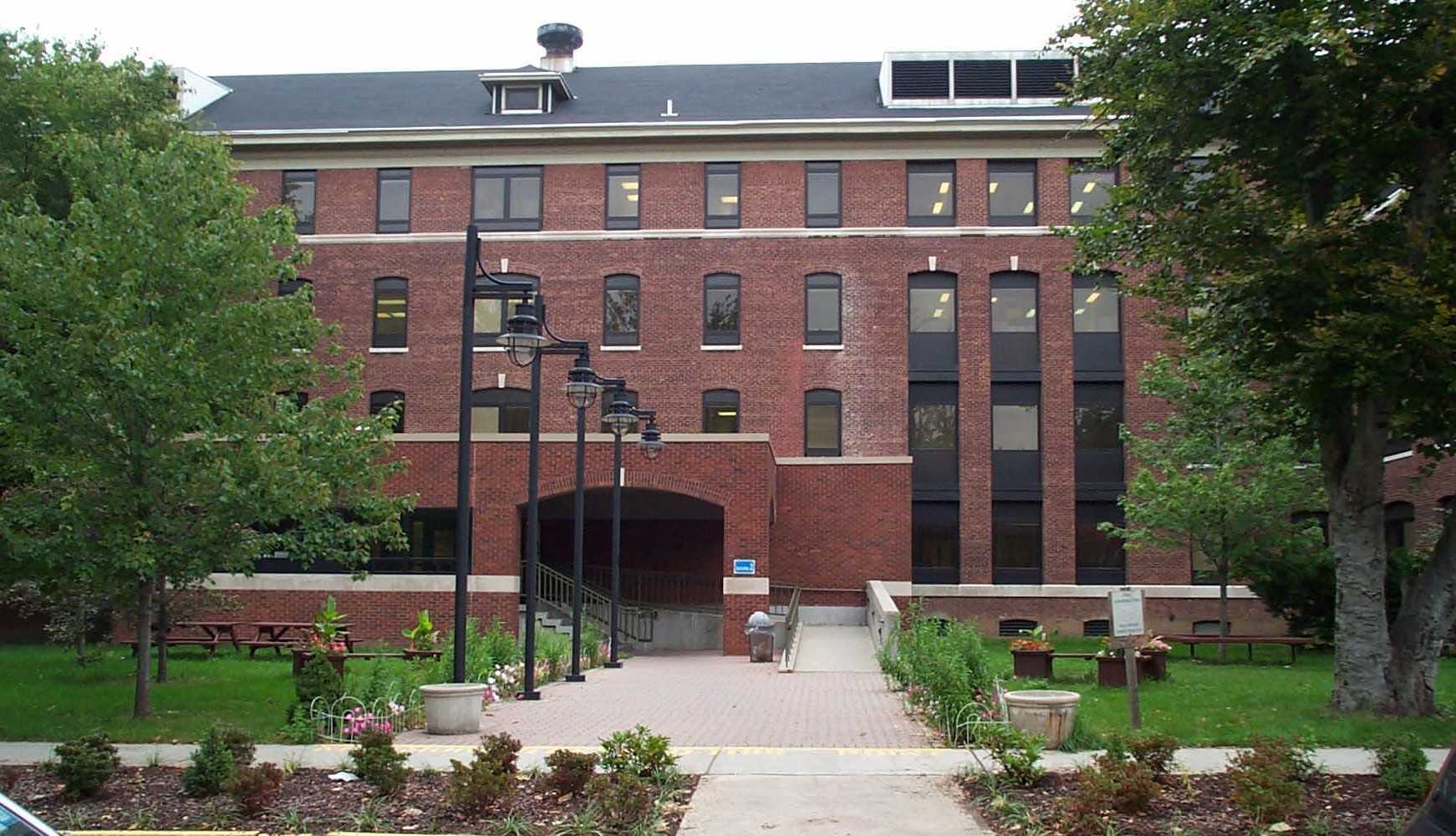 The death toll from the novel coronavirus at state psychiatric facilities is rising, according to what scant official figures are available, hinting at a nightmare unfolding inside some of New York's least visible institutions. In just over a week, the number of residents confirmed to have died from the virus has tripled, according to data provided by the state Office of Mental Health (OMH), which runs the 23 centers.

Thirty residents are dead and another seven are suspected to have died from COVID-19, out of roughly 3,500 patients living in state-run inpatient psychiatric facilities. Another 259 current residents, many of whom are there involuntarily after being diagnosed with a severe mental illness, have tested positive for the coronavirus as of Wednesday, April 22. An OMH spokesperson said the agency is in the process of updating the number of employees who have tested positive. On April 17, officials reported 283 out of about 14,400 staff members had contracted the virus.

Citing privacy laws, OMH would not report on staff deaths or even comment on a tip that an employee at Manhattan Psychiatric Center had died of the virus. The agency has also denied requests for a breakdown of positive cases and deaths by facility, county, or region.

This snapshot of the virus' wreckage, now common in other contexts, has only begun to surface 55 days after Governor Andrew Cuomo declared a state of emergency in New York, and only after inquiries. Asked by Gotham Gazette, OMH acknowledged 10 resident deaths at its facilities on April 14. For more than a week after, OMH did not provide updated numbers on its facilities until Thursday, April 23, when the 37 confirmed and suspected coronavirus-related deaths were reported.

People with knowledge of the facilities say the pace at which officials are releasing information and the amount left undisclosed is part of a pattern of obscurity that is able to flourish around a population with few people advocating for it on the outside. It may also suggest an agency without a firm grasp on conditions in its facilities, where the virus is claiming many lives.

Gotham Gazette had identified close to 20 resident deaths in just two psychiatric facilities in downstate counties, when OMH was still reporting just ten. An OMH spokesperson wrote in an email Thursday that the initial ten referred only to confirmed cases.

Meanwhile, the number of confirmed COVID-19 cases and deaths statewide, and in other congregate living sites like nursing homes, ticks up by hundreds each day.

"OMH said that there were ten deaths in all 24 facilities?" asked an employee with direct patient contact at Rockland Psychiatric Center in an interview Wednesday. "No. It's more like ten deaths per facility."

"They are officially acknowledging at least 9 deaths at my facility. I think we are currently up to ten or eleven," the employee told Gotham Gazette.

Members from the Public Employees Federation, a union representing thousands of employees working in the state-run psychiatric centers, have reported to union leadership that at least seven residents at Pilgrim Psychiatric Center on Long Island have died from COVID-19. A patient advocate who works with residents at Pilgrim said they were aware of nine patients who have died there since the outbreak began. (The New York Times reported Friday that the state had confirmed that 10 patients at Rockland and nine patients at Pilgrim have died.)

Everyone who spoke with Gotham Gazette for this story spoke on the condition of anonymity out of fear of reprisal from OMH or for the protection of their clients.

"I think Manhattan Psychiatric also [has] about nine or ten" residents who have died, said the Rockland employee. That information came to them through an informal grapevine of doctors, nurses, and other direct care workers who have become increasingly concerned about the conditions in facilities and the silence surrounding them.

"We talk to each other," the Rockland employee said. "The administration does not communicate that information."

OMH inpatient facilities have been among the hardest hit but most under-discussed congregate living settings in New York. Throughout the months of March and April, patients have continued to gather in close quarters and employees have struggled to get sufficient personal protective equipment (PPE), as Gotham Gazette first reported, creating a fertile environment for spreading the virus. Reports from various service-providers say patients, also lacking PPE, do not have the resources to maintain sanitary conditions and many do not apprehend social distancing and hygiene guidelines.

Patients in New York's psychiatric institutions suffer from severe mental illness like bipolar disorder and schizophrenia. Most residents are admitted through the criminal justice system and are held involuntarily. Many have underlying medical issues that exacerbate the risk of dying from COVID-19.

According to union officials, in the last week of March OMH leadership told labor unions they were still in the process of assessing how much PPE was available at each facility. The Rockland Psychiatric Center employee told Gotham Gazette it wasn't until the second week of April that staff with direct patient contact began receiving one N95 mask per week. Multiple accounts from union leaders and psychiatric staff suggest employees were not allowed to wear certain PPE, even if it was available, until April. Only last Friday, April 17, did employees at Rockland Psychiatric who worked with patients start getting one N95 mask, one surgical mask, and one gown per day.

With the supply of PPE low statewide, the new arrangement is as much as workers feel they can hope for. "This is the first week where we feel we are adequately staffed and have adequate PPE," said the Rockland employee. "But we've had many, many patients get sick, many, many staff get sick in that time."

Other facilities have been ravaged. Mid Hudson Psychiatric Center, in Marcy, New York, is one of the biggest and most notorious psychiatric institutions in the state. With a high number of so-called forensic patients -- residents who have come in involuntarily through the criminal legal system -- the facility is already prone to violence and chaos. Since the outbreak began, at least 89 employees there have called out sick, according to a Public Employee Federation leader.

At Rockland Psychiatric, only three units out of 14 are without COVID-19 positive patients, according to an internal report from union leadership that was reviewed by Gotham Gazette. Forty union members have tested positive there and at least one staff member, a mental health therapy aide, has died, the report says. At Kingsboro Psychiatric Center in Brooklyn, staff members exhibiting COVID-19 symptoms could not take paid sick leave unless they tested positive, even if they had a note from a doctor, per emails among employees shared with Gotham Gazette.

OMH has not released information on how many facility-based workers have died of the novel coronavirus, despite numerous requests for that information from Gotham Gazette. In the most recent response, on Friday April 24, OMH Director of Public Information, James Plastiras, wrote: "Suspected COVID-19 related employee death totals at the facilities do not meet the data privacy reporting threshold." In response to a tip that an employee at Manhattan Psychiatric Center had died after contracting the coronavirus, Plastiras last week wrote, “OMH is prohibited by State and Federal privacy laws from providing protected health information.”

But an OMH employee newsletter sent in the beginning of April and obtained by Gotham Gazette includes the names and biographies of four "heroes," workers at OMH psychiatric facilities "who were lost to us during the epidemic." The employees -- a secure care treatment aide at Rockland Psychiatric; a security officer at Kirby Forensic Psychiatric Center; and two mental health therapy aides, one at Kingsboro Psychiatric Center and one at Manhattan Psychiatric -- had a collective 86 years of service, according to the newsletter.

Plastiras said OMH had gotten permission from the employees' families to publish the information, and that the newsletter was only meant to be seen by OMH staff, not the general public.

Cuomo has faced intense pressure from members of the media to provide detailed information on testing, positive cases, and deaths in nursing homes, where residents live closely to one another and are already highly susceptible to the virus because of their age and underlying conditions. In response to scrutiny about incomplete information on where nursing home deaths have taken place and other details, Cuomo has repeatedly said the state can only report to the public what nursing homes, most of which are privately run, report to the state Department of Health. But the Office of Mental Health runs the state's 23 public psychiatric institutions directly and is not dependent on outside entities for information about its facilities.

OMH is not the only government agency restricting information about inpatient mental health facilities, and their patients and staff. Gotham Gazette has been seeking data from New York City Health + Hospitals, the city's public hospital system, about the number of patients transferred since the start of the coronavirus outbreak from city hospitals to OMH inpatient centers.

A Health + Hospitals spokesperson did confirm to Gotham Gazette that psychiatric patients that could not be discharged from hospitals were transferred to state institutions as part of the city's effort to free up hospital beds for COVID-19 patients.

"We have not disclosed the number of inpatients psychiatric transfers to State facilities," the spokesperson wrote in an email. The spokesperson did not directly respond to questions about why they are not publishing the figures, writing, "We haven't shared this data publicly. We'll let you know when it's available."