UPDATE: This debate occurred on June 8, among the three challengers after Rep. Maloney backed out the day of the debate due to illness. Watch the debate video here.

The four candidates running the Democratic primary in New York's 12th Congressional District, which includes parts of Manhattan, Brooklyn, and Queens, and is currently represented by Rep. Carolyn Maloney, will debate on the night of Monday, June 8, from 8-9:30 p.m. The challengers are Suraj Patel, Peter Harrison, and Lauren Ashcraft.

The debate is being hosted by Empire State Indisivible and will be moderated by Gotham Gazette's Ben Max. It will be streamed over Zoom and Facebook. The Facebook event page can be found here. Zoom information will be available and posted here soon. 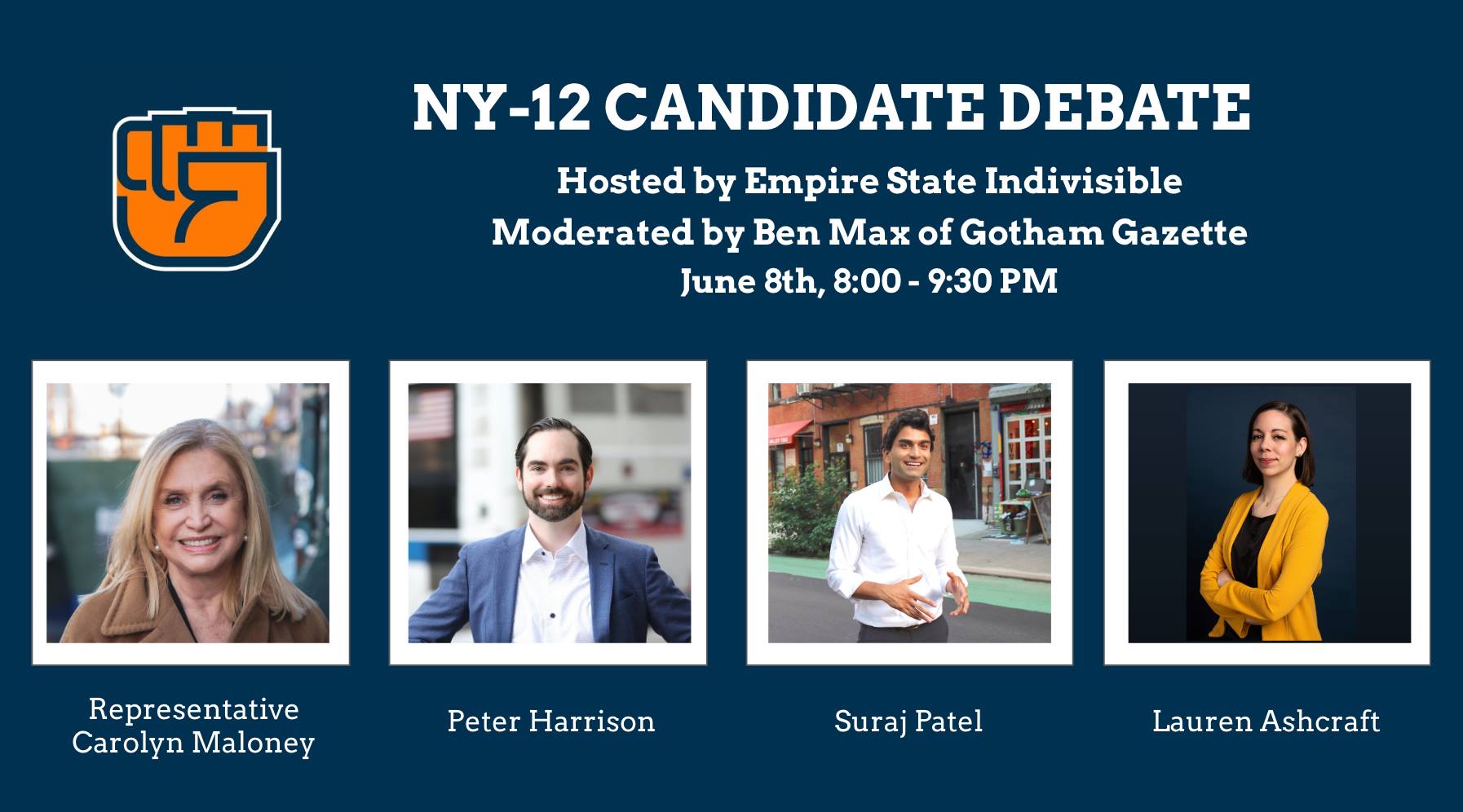