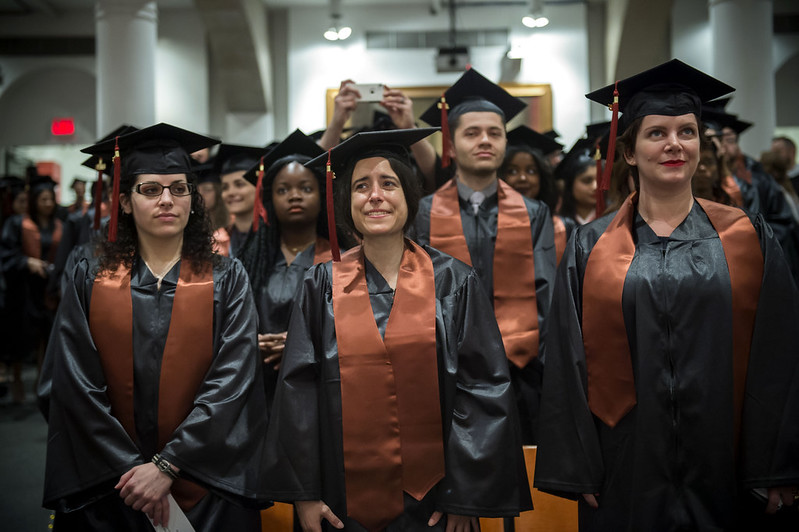 As CUNY braces for tens of millions of dollars of potential city and state cuts to its budget, hundreds of its most vulnerable employees are bracing for pink slips.

Colleges across the sprawling, citywide public university system have announced contingency plans to drastically reduce course offerings, adjunct professors and other part-time employees ahead of expected budget shortfalls, leaving many unsure of their positions for the upcoming semester.

Manhattan’s John Jay College of Criminal Justice, for example, plans to cut over 400 adjuncts, according to the Professional Staff Congress, CUNY’s staff and faculty union. Meanwhile, Brooklyn College could shrink course offerings by 25 percent. The College of Staten Island could reduce classes by 35 percent, the PSC said, though a spokesperson from the college denied that there is a planned course reduction to such a degree without offering further specifics.

With a major deadline for reappointing adjuncts later this week, PSC estimates that hundreds or even thousands of adjuncts could lose their jobs due to the cuts.

The proposed cuts have the potential to drastically shake up CUNY, where 56 percent of classes are taught by adjunct professors, according to the PSC. CUNY employed roughly 7,280 full-time faculty and 12,288 part-time faculty across its 11 senior colleges, seven community colleges, and seven graduate, honors, and professional schools during the most recent academic year.

In an open letter to CUNY Chancellor Félix Matos Rodríguez, PSC President Barbara Bowen denounced the potential cuts, calling for administration accountability during this tumultuous time for the university.

“At this moment of economic and health crisis, the CUNY administration should be defending the University and advocating for an expansion of CUNY to meet the needs of working people—not assisting in the University’s destruction,” she wrote.

With New York state and city governments facing massive budget shortfalls in the fallout of the COVID-19 crisis, Governor Andrew Cuomo has said major across-the-board budget reductions are looming, while Mayor Bill de Blasio has outlined a potential $31.6 million reduction in funding for CUNY next fiscal year, according to a CUNY official. Both leaders have said general cuts may not have to be made if the federal government comes through with a “bailout” to replace lost tax revenue, and the CUNY system is also looking to Washington, D.C. to shore up its coffers.

Freeman Klopott, spokesperson for the New York State Division of the Budget, confirmed that in the absence of federal funding, spending cuts would have to be made, with a plan for specific reductions in the works. Laura Feyer, a spokesperson for the Mayor’s Office, also called on the federal government to assist the city and avoid “disastrous” budget cuts.

“To date, badly needed additional federal support has not materialized,” CUNY spokesperson Frank Sobrino said in a statement. “CUNY joins in calling on the federal government to take prompt action to support New York and stave off potentially deep cuts to our academic programs, campuses and our students.”

A Brooklyn College spokesperson also said that the pandemic has had a “major, negative impact on the state economy.”

“In anticipation of potential budget cuts from the city and state, academic departments are being asked to trim sections and classes that are under-filled,” the spokesperson said in a statement. “While department chairs have been asked to turn in course schedules with a 25 percent reduction in sections, this is being used to assess budgetary and equity perspectives.”

A John Jay spokesperson directed questions back to the CUNY central office.

Adjuncts from across the system say that communication has been unclear about what potential cuts could mean for them and the students they serve.

Pamela Stemberg, an adjunct English professor at Manhattan’s City College and the Bronx’s  Hostos Community College, said that she already has lost a class at Hostos. At City College, where she is vice-chair of the college’s PSC chapter, she said she’s concerned that cuts will force the college to increase its class sizes and put a strain on professors and students.

“It’s English composition, how much bigger can you possibly make the class? Well I guess I’ll find out,” she said.

Professors like Stemberg fear that cuts would stunt the university’s ability to reach the students who need help the most.

CUNY’s mission is to be a means of upward mobility for some of the city’s most economically disadvantaged students, and it serves one of the most diverse student bodies in the nation. Of the 245,000 undergraduates at CUNY, 61 percent come from households where neither parent graduated from college, and 35 percent of students were born outside of the United States, according to CUNY.

Katie Uva, an adjunct lecturer in history at Manhattan’s Baruch College and the Bronx’s Lehman College, said that at 38 students, her class sizes are already “enormous” and that it would be harder for students to obtain needed credits if class offerings were reduced.

Uva said no one has communicated anything specific about cuts to her. She is confirmed to teach at Lehman over the summer and was reappointed to her position at Baruch, she said.

“CUNY management is doing a bad job in communicating why they think these cuts are necessary,” Uva said, adding that she thinks the cuts would be “disastrous.”

Jenna Tipaldo, an adjunct who teaches statistics at Manhattan’s Hunter College, is worried about the ramifications the cuts would have when coupled with the setbacks professors and students have experienced this semester with online instruction. As the COVID-19 pandemic spread through New York City, CUNY moved to a distance learning model in mid-March.

Tipaldo said it’s more difficult to read students’ non-verbal cues over video-conferencing platforms like Zoom, which makes it harder to see which students are understanding the material and which aren’t.

“To be able to bridge the gap for this semester, I do think students will need additional support,” she said, looking ahead to the fall. As of May 24, CUNY has not announced plans to reopen in-person schooling in September. Plans to reopen other colleges across the city have been mixed — while New York University and Fordham University have said they plan to do so, Columbia University also hasn’t yet announced plans.

CUNY professors have begun organizing against the potential cuts. Rank and File Action, a CUNY activist group born out of the adjunct pay-raise movement, has asked professors to withhold grades for the spring semester in protest of the proposed cuts.

The PSC has called for greater taxes on the wealthy to fund public education, an idea backed by a handful of lawmakers, including State Senators Michael Gianaris, Andrew Gounardes and John Liu and Assemblymembers Aravella Simotas, Harvey Epstein and Catalina Cruz.

“Adjunct faculty are not expendable. They are talented teachers and devoted mentors of students; they deserve far better than panicked, preemptive layoffs,” Bowen said at a May 15 PSC press conference.

CUNY colleges must notify adjuncts if they will be reappointed to their positions by Friday, May 29.