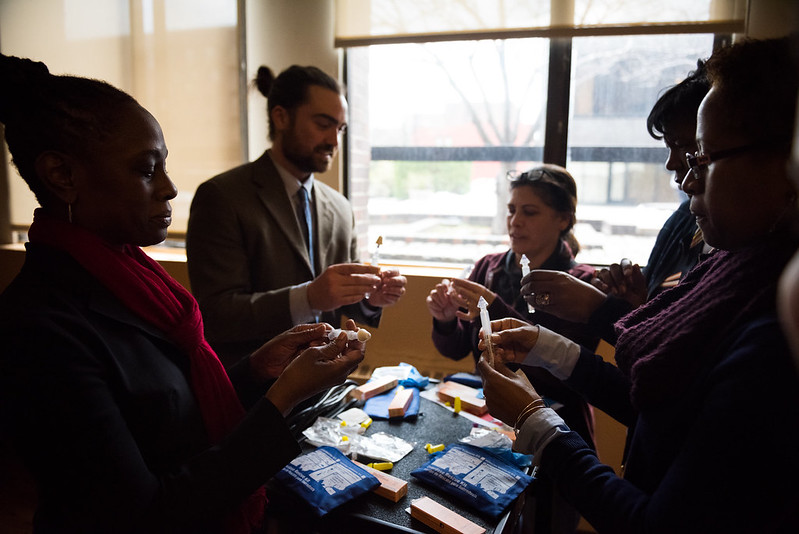 With the pandemic blowing a hole in the economy and leading to a drastic drop in state tax revenue, budget officials have for months been withholding payments for state contracts to manage cash flows. Among the victims of that fiscal approach are substance use treatment providers who are being forced to cut already-limited services and consider staff layoffs and furloughs, which they say will likely lead to a sharp increase in overdoses and new disease outbreaks around the state.

The pandemic caused a 14% drop in expected revenue for the state in the current fiscal year, roughly $13.3 billion, leading the state to reduce $4 billion in spending so far by withholding contract payments across the board and imposing freezes on new contracts, hiring, and pay raises, according to the Division of Budget. Governor Andrew Cuomo has said the state cannot meet the shortfall unless the federal government provides aid, failing which he would cut about 20%, or $8.2 billion, of funding for local governments for everything from education and social services to health care programs.

But several nonprofit providers that contract with the state to run substance use treatment programs – including syringe exchanges, sexually-transmitted infection (STI) screenings, naloxone overdose rescue training, and more – are already feeling the crunch, having gone months without being paid by the state. The state has also cut local funding for substance use and addiction treatment programs by 31%, according to news reports, exacerbating providers’ worries about being able to provide services.

In interviews, providers and harm reduction advocates painted a dire picture. They say that the already rising rate of overdoses that they are witnessing is at risk of spiking to the same levels as 2016, when the opioid epidemic reached its peak and spurred local and state officials into action. Since official data lags behind and could be unavailable until even a year after the fact, they fear that by the time the actual numbers become apparent, it will be too late. A generational crisis could be underway.

Syracuse-based ACR Health receives nearly 90% of its funding from the state Department of Health and has been grappling with months of delayed payments. The nonprofit has had to furlough 70 out of 142 staff members and close three of its five offices. “We've really been struggling with the lack of consistent payments from the state,” said Wil Murtaugh, ACR Health executive director, in a phone interview, noting that the state was more than $1 million behind in payments. The first notice they received that funds would be placed on hold was near the end of June, leaving the group scrambling for solutions.

Alessandra Miller, director of ACR’s Department of Drug User Health, said the organization was planning to resume outreach operations that were suspended when the pandemic hit. “We're no longer really able to perform physical outreach to this population because of this lack of funding,” she said.

Besides Syracuse, ACR also has centers in Utica and Watertown, but they have had to cut services at those two centers down from five days a week to two. Their programs cover nine counties in and around the area, where people have the highest needs.

“Of course, that's going to increase overdoses and consequently deaths related to overdoses. But also, you're talking about latent consequences of drug use and substance use like HIV and Hepatitis C,” Miller added. Miller and Murtaugh said their testing program has already seen a massive increase in STIs.

Jay Dewey, a spokesperson for Hudson Valley Community Services, similarly said his organization has not been paid for most of its state contracts since February. They’re owed as much as $1.6 million and they may have to resort to dipping into reserve funds while also relying on a federal Paycheck Protection Program loan. “But the TPP funding will be gone within a few days and so we estimate that by the end of August, we may need to look at furloughs, layoffs and a reduction of some of our services,” he said.

The nonprofits may also have no option to enforce the contracts. Dewey said a state elected official suggested that they may have grounds to file a lawsuit against the state for nonpayment. “But that's kind of laughable because if we don't have money to continue programs, how will we have money for legal fees to sue the state of New York? So, it was an answer from a representative but not a very satisfactory one,” he said.

At Evergreen Health Services in Buffalo, Emma Fabian, associate vice president of harm reduction, expressed concern about what cuts to programs could mean for rural communities that rely on their services. Evergreen runs syringe exchange programs in Buffalo and Jamestown and runs a mobile unit that serves surrounding areas. Between the two sites, the program serves more than 100 people per day, providing naloxone, sterile injection equipment, as well as medication-assisted treatment for addiction.

Already, Fabian said, fatal and non-fatal overdoses in Erie County are on track to be higher than in 2016. “What the numbers are showing is it’s not only statewide,” she said. “It’s perhaps a serious issue our entire country's going to be facing, again.”

A spokesperson for the state Division of Budget emphasized that funding has not been cut, but is being withheld, at least for now. “There has been no permanent reduction in support for these services at this time,” said Freeman Klopott, the spokesperson. “Instead, the State is holding back a portion of payments as it contends with a cash crunch caused by a 14% drop in revenue due entirely to the pandemic and the State needs the federal government to deliver much-delayed funding to cover this revenue loss so that we can continue to provide support for the most vulnerable New Yorkers.”

The End Overdose NY coalition has been lobbying lawmakers and the governor to address the current crisis with more urgency, as service providers across the state increasingly head towards a fiscal cliff. Alexis Pleus, executive director of Truth Pharm and the co-chair of the New York State Harm Reduction Association, said the twin issues of non-payment of contracts and the cuts to funding for services are colliding, as localities without resources of their own cannot afford to step in to fill the gaps. “It's not even as if a county could suddenly support these programs that New York State is under contractual obligation to pay,” she said in an interview.

“I don’t think the governor’s paying attention at all,” she said. “He's literally taking this population and just throwing their lives away, saying their lives are not valuable at all.”

“Without those programs, diseases will run rampant, again,” Pleus said. The “ripple effect” of the lack of services could last a decade, if not more, she added.

As advocates and service-providers have pointed out, the general public health guidance during this pandemic is in direct opposition to the advice that harm reduction providers give to substance users. People who would usually be told to avoid use alone are now being told in glaring public notices to maintain social distancing and isolate as much as possible.

“We had a substance use disorder and opioid crisis before the pandemic hit, and because of the pandemic, we are now having more people suffering in isolation,” said State Senator Pete Harckham of Long Island, who chairs the Senate’s Committee on Alcoholism and Substance Abuse and who has discussed his own battles with substance use and addiction. Harckham has called for a $38.5 billion federal emergency aid package for behavioral health programs across the country.

Harckham said the state’s withholding of contract payments is akin to “taking a tattered safety net and just shattering it. This is like cutting emergency rooms and ICUs in the middle of a pandemic. These clinics and these nonprofits are the ICU for people with substance use disorders.”

Harckham acknowledged that the state is in a difficult position as it lacks the necessary revenue to shore up these services. “But this is among the most vulnerable populations and for them to be on the brunt of this is really concerning,” he said.