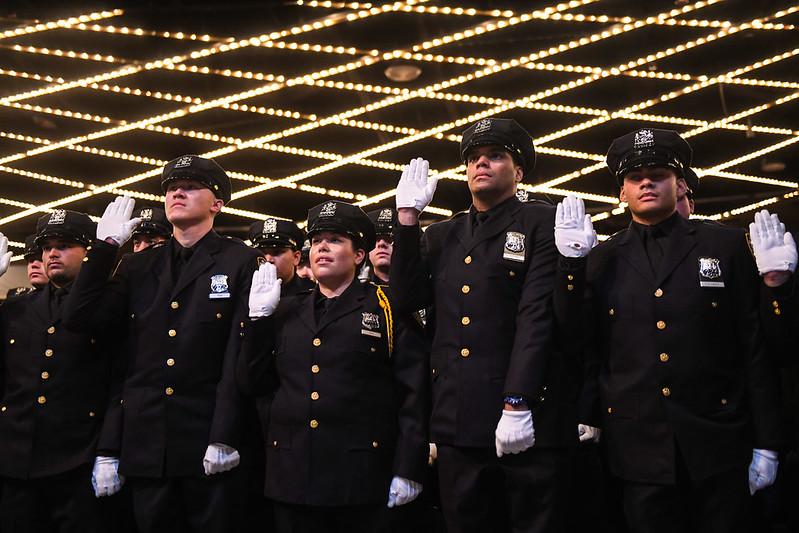 In the wake of the killing of George Floyd and other Black Americans at the hands of law enforcement, the Qualified Immunity Doctrine has come under increased scrutiny from activists and elected officials. Simply put, when applied to police officers, qualified immunity means that officers can rarely be subject to civil lawsuits in their individual capacities over allegations of excessive force, brutality, or other misconduct while on the job. In other words, they have a certain immunity to such legal responsibility based on the jobs they have, the justification for which is level of danger and necessity of quick decision-making in their jobs.

Nationally, the Democratic-controlled U.S. House of Representatives recently passed the George Floyd Justice in Policing Act, which would restrict the use of qualified immunity for state and local officers by changing the standard from “willfully” to “knowingly or with reckless disregard,” among other reforms. The measure passed on a party-line vote in the House and is not expected to be taken up by the Republican-controlled Senate, while President Trump has indicated opposition to the measure.

In New York, State Senator Zellnor Myrie, a Brooklyn Democrat, announced plans in late June to introduce a bill that would curb qualified immunity in the state by ending it for police officers. The announcement followed the passage of a series of police reforms by the Legislature and signed into law by Governor Andrew Cuomo during the initial Black Lives Matter protests in the wake of George Floyd’s killing, most of which were long-standing pieces of legislation.

Citing harm inflicted by police officers particularly upon Black and brown people, Myrie said in announcing the legislation, “In the absence of federal action, it is important for New York to step up and show the public that when police officers violate an individual’s rights, we will hold them accountable for their misconduct.”

The goal, Myrie said, is “to prevent the misconduct in the first place.” He noted that “Both liberal and conservative legal experts have agreed that this doctrine is antiquated and unfair.”

Anthony Crowell, the NYLS Dean, opened the event by noting “There’s been a real shift in how these issues are considered and addressed in our culture and our politics, but more needs to be done,” and that “The doctrine of qualified immunity is a deeply-polarizing topic.”

“It’s important to focus on genuine issues that impact policing and community relations,” said Crowell, who served as a Counselor to Mayor Michael Bloomberg for over a decade.

In beginning the discussion, Abraham noted that about a thousand people had joined the event, which was held over Zoom, most of whom were lawyers there for bar-mandated Continuing Legal Education (CLE).

Purcell started the discussion by presenting a history of the Qualified Immunity Doctrine and how its application has evolved over time. Under federal law (42 U.S.C. § 1983), a person can sue for damages when state or federal officials violate their rights. However, since 1951, federal courts have determined that a level of immunity exists for certain government individuals. Professor Purcell asserted that these immunities were “judge-made law.”

For example, members of Congress members and Presidents of the United States have “absolute immunity,” which prevents them from being subject to lawsuits for carrying out their official functions. This does not mean that the institutions cannot be held liable, but simply that the individuals who occupy those positions cannot be held personally liable for actions taken while performing their duties.

Other government officials, such as police officers, have been determined to hold something called “qualified immunity,” which means that they are protected from liability if the official believed in good faith that their actions were lawful and that the conduct was objectively reasonable.

In Pierson v. Ray (1967), a case where a police officer was being sued for civil rights violations allegedly committed on the job, the Supreme Court first asserted that police officers had qualified immunity based on common law. Purcell called this “dubious reasoning” and speculated that the Warren Court, known for progressive rulings such as Brown v. Board of Education (1954) and Loving v. Virginia (1967), “quite likely was reacting to two things: it had made a series of decisions over the years that increased the constitutional rights of defendants and was accused of being anti-police” and this was also a “time of considerable strife in the cities.”

“Quite likely that the Warren Court felt it needed to balance their decisions,” Purcell concluded.

In the 1970s, as the progressive Warren Court was replaced by the more conservative Burger Court, the Supreme Court began moving further right on the issue, with the public policy goal of wanting to protect the “common good” by minimizing “frivolous” lawsuits against governmental entities, according to Purcell. At this time, the courts moved away from the good faith element of qualified immunity as being too subjective and tried to establish a solely objective test of whether or not a police officer acted reasonably under established law.

In cases where officers were acting “under pressure and haste,” Purcell said, courts “had to sympathetically regard their positions,” meaning “mistakes probably don’t count.” Furthermore, officers were further protected from liability if they “had no reason to understand that he or she was violating the established law.” As Purcell explained, the federal courts have ruled that a lawsuit under Section 1983 “needed several cases to make it clear that law was established and from relatively-high jurisdictions and were consistent and close factually.”

Purcell said that this had the effect that it “became more and more difficult to establish law” as it relates to these cases, a point Bragg later echoed, and that “65-70% of such cases were dismissed by federal circuit courts for this reason," though that number is disputed.

“The objective nature of the qualified immunity test operates in special part against Black defendants who are barred from bringing forward evidence of racial motive,” said Purcell, because individual and departmental records of past misbehavior cannot be entered as evidence in such cases.

Williamson, whose work at the ACLU focuses on police misconduct cases, said, “Qualified Immunity is the bane of our existence.” He went further, saying that “one of the biggest byproducts of this doctrine is that courts have been given license to first identify whether qualified immunity exists before even getting to the question of whether the action violated the Constitution.” Williamson mentioned one case he had worked on in which a person suspected of a crime was seriously injured by police dogs and the case could not go forward because the court had ruled the action fell under the purview of Qualified Immunity.

Bragg said that Qualified Immunity “stunts the development of the law. It’s almost like a cycle. If the courts aren’t forced to deal with the underlying constitutional violation, it becomes a pernicious cycle.”

If Qualified Immunity were to be ended, Bragg asserted, “I think you would streamline cases, you would develop the law in a fuller way. It would be very impactful.” However, he noted that “when we talk about police accountability, it’s about the totality of the circumstances. There’s no one thing we can do in this space that can change these cases.” He noted that various studies have determined that between 25% and 50% of deaths caused by police officers initially arise from a mental health incident.

Williamson added that “lower courts have an easy out” on police brutality cases. “That’s a much larger issue and a much larger fight,” he said, but argued “doing away with Qualified Immunity would be a great step in the right direction.”

Purcell added that it is “unlikely there’s going to be a significant change” coming from the courts on their Qualified Immunity rulings. He said that, except for Justice Sonia Sotomayor, the Supreme Court’s liberals have largely adopted the conservatives’ position on Qualified Immunity, based largely on a goal of limiting the federal courts’ case dockets. On the conservative side, Justice Clarence Thomas and the libertarian-leaning Cato Institute have voiced some skepticism of the doctrine.

“The only redress is that the legislature would have to step in,” said Burkhalter, which Congressional Democrats are attempting through the Floyd Act. Williamson voiced some optimism about change, saying that Qualified Immunity “is slowly but surely seeping into mainstream consciousness,” noting the recent strike and protests by NBA players, who included an end to Qualified Immunity for police officers in their list of demands.

When asked about the proposed New York State ban on Qualified Immunity, Purcell said “There’s not reason states can’t do it.” Williamson cautioned, “I don’t know that it would lead to any change on the streets,” given it relates to civil lawsuits that happen after the incident at hand.

In New York City, the Qualified Immunity doctrine made it difficult to bring civil claims against abuses of the NYPD’s stop-and-frisk policy, which was ruled to have been practiced unconstitutionally by the department in its indiscriminate targeting of young men of color.

As a former NYPD detective, Burkhalter told the panel, “I never heard about Qualified Immunity until my sixteenth year in the police department,” and it was during a law school class. He said abolishing or significantly curtailing it would not affect how police officers act. “I don’t believe that police officers by and large are thinking about Qualified Immunity while doing their jobs,” he added.

Burkhalter described police departments as “paramilitary organizations,” which are “structured like the military” through their ranks, disciplinary processes, and insignia, among other things. This, according to Burkhalter, means that departments are “based on a punishment model, not a model of rewards” and that “every member of a police department is made aware of infractions.”

“We indoctrinate our police officers to fear punishment,” said Burkhalter. “We see this from the rhetoric of the unions. It’s their job to protect their members from punishment.” Burkhalter argued that because Qualified Immunity shields officers from potential punishment, it makes it hard to correct misbehavior.

“The purpose of the doctrine is to allow folks to respond without fear of second-guessing snap judgements,” but “we’ve moved far beyond that,” Burkhalter argued. “We do have a system that’s somewhat broken. That’s undeniable. This is the first step. The onus is on the police department to fix their practices.”