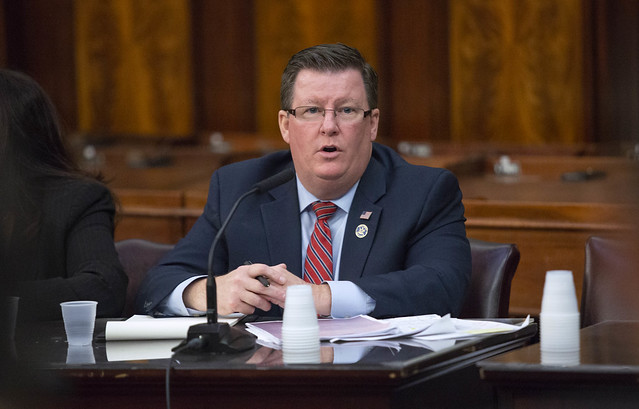 The New York City Board of Elections has not submitted a state-mandated report on its staffing needs for this fall, blowing past a September 20 deadline set by Governor Andrew Cuomo and raising concerns about the city's preparedness for the consequential general election. It is the only jurisdiction in the state to miss the deadline, according to officials at the State Board of Elections, to which the reports are due.

The mandate and deadline, set in a late-August executive order, was intended to ensure election administrators were ready for a record number of votes, and ready to count them quickly, including a quantity of mailed-in ballots expected to dwarf what they faced in the chaotic June primaries. The report's delay comes when officials, including Cuomo, are questioning the competence of the city's election system, operating amid a pandemic, after a vendor mishap led to nearly 100,000 absentee ballots being mailed to the wrong voters in Brooklyn and Queens.

The order required local boards to submit to the State Board of Elections staffing plans and needs for early voting and Election Day, and for the counting of ballots after polls close. The deadline was intended "to provide adequate time for the state Board of Elections to assist as feasible," according to the order.

With President Trump repeatedly raising the spectre of voter fraud and questioning the validity of future election results, at times pointing to issues in New York as justification, a growing concern is the time it will take administrators to count ballots and certify a winner. As in the June primaries, the city BOE is expecting that process to take up to six weeks because of the large proportion of mailed-in ballots that must be counted by hand and cross-checked against votes cast throughout the state.

"I'm issuing today's executive order because we want boards of elections to count votes efficiently and we want them to get it right, but we want it done in a timely manner," Cuomo said in a statement on August 24.

"We don't want to hear after-the-fact excuses for why you couldn't do it," he told reporters the same day. "Tell us how you're going to do it before-the-fact, and your staffing plan from the board of elections that will actually do that."

"This election is going to be one of the most critical in modern history. It will be controversial," he added.

The New York City Board of Elections, which encompasses all five boroughs, is the only board in the state not to submit a report. "They still have failed to provide the required plan after numerous follow up requests," wrote State Board of Elections Co-Chair Douglas Kellner in an email to Gotham Gazette Tuesday.

The New York City Board of Elections did not provide a comment for this article. Cuomo's office did not respond to multiple requests for comment.

"Once again, the City BOE has failed to take the necessary steps to ensure New York is prepared for the next election," wrote Tom Speaker, the group's elections analyst, in an email. "No one will be surprised if November produces the same turmoil that New Yorkers saw in the June primary. We call on the City Council and State legislature to start taking steps to abolish the NYC BOE and replace it with a professional, nonpartisan agency."

The State Board has reviewed personnel surveys from the 57 county boards outside New York City and is closely monitoring 11 boards in particular, according to a spokesperson. The boards have benefited from a national poll worker recruitment effort on September 1, that grew the pool of election workers, clerks, and custodians available to administrators. Many boards reported scheduling additional inspector training sessions to manage the influx, the spokesperson said.

The city BOE has also missed another report deadline, this one on its implementation of a separate executive order requiring it to establish dropboxes for absentee ballots at BOE offices and poll sites. The Board has announced that it will have a dropbox at every early voting and Election Day poll site, and at each of its borough offices, fulfilling the requirement of the order.

"While it is very clear from Ms. Sandow's and Mr. Ryan's testimony that they do have the dropbox program licked, and I am pleased with their efforts on that, they have not provided the report, which is required by the governor," Kellner said Friday at an oversight hearing conducted by the City Council's governmental operations committee, referring to the city BOE's executive director and his deputy.

"It just raises another concern about the lack of attention to detail," he said.