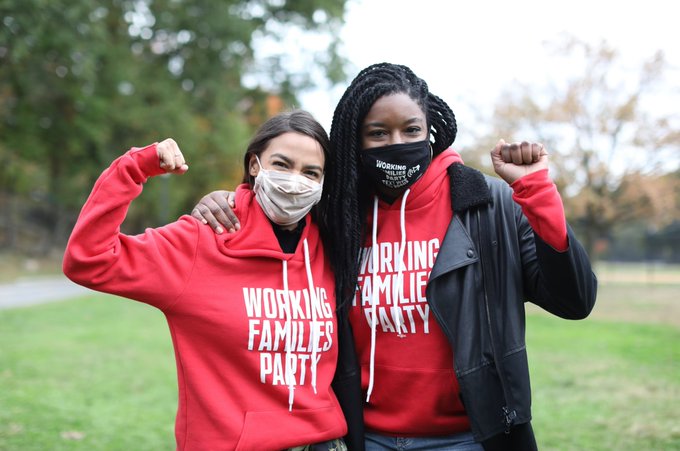 Many of New York’s smaller political parties face an uncertain future after they appear to have failed to garner enough votes to keep an automatic ballot line over the next two years under new rules that went into effect in this election cycle. Only the Working Families Party and the Conservative Party seem to have emerged unscathed, rallying voters to meet new thresholds through votes for their presidential and vice presidential nominees.

As part of the state budget, the Legislature and Governor Andrew Cuomo approved a new campaign finance system for New York with a public matching component and lower contribution limits, meant to curb the effects of wealthy donors and encourage small donations from everyday New Yorkers. Beginning in 2021, candidates will be able to opt in to the voluntary system.

But the new system was passed in combination with increased thresholds for political party ballot access that essentially only place a burden on minor parties like the Working Families, Green, Conservative, Libertarian, and Independence Parties. Under New York’s fusion voting system, those parties can cross-endorse candidates from the Democratic and Republican parties, and all the votes for the same candidates get tallied together. For instance, Joe Biden and Kamala Harris were the Democratic presidential and vice presidential nominees but also appeared on the ballot on the Working Families Party line. Likewise, Trump and Pence were candidates on the Republican and Conservative Party lines.

Under the new ballot rules, minor parties have to win 2% of all votes cast or 130,000 votes, whichever is higher, every two years, in gubernatorial and presidential elections, in order to win a ballot line on which they can run candidates for all offices as they choose. And the votes must come at the top of the ticket, for the presidential/vice presidential nominees and the nominees for governor and lieutenant governor, which are run as pairs on the general election  ballot.

Under previous rules, parties only required 50,000 votes in gubernatorial elections every four years. Unlike the broader campaign finance system and contribution limits that will be in place after the November 2022 general election, these party ballot thresholds went into effect for the presidential election this year -- a combination that appeared designed to hurt the Working Families Party and aid Governor Cuomo’s expected campaign for a fourth term.

Despite a daunting challenge, the Working Families Party marshaled immense resources, including hundreds of thousands of dollars in spending and endorsements from many major Democratic politicians both in New York and beyond, and far exceeded the needed votes.

Through the initial count of in-person ballots cast via early voting and on Election Day across the state, Biden and Harris received 287,374 votes on the Working Families Party line, about 4.42% of the nearly 6.5 million votes cast through Tuesday evening.

Both parties would seem to have crossed the barrier for automatic ballot access for the next two years. Based on past results, the Conservative Party was expected to more easily meet the threshold while the WFP was thought to be in some doubt, leading to its massive campaign.

The unofficial election night results don’t account for the 1.2 million absentee ballots cast statewide, which will not begin to be tallied until next week and will change the exact thresholds that the parties have to meet. Even if all those absentee ballots are validated, which is unlikely, the total vote will be about 7.7 million, setting the ballot access threshold at roughly 154,000 votes.

“New York’s progressive movement is stronger than ever. As ballots continue to be counted, we are confident that the New York Working Families Party will meet the ballot threshold and will remain on the ballot in New York,” said Sochie Nnaemeka, WFP state director, in a statement on Tuesday night. “This is a victory for our party and our movement.”

Other minor parties didn’t fare as well and it’s unlikely that uncounted absentee ballots will change their fate. The Green Party only received 22,829 votes for their presidential and vice presidential candidates, Howie Hawkins and Angela Nicole Walker, through unofficial election night tallies. The Libertarian Party, with Jo Jorgensen and Jeremy Cohen on their line, received 46,791 votes thus far. The Independence Party received 17,240 for Brock Pierce and Karla Ballard. The Serve America Movement (SAM) Party, which barely won a New York ballot line through its 2018 gubernatorial candidate, will also lose that line. The SAM Party did not appear on the ballot since it did not endorse a presidential candidate or run their own. When the new rules were first proposed, the SAM Party was among the minor parties that opposed them, viewing them as a direct threat to the state’s fusion voting system. The party is still pursuing a court challenge against the rules, arguing that they violate the party's First Amendment right.

The additional hurdles for the other minor parties -- namely the Green and Libertarian Parties, which do often run their own candidates in New York -- don’t stop there. Without automatic access, parties must collect enough petition signatures to get on the ballot, and the new system increased the number of required signatures from 15,000 to 45,000 for statewide candidates.

Meeting the vote threshold was a particular challenge this year since turnout reached a historic high in the state, as it did across the country. In 2018, if the threshold had been in place, only the Conservative Party would have managed to meet it. The party received 253,000 votes for its endorsed candidate, Republican Marc Molinaro. More than 6 million people voted that year; which meant the threshold was 130,000, since a 2% threshold of 122,000 votes would have been lower. In 2016, when 7.8 million New Yorkers voted in the presidential election, the threshold would have been even higher, at 156,000 votes. Again, only the Conservative Party surpassed it with 292,392 votes for Donald Trump.

Another test for the parties will be coming soon, with the 2022 election for Governor now less than two years away.

Note - this article has been updated with the total absentee ballot numbers and with a reference to a court challenge by the Serve America Movement party against the new ballot rules.