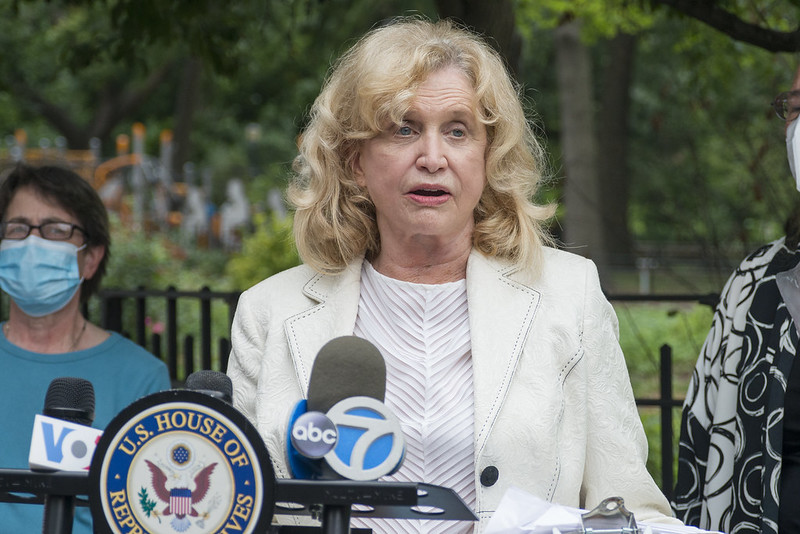 The U.S. House of Representatives Committee on Oversight and Reform met on Thursday to discuss data-processing errors that will make it impossible for the U.S. Census Bureau to deliver accurate state population totals by the statutory deadline of December 31. Those numbers are then essential to reapportionment efforts as the Census dictates how many seats each state has in the House and are used for redistricting efforts within each state.

During the hearing chaired by Rep. Carolyn Maloney, a Democrat representing New York’s 12th Congressional District, members of Congress and expert witnesses testified to challenges they have faced in trying to obtain important documents about the Census data from the U.S. Department of Commerce.

Documents obtained by the oversight committee and reporting by the New York Times indicate that the Census Bureau needs until late January or early February to complete accurate calculations. This would be after President Donald Trump, who has sought to interfere with the decennial nationwide population count, particularly by excluding undocumented immigrants, is due to leave office. If the Bureau does not deliver the data before President-elect Joe Biden enters office on January 20, the Trump administration won’t be able to leave undocumented immigrants from the numbers it delivers to states as Trump has ordered. It is also possible that the Trump administration will be forced by the courts or convinced by other pressure to deliver the full numbers to the states, including undocumented immigrants.

Excluding these residents would be an unprecedented and likely unconstitutional move that would result in less federal funding and lower representation in the House of Representatives for states with high undocumented immigrant populations, such as California, Texas, Florida, and New York.

The Trump administration previously said that the deadline for delivering reapportionment totals could be moved to April 2021 because of the pandemic, but it backtracked suddenly in July, demanding the statutory deadline of the end of this year be met.

Internal Census Bureau documents obtained by the House oversight committee through an unnamed source contain descriptions of 15 irregularities in the data that together affect more than a million records from all states. They also contain a detailed schedule for determining the accurate Census count by February. But the three documents provide only a partial picture. Last month, spurred by New York Times reporting, Rep. Maloney, who chairs the oversight committee, asked Commerce Secretary Wilbur Ross to send all documents related to the Census data anomalies, but he did not do so, citing ongoing litigation, according to a press release from Maloney. She now says that if Ross does not submit the documents to the oversight committee willingly by December 9, the committee will issue a subpoena to get them.

“The Trump administration is preventing our committee from verifying the scope of these data problems, their impact on the accuracy of the Census, and the time career professionals need to fix them,” Maloney said in her opening statement at the hearing.

“We cannot risk endangering the livelihoods of millions of Americans by compromising the integrity of the census,” said Rep. Ayanna Pressley, a Democrat of Massachusetts.

“There’s no question that there are going to be strengths and blemishes to the Census counts; there are in any Census,” said Robert Santos, Urban Institute vice president and American Statistical Association president-elect. But this year, the problems are worse, he said.

Although the scope of the irregularities may seem small, the errors are “not evenly distributed over the geographic areas of the country,” said Joseph Salvo, a demographer and head of Census efforts at the New York City Department of City Planning. “Anything that compromises the content of the decennial census will be felt more in some areas than in other areas.”

Movement this past spring and other challenges due to the COVID-19 pandemic caused problems, Salvo said. “There was considerable dislocation. A lot of it, we believe, is temporary, but it caused a lot of confusion,” he said. “People may have answered in two different locations. The Census Bureau needs time to sort this out.”

“I think the duplication problem’s going to be on steroids,” Santos said.

According to the documents the committee obtained, the duplication problem has resulted in an overcount of college students, many of whom moved out of their dormitories in the spring because of the pandemic. There could also be errors counting others living in group quarters, such as nursing homes, homeless shelters, prisons, and military barracks. While people living in these settings may have responded to the Census in two different locations because of the disturbance of the pandemic, they also might not have responded at all, possibly resulting in an undercount. “I am not surprised at all that roughly perhaps half of the list of problems that have been revealed thus far are related to group quarters,” Santos said.

A document the committee obtained includes a thorough strategy for the deployment of patches, or sets of changes made to computer programs in order to correct errors. “If the sequencing of patch deployment isn’t executed properly may result in other data anomalies,” the Census Bureau document says; this work cannot be rushed. “If new anomalies are identified they will be tracked, assessed and additional time maybe required for comprehensive release.”

Experts who testified said that it’s important for researchers outside the Census Bureau to be able to analyze the results before they’re finalized. “Oftentimes, folks and programmers running diagnostics to find errors don’t realize that they’ve missed something that’s crucial,” Santos said, “and the only way that that can be uncovered is by becoming transparent and allowing researchers outside of the Census Bureau access to those data, so they can see if, basically, it passes the laugh test in their local community.”

Like the oversight committee, these independent researchers have also struggled to get information about the Census data. “It’s not so much the Census Bureau; our understanding from senior Census officials is that it’s under review by the general counsel of Department of Commerce and the Department of Justice, as being bound up with the litigation,” said Christopher Mihm of the U.S. Government Accountability Office. There are “indicators that we know exist and could be easily generated and put out to the public and to researchers so that we could establish for ourselves, independently, the quality of the Census counts,” Santos said.

Oversight committee ranking member Rep. James Comer of Kentucky and other Republicans denied that the data-processing errors were significant and used the hearing to share their concerns about the accuracy of the 2020 presidential election results and their opinions about whether people residing in the country illegally should be counted in the Census. Rep. Paul Gosar, a Republican of Arizona, called the attempt to obtain information about Census data-processing efforts part of “Democrats' conspiracy theories.”

The Democrats “are launching partisan attacks on the 2020 Census to undermine the public’s confidence in the results,” Comer said. “The Bureau has made clear that the issues it has encountered in completing the current phase of the Census are few in number, relate to only .063% of the data for the Census, do not call into question the quality of the data, and are on par with issues arising in past Censuses.” While this is what the Census Bureau has said publicly, Comer’s claims are not consistent with the internal documents obtained by the oversight committee or reporting by the New York Times, which suggest that problems this year go beyond past Censuses.