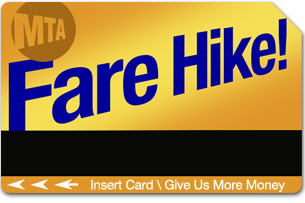 In the wake of the Enron and Worldcom scandals, a reasonable expectation could be that the Metropolitan Transportation Authority â€“ a quasi-corporate entity with an annual budget of $7 billion â€“ would have learned a thing or two about the dangers of shoddy accounting practices.

With the revelations that the transit authority secretly kept two sets of books, one for public and another for internal use, and also hid more than $500 million in order to justify higher bus and subway fares, the MTA is now caught in its worst crisis of public confidence in its 35 year history.

Over the years, the MTA has not given the people of this city much reason to think that we are treated fairly. After all, we move about 84 percent of the transit riders in New York State, but we receive only 63 percent of all state aid for mass transportation. At a time when the city is being forced to cut back on basic services like fire and police, this costs us more than $300 million a year.

Such feelings are understandable â€“ but they should not go unchallenged. The MTA should face up to its crisis of confidence and take concrete steps to win back the public’s trust, both for their own sake and also for the sake of the city. For all its problems, the MTA performs a vital service and we need it to be strong in order to finish essential projects like the transit hub at Ground Zero and the 2nd Avenue Subway.

As the person primarily in charge of appointing officials to the MTA, Governor George Pataki also shares in the blame for this crisis of public confidence. Throughout his re-election campaign last year, he maintained that no fare hike would be necessary. Immediately after the election, however, the MTA suddenly announced that it faced a two-year deficit of nearly $3 billion and would have to raise fares in order to close it.

To address this crisis and restore the public’s confidence, the MTA should take three steps.

First, give New York City its fair share of state aid for public transportation. We pay far too much to the state in terms of taxes when you compare the amount we get back in services. This must end.

Second, shed light on its finances. In order for New Yorkers to feel that they are not being cheated, the MTA must submit to a full airing of their accounts. This is only fair given that they are asking subway and bus riders to plunk down more of their hard earned cash.

Third, the MTA should postpone the fare hike scheduled to begin on May 4 as a good faith gesture to New Yorkers.

For its own sake, the MTA should take these very reasonable steps. Public institutions work best when they are trusted by the people. And right now, the MTA has a great deal of work to do in order to repair that trust.