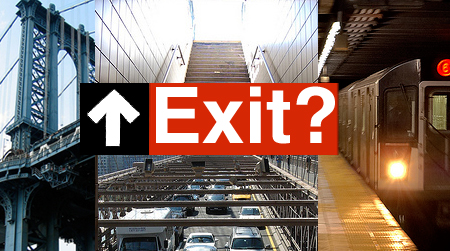 With the Metropolitan Transportation Authority less than one month away from having to pass a balanced operating budget for fiscal year 2009 and more than $1.2 billion short of the mark, plans to fill the gap and provide sustainable sources of revenue are almost as plentiful as the doom-and-gloom adjectives newspapers use to describe the authority's finances.

In the past month, the MTA, New York City Comptroller William Thompson and a blue-ribbon panel appointed by Gov. David Paterson and chaired by former MTA chairman Richard Ravitch have released plans to balance the authority's budget. Although each aspires to reach solvency, they take very different routes to get there.

"I'd be kidding you if I said I could predict the outcome," said Ravitch at the release of his plan, echoing a popular sentiment. The experts all also agree that something needs to be done -- and done soon.

On Nov. 10, the MTA held an emergency meeting of its finance committee and projected an operating budget gap of $1.2 billion for 2009.

In large part, the gap is the result of a decline in tax revenues slated for transportation. These revenues have been lower than estimated because of the economic slowdown. At the same time, the authority has to pay debt service on bonds issued to finance previous capital plans and cover its escalating pension costs.

In addition to an operating budget gap, the authority's next five-year capital plan (covering 2010 to 2014) could cost as much as $30 billion, of which there is "not one hard dollar," according to Ravitch.

As a result, whatever plan is eventually adopted will not only have to plug the operating budget gap so that the system continues to run day-to-day, but should also have an eye on the capital plan's needs so that maintenance and expansion can continue on schedule.

If nothing is done before the end of the year, the MTA will pass an austerity budget that includes large service cuts and fare hikes.

On average, the fare would go up 23 percent across the board in early June, bringing in roughly $670 million. That 23 percent, though, would affect different commuters in different ways.

The service cuts would eliminate the Z and W subway lines, which overlap the J and N/R respectively, as well as truncate G and M service. The M8 bus would be eliminated, as would many other local bus routes. Off-peak bus, commuter rail and subway service would be curtailed, and some station booths would be closed on subway and commuter rail lines.

Elliot Sander, the authority's executive director, has described the cuts and increases as "draconian," "very severe," "very harsh" and "extremely painful" but has insisted they are needed to balance the budget if state and city leaders do not find some other way to raise money for the transportation system.

In essence, Thompson's plan would place an additional charge on vehicles registered in the metropolitan area, depending upon their weight. According to the report, all vehicles in the MTA's service area would pay an extra $100, plus $.09 for every pound of curb weight over 2,300 pounds. Under this formula, a Toyota Yaris would cost $100 to register, while a Lincoln Navigator, weighing more than two and a half times as much, would cost $430. This would be in addition to the $20 to $50 a year fee now paid to register most vehicles in New York City.

The comptroller's report figures that, at an average of $200 per-vehicle, the proposal could generate an additional billion dollars for public transit each year. This, of course, would not close the operating budget gap entirely, but it would go a long way to keeping fares lower and service more consistent. Presumably, the remaining hole would have to be filled through fare hikes or smaller service cuts.

Thompson also suggested that his plan would encourage people to buy lighter, more fuel-efficient cars that are smaller and easier to park, reducing the environmental impacts of driving and unsnarling city traffic.

Ravitch to the Rescue

The most comprehensive proposal so far has come from the Ravitch Commission. It includes a "mobility tax" on payrolls, tolls on the East River and Harlem River bridges, an 8 percent fare hike, and greatly improved bus service.

The payroll tax is one third of one percent, or $0.33 for every $100 and would apply to all area businesses, including, much to the shock and chagrin of some, city and state governments and the non-profit sector. The employer -- not the individual worker -- would pay. It is estimated that the payroll tax would raise about $1.5 billion a year.

The report calculates that tolling the city-owned Harlem River and East River bridges, and using E-Z Pass and camera technology to do it, would generate roughly $600 million in net revenue.

Presented to the MTA on Dec. 4, the Ravitch report has Paterson's support. Although Mayor Michael Bloomberg appeared at the press conference announcing the report, he has not issued a full-fledge endorsement, saying instead that it is up to the legislature "to come up with solutions."

Ravitch insists that the commission's proposals are not individual items on a menu of options, but interlocking pieces in a comprehensive strategy to plug the operating budget gap and help fund future capital plans. To this end, he also proposed creating a Capital Finance Authority to collect payroll tax and bridge-toll revenues that in excess of what is needed to fund the operating budget.

The plan's tolling component, in particular, is seen as a heavy lift. For many area politicians the plan is all too reminiscent of Mayor Michael Bloomberg's congestion pricing proposal, which faltered in the State Assembly early this year. Many Brooklyn and Queens officials quickly assailed it as an unfair burden on their constituents.

In a burst of candor, Ravitch reportedly addressed these naysayers by commenting, "Obviously, I have to assume they must know of some secret fairy godmother who has piles of money she is going to send and solve the problem. Otherwise, they'd better damn well explain how the system is going to be paid for."

Many share Ravitch's sentiments, though express them a bit more diplomatically. Transportation advocates like Gene Russianoff of the Straphanger's Campaign and Carol Kellerman and Charles Brecher of the Citizens Budget Commission, who may not agree with everything the Ravitch Commission has suggested, have both editorialized that no matter what happens, something must be done to prevent huge fare hikes and massive service cuts.

For now, the authority's future rests in Albany. Almost all of the significant suggestions made by the Ravitch Commission and the comptroller - tolls, tax increases, new registration fees - require a vote by state legislators, which is unlikely to occur until the new year.

Sander has called March the "drop-dead time," implying that if no action is taken by then, the MTA would have to begin implementing its service cuts. Fare hikes would go into effect in June. Between now and then, there is sure to be a great deal of politicking, grandstanding, soap-boxing and dialoguing between straphangers, elected officials, authority employees and advocates to see whether transit riders pay 50 cents more for a lot less -- or motorists and employers pick up some of the tab.