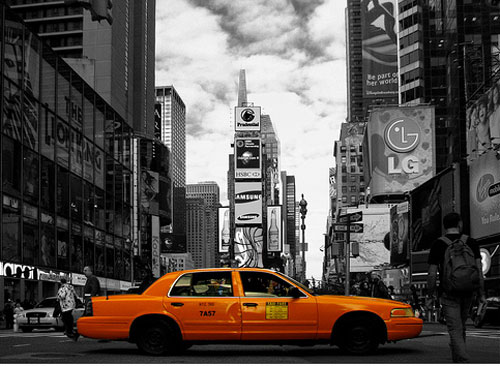 The City Council wants to turn the light on taxis.

Weighing in on the cab overcharging scandal first revealed three months ago, the City Council approved several bills on Wednesday to bring more transparency to the Taxi and Limousine Commission by requiring the commission report the number of complaints it receives every month and mandating taxis store rate data.

Some taxi advocates, however, are skeptical of the legislation, saying it could unfairly portray cabbies as scammers.

In addition to the taxi legislation, the council approved a bill to require the Department of Parks and Recreation permanently mark concession areas in public parks to prevent vendors from taking up public space.

Mayor Michael Bloomberg is expected to sign all of the legislation, according to a mayoral spokesperson.

In March, the city's Taxi and Limousine Commission reported thousands of drivers had routinely overcharged taxi passengers for fares by using out-of-town rates for some rides that were completely within the five boroughs.

Just weeks after the revelation, however, the commission revealed the taxi scam was not as prevalent as initially thought. In May, the commission announced that more than 600 drivers had routinely overcharged riders -- and many of them could now lose their license.

While the scope of the taxi scam has shrunk, council members said they want to make sure the meter isn’t switched on riders ever again.

"If there was just one driver out there overcharging New Yorkers and tourists in taxis that would be a big problem," said Council Speaker Christine Quinn. "It was clearly much more than one. It was a level that was unacceptable."

In response, the council, in a vote of 50 to 0, approved legislation ( Intro 235-A) that requires every cab have equipment to store fare and rate data, which could be submitted to the Taxi and Limousine Commission upon request. While cabs already have equipment that collects trip data, they do not always collect information regarding certain trip rates.

Another bill, unanimously approved by the council, ( Intro 233) would require the commission submit an annual report to the council detailing all taxi complaints, including those on overcharging, and any subsequent violations. This information will also have to be posted on the commission's Web site every month.

Bhairavi Desai of the New York Taxi Workers Alliance fears the new rush of taxi data could be taken out of context. She said the new numbers should show the number of complaints versus the number of taxi rides on a daily basis.

"We have no problem with the transparency," said Desai. "Our concern is the context in which the numbers will be interpreted."

The council also revised its passenger bill of rights ( Intro 232) for taxis to include a provision notifying passengers of their right to E-ZPass in the cab. During the taxi scandal, it was also uncovered some cabbies used long toll lines instead of the quick E-ZPass to up their total fare.

The measure was approved by a vote of 49 to zero with one abstention from Councilmember Gale Brewer.

The commissioner of the Taxi and Limousine Commission, David Yassky, said yesterday he supported the bills.

In response to complaints about the privatization of parks, the council approved legislation requiring the Department of Parks and Recreation to identify concession areas by marking them in parks and on park maps.

By clearly identifying concession areas, supporters said the city and public can make sure vendors do not overflow into the open spaces of public parks.

The council also approved legislation that would give Albany the go-ahead to approve the installation of up to 50 miles of bus lane camerasin New York City. The bill must be approved at the council before the State Legislature can give the final OK. Quinn said it has not been determined whether the cameras, which will allow the city to better use bus rapid transit, will be installed on actual buses, on the street or both.