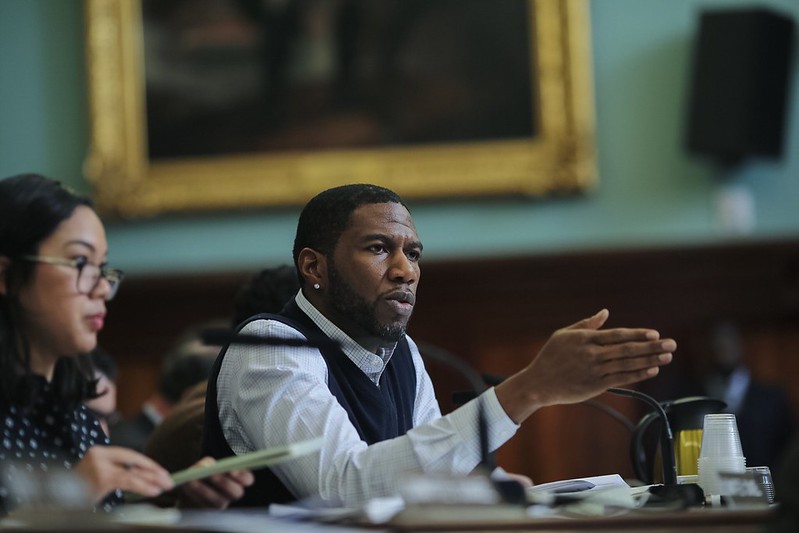 Now that New York City Public Advocate Jumaane Williams’ long-shot campaign for New York Governor is over, he presumably has more time to focus on performing the functions that the New York City Charter assigns to his elected office.

One function he has yet to perform, but something all previous Public Advocates have done, is to convene a meeting of the Commission on Public Information and Communication (COPIC). There’s never been a better time for him to do that than now.

COPIC was established in the charter revision of 1990 to “make city government more transparent to the citizens it serves and to encourage the public to become more actively involved in government.” Its purpose is, in the words of the New York Times, “to monitor policies on access to information produced or maintained by the city, including computerized information.”

While this might not sound sexy today, it was a remarkably innovative idea when it was first conceived in 1990. That was the year that the world wide web (aka Internet) was invented, and the public was awakening to the possibility that computer networks could make government significantly more efficient and transparent. In fact, the Charter Revision Commission, which was tasked by the U.S. Supreme Court to fix New York’s unconstitutional government structure, used transparency as the centerpiece of its campaign to get the charter ratified by voters.

During the campaign to ratify the new city charter in 1989, the main theme used in marketing campaigns and repeated regularly by the commission’s chair was “a Government People Can Understand.”

33 years later and New York City has elected a self described “tech guy,” Eric Adams, as mayor. Adams promised voters an upgrade to New York City's information systems that would improve city operations, eliminate waste, improve transparently and enable agencies to more effectively and efficiently deliver services to city residents. Much of his campaign rhetoric relied on the premise he could use his approach to technology to get things done.

His plans were widely discussed in local media. New York magazine proclaimed “Eric Adams wants to CompStat everything”. Gotham Gazette offered a more sober assessment: “Though it is vaguely defined and missing an estimated price tag, among other details, Adams’ plan involves revamping and redesigning how city agencies coordinate and use data and technology.”

After six months in office, the press is beginning to wonder: “Is Eric Adams All Talk?” Does he have a plan to upgrade New York City’s government bureaucracy? If so, what is it? Is his administration making progress? The public deserves to know and it’s the Public Advocate’s job to find out. COPIC offers him a powerful tool to do just that. And there is clearly interest from the media and the public about progress. Gotham Gazette’s recent report on Adams’ plan to launch a first version of  “MyCity” contains some good background but very few specifics from the administration about its efforts.

The city can’t adopt the open source digital transformation approach many experts have recommended if the city doesn't work in the open. At the very least the mayor’s new Office of Technology and Innovation, under which the new administration is reorganizing various technology departments, should have a Github account, or at least put something – anything – on the Department of Information Technology and Telecom (DOITT)’s account. This is an obvious first step that COPIC could and should be pushing the administration to take.

Unlike many other city commissions composed of members appointed by the mayor, COPIC’s membership is defined in the charter and designed to bring together politicians, experts, and city officials who sit at the nexus of critical decision-making and operations of city information systems: the Director of the Mayor’s Office of Operations; the Commissioner of the Department of Records and Information Services (DORIS); the Commissioner of the Department of Information Technology and Telecommunications (DOITT); the president of WNYC public radio; and additional representatives appointed by the Mayor, Public Advocate, Borough Presidents, and City Council. Its chair is the Public Advocate.

If our current Public Advocate, Jumaane Williams, put all these people in a room together, turned on the livestream cameras and had an open meeting, we’d be able to find out a lot more about the mayor’s technology strategy and progress than we know now.

Every Public Advocate has convened COPIC at least once, except for Jumaane Williams. The few times Williams has addressed the topic of COPIC has been when other people, including me, have asked if he ever plans to convene it.

In our MNN debate in last year’s Public Advocate race he was elusive, claiming at one point he can’t convene COPIC without additional funding and, at another, that he can’t because of COVID-19 but maybe he would in the future. At the NY1 Public Advocate debate in October of last year, he was repeatedly attacked by his opponent, Dr. Devi Nampiaparampil, for failing to convene COPIC.

Two days later, the COPIC website was taken down and, as of this writing, it remains down.

Fortunately, Google’s caching service had archive images of the COPIC website as of October 19, 2021. I’ve taken the liberty of republishing those images at copic.nyc with the hope that people won’t forget about a charter-mandated commission uniquely capable of making the mayor’s actions related to information technology more transparent, and holding his administration accountable for delivering genuine technology solutions that improve government operation and New Yorker’s lives. It’s also worth noting that when Williams was first running for Public Advocate in 2019, he said one reason was to more assertively hold up the city charter.

It’s Williams’ job to convene COPIC and use it as a venue to get more information from city officials about their work, including in implementing Mayor Adams’ ambitious and widely promoted plans.

Here are a few ideas for questions Williams can ask of the city administration at his first COPIC convening:

Our city’s people should be able to rely on COPIC to keep us informed about how our government uses that technology.

To do that, we need to be able to rely on our Public Advocate to perform all roles assigned to their office by the city’s charter.

***
Devin Balkind is a nonprofit executive, civic technologist, and startup advisor who ran for Public Advocate as the Libertarian Party nominee. On Twitter @DevinBalkind.