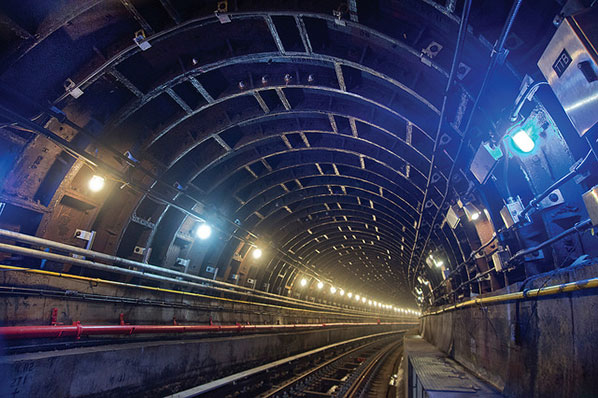 Within a month, the MTA’s new Chair, Joe Llota, proposed an $836 million “Subway Action Plan” to address the emergency, meaning major upgrades to the MTA’s maintenance operations and other investments to attack the constant delays and bring some meaningful relief to riders. He proposed the MTA and the State split the cost of the new program with the City, which drew a near immediate rebuff from Mayor de Blasio.

The MTA began implementing the plan, deploying late-night work crews on system segments to clean debris and fix track and signals, without a clear answer to where it will get the money. The Subway Action Plan became part of the MTA’s constant dilemma - where can it pull together resources for both its short-term and its long-term needs, which are far larger than the $836 million action plan. Seemingly aware of this, the emergency declaration and the subway action plan response precipitated another move by Governor Cuomo.

In mid-August Cuomo endorsed “congestion pricing,“ claiming it was “an idea whose time has come.” Congestion pricing puts a toll on the free East River Bridges into Manhattan, as well as a toll for vehicles crossing 60th street toward the city’s business district.

The money from the tolls would provide the cash to repay money the MTA generally borrows for its capital needs. Those needs include buying new subway cars and buses, replacing track and signals, rebuilding stations, elevators, escalators, and railyards, continuing expansion projects like the Second Avenue Subway and East Side Access, and installing computer-based train control, which could increase the number of subway trains running during the crowded rush hours.

Move New York, an advocacy group, has a detailed plan, which includes vehicles paying one round-trip at the same rate as the Battery and Midtown Tunnels ($5.76 with E-Z Pass, $8 without), and lowering tolls on many of the non-Manhattan destination bridges in the rest of the boroughs

The governor does not yet have his own specific plan, and imposing these tolls must have approval of the State Legislature, which is not in session and will not return to Albany until January. This means Cuomo will likely submit a congestion pricing plan with the budget in January, in the hope it would be approved by April 1, 2018. Mayor Michael Bloomberg made a congestion pricing proposal in 2007 and 2008, but the Legislature would not approve it, although it consumed a year’s worth of debate. It never even came to a vote.

Meanwhile, Mayor de Blasio said he opposes congestion pricing because it is “regressive,“ by which he means that it is a tax on ordinary working people, not the rich.

I served in the New York State Assembly for 32 years, and in 2007 I was Chair of the Assembly Cities Committee, which dealt with the internal workings of the state’s 62 city governments. I had regular dealings with the Bloomberg administration and endorsed congestion pricing. Most of the debate, however, was not about funding the MTA, but about whether the tolls would really deter cars from driving into Manhattan, and whether the neighborhoods in Brooklyn and Queens near the bridges would fill up with cars parked by drivers looking to avoid the tolls and then taking the subways into Manhattan for the last leg of their trip. Of course, unfairness to people of modest means was another major concern. My point of view was that the MTA Capital Plan needed a major new source of funding but that perspective was less of a priority then than it is today.

Several years later I became Chair of the Assembly Committee on Corporations, Authorities, and Commissions, which has jurisdiction over laws affecting the MTA. I also helped lead the Assembly’s negotiations with the governor and the Senate over the mass transit aspects of the transportation budget. By 2014 the MTA’s 2015-19 Capital Plan had become the subject of extensive discussion, and the MTA had a $15 billion shortfall in funding for the $32 billion plan that was in the works.

Move New York had made its new congestion pricing proposals by then, which I supported. Concerned that congestion pricing might never be approved by the Legislature, I also introduced about six bills intended to help meet the MTA shortfall. Some of the bills addressed road and bridge funding as well. But the governor’s office argued that providing specific additional funds to the MTA would not work because it could not spend more money (which the MTA leadership did not agree with but would not disagree publicly with Cuomo).

Governor Cuomo vetoed the initial MTA Capital Plan proposal in October 2014, which ended up forcing the MTA to cut the plan from $32 billion to $29.5 billion. In the 2016 budget, the Legislature approved the governor’s plan to commit the State to $7 billion in new funding for the Capital Plan, while New York City would supplement the funding with $2.5 billion of its own.

With those commitments in place, the MTA proceeded with its approved plan. The problem then, as now, is that the $7 billion from the State was just an IOU. There was no identified source of funding for the $7 billion, only a commitment in law that the State would provide the funds after the MTA ran out of its own resources.

In late 2019 the MTA will have to submit a proposal to the Capital Program Review Board for the 2020-2024 plan, which is expected to be similar to the past several plans, needing $30 billion for full funding. In the current plan, the MTA had identified about one quarter of the funding from the federal government and about one third of the funding from its own resources, meaning either cash upfront or enough cash to cover the interest on borrowed funds, before the state government settled on the 2016 plan that passed.

For 2020-24 it is not known how much more cash the MTA can squeeze from its current resources. The MTA Financial Plan adopted by the Board in July showed rising deficits because revenue from real estate taxes is in decline, meaning its ability to generate more cash resources internally will be very limited. A reasonable person could foresee a shortfall for the 2020-24 plan similar to the one that affected early planning for the current capital plan, namely $15 billion. When you combine that with the unidentified resources for the State share of the current plan, some $7 billion, the total ‘shortfall’ going into 2020 would be $22 billion. Does this suggest the MTA needs a new source of revenue?

More than $20 billion in need going into the 2020-24 capital plan is catastrophic. Not all the cash is needed right away, of course, but the governor and the Legislature, I think, should probably do something meaningful pretty soon.