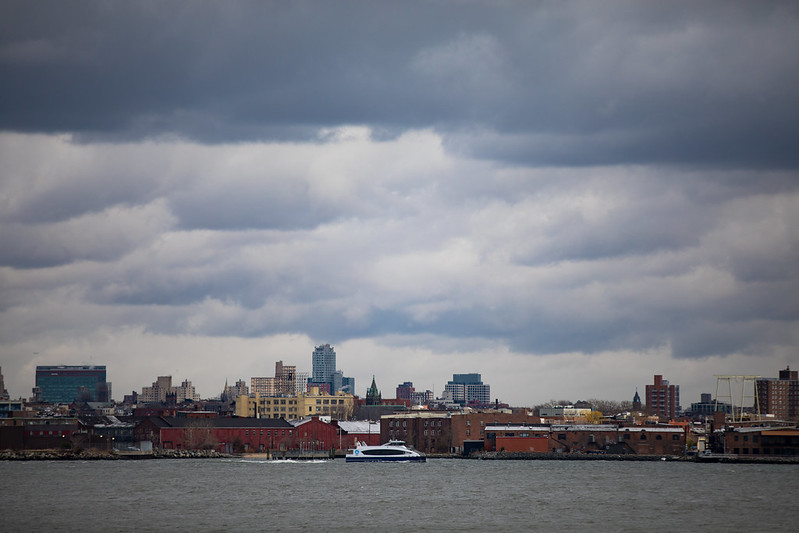 City Council members and officials from Mayor Bill de Blasio’s administration clashed at a Tuesday hearing over proposed legislation to overhaul, consolidate, and in some ways expand the city’s planning processes into a singular ten-year procedure that would align budget, policy, and land use decisions.

The proposal was released by City Council Speaker Corey Johnson in December and seeks to replace what he calls redundant, antiquated, inequitable, and ineffective existing planning procedures by taking a more holistic approach to planning. It would create a centralized process for examining and budgeting for the city’s long-term infrastructure and community needs, with an eye towards correcting long-standing racial and socio-economic disparities while also equitably meeting the city’s transit, housing, open space, school seats, shelters, and other needs.

The Council’s Committees on Governmental Operations and Land Use and Subcommittee on Capital Budget convened on Tuesday to hear from the de Blasio administration about its concerns and objections to the idea, while also pressing mayoral officials to answer for the many failures of the current siloed planning processes that are spread across various city agencies.

“For decades, the city has relied on a piecemeal and ad hoc approach, muddling through its planning exercises one neighborhood, topic, and project at a time,” said Johnson, a Democrat, in his opening remarks. “That planning has largely neglected people of color, immigrants, people with disabilities, and low-income New Yorkers. That has also led to serious inefficiencies. Our budget documents often simply don't relate to our city's policy and land use priorities. And as we enter a period of fiscal stress, we have no rational system for prioritizing our community's most urgent budget needs to reduce disparities and combat climate change.”

Early on, Johnson sought to dispel “misinformation” about the bill, noting that it would not amend the city’s zoning laws, mandate any zoning requirements or specific zoning actions, or change the Uniform Land Use Review Procedure (ULURP). Rather, he emphasized that it “requires the city to provide community boards and the public with new resources, new data and new analyses to support proactive community-based plans.” It would encourage proactive rather than reactive approaches to development and encourage the city to pursue new growth away from neighborhoods at risk of sea-level rise and other forces of displacement including gentrification and real estate speculation.

Council Member Fernando Cabrera, a Bronx Democrat who chairs governmental operations, pointed out that the current planning process is enshrined in more than a dozen Charter-mandated documents that do not currently involve sufficient coordination between and among city agencies. “There's a fundamental disconnect here that cannot be overstated,” he said. “How can we as a city plan for our future when we only have fragments of the full picture of the city's current needs and assets?”

Testifying on behalf of the administration, City Planning Commissioner Marisa Lago sought to dissuade the Council from advancing the bill, opposing it because of concerns about “its feasibility, its costs, and its ultimate impact.”

She estimated that the bill’s requirement of a Generic Environmental Impact Statement (GEIS) for each community district would cost about $500 million over ten years. “We're concerned that the ultimate impact of that time and money would be counter to our shared goals,” she said. “That it would make it more difficult, not easier, to build affordable housing or to site essential city facilities.”

Johnson had already countered that argument in his own statement. “That cost estimate is both inaccurate and absurd. It indicates that this administration is not engaging in this conversation with us seriously. There is nothing about this bill that will amount to that price tag,” he said, arguing that it could actually end up saving money for the city and for developers pursuing land use applications.

Lago and Johnson had a fundamental disagreement about the language of the bill. Lago said it would create a “heavily top-down” planning process and give City Council members even greater influence in changing land use applications near the conclusion of ULURP. Instead of streamlining planning, she said it would add an additional layer of bureaucracy to an already lengthy land use procedure.

“The bill also underestimates the importance of focused topic-specific planning efforts,” Lago said, “such as those for the waterfront, greenhouse gas emissions reduction, environmental justice, food policy or resiliency.” She pointed to the city’s OneNYC strategic plan created every four years as a “better model” than the Council’s proposal and said the city’s ability to adapt to changing circumstances is necessary for long-term planning. She cited the city’s ten-year food plan released on Monday, a pending coastal resiliency zoning plan, and the proposed SoHo-NoHo rezoning as examples of how the current processes are working towards goals of equitable growth.

In particular, she said the comprehensive planning bill would increase rather than limit the ability of affluent communities to forestall projects that are in the city’s interest, which has been a wrench in some of Mayor de Blasio’s agenda, though he has often done little to counteract those forces.

Later during the hearing, Johnson took exception to Lago’s interpretation of the bill. “It's not top-down. We're empowering local communities to actually engage in planning, instead of being reactive to [City Planning Commission’s] certifying of private applications and public applications,” he said. He said he was ”flabbergasted” at Lago’s “complete and total misrepresentation” of the bill.

Lago also worried that a new planning process could place a “chill on development.” “That would be so unfortunate, at a time where the pandemic has made crystal clear the need to provide more housing and, in particular, affordable housing, the need to kickstart the economic recovery,” she said.

Council Member Brad Lander showed frustration with the administration for critiquing the Council’s proposal without offering any solutions of its own to fix the city’s broken land use process. “We are the frog in the proverbial pot. We are watching the water boil, the temperatures are rising and the seas are rising, our affordable housing crisis is growing, our infrastructure is aging,” he said. “And it is clear that our land use process has become toxic and broken and unable to deliver thoughtful conversation about the very future of our city.”

If Lago was going to oppose the Council bill, what is the de Blasio administration’s plan to improve how the city does planning and growth, he asked.

Lago struggled to give a straight answer, and instead pointed to what she sees as another deficiency with the bill. “The speaker himself noted that this proposal would not require any rezonings,” she said. “And there may be many communities who would anticipate having no growth and this bill does nothing to change that.”

Lander responded with frustration. Later on, Council Member Keith Powers asked Lago to name areas of the city with good transit options that could be home to significant housing growth. Lago only pointed to the Soho-Noho and Gowanus rezonings, which are currently in process, and declined to name any other neighborhoods. This, despite the fact that the de Blasio administration has not achieved rezonings in the neighborhoods it targeted early in the mayor’s first term, thus far only rezoning a series of lower-income communities of color. Lago instead again said that the city looks to work with Council members who want to work with the city. The exchange was one of several where the two sides appeared to point to each other as broken or talk in circles.

Lago repeatedly noted the Council’s informal policy of member deference, which allows Council members to veto land use projects that need Council approval and rezonings in their district. Because of that, she said, often the only projects that succeed are those that have active support and participation from local members.

“So member deference is the problem?” Council Member Antonio Reynoso asked her.

“I think that that is a challenge,” she said. She added, “I think, were the Council to adopt a citywide lens rather than looking exclusively to Council member deference that that could be tremendously helpful in achieving our shared goal of more equitable land use,” she said.

“That's exactly what this legislation is trying to do,” Reynoso responded.

Several advocates and experts also testified in support of the bill, though some suggested that it could be improved. They included Manhattan Borough President Gale Brewer, Barika Williams, executive director of Association for Neighborhood and Housing Development, which is part of the Thriving Communities coalition; Maulin Mehta, senior associate at Regional Plan Association; Spencer Williams, director of advocacy at the Municipal Arts Society; Adam Friedman, director of the Pratt Center for Community Development, among others.

The Citizens Budget Commission, a fiscal watchdog group, raised some concern about the legislation though it has long supported overhauling the city’s capital planning process. In testimony submitted to the Council, CBC Senior Research Associate Sean Campion said tying capital plan reforms to land use reforms is not necessary, that changing the structure and timing of regularly issued capital budget reports would make them less useful, and that capital budgeting power should remain in the hands of the mayor. “[A] strategic plan is only as good as its implementation design,” his testimony reads. “Extreme care should be taken when adding new processes, requirements and organizations since they could slow or thwart progress towards those outcomes or unnecessarily increase costs.”

Similarly, testimony from the Municipal Arts Society noted that the current proposal leaves land use decisions under the purview of the Mayor’s Office of Long Term Planning and Sustainability, which would be in charge of the ten-year comprehensive planning process. “MAS counters that a successful comprehensive plan for New York City must balance bottom-up and top-down planning through meaningful, ongoing community engagement strengthened by effective coordination and commitment from involved City agencies,” the testimony reads. “As written, Intro 2186 would reinforce the current structural imbalance in the City’s planning process.”