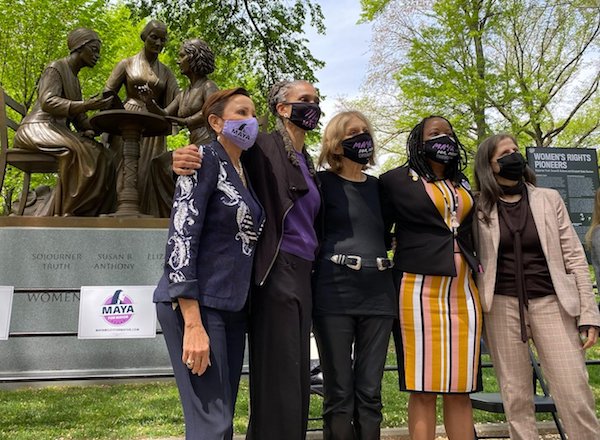 [Update: Since publication of this article, Maya Wiley has picked up several more endorsements, including from the New York Progressive Action Network and Jim Owles Liberal Democratic Club, which had both endorsed Dianne Morales, State Senator Julia Salazar, the Working Families Party, and Reps. Alexandria Ocasio-Cortez and Jamaal Bowman, among others, some of whom had previously endorsed Scott Stringer]

Moderate candidates Eric Adams and Andrew Yang have been leading in the Democratic mayoral primary while two prominent progressives, Dianne Morales and Scott Stringer, have stumbled. Some progressive groups and activists are now placing their hopes in Maya Wiley to consolidate undecided left-leaning voters and disaffected Morales and Stringer supporters as they seek to ensure that someone who shares their values and vision becomes the next mayor of New York City.

A recent poll by Fontas Advisors and Core Decision Analytics placed Adams, the two-term Brooklyn borough president, at the front of the race with 13% of the vote, with former Democratic presidential candidate Yang tied in second place with former sanitation commissioner Kathryn Garcia, also generally and relatively speaking a moderate, with 8% of the vote. Wiley, former counsel to Mayor Bill de Blasio, was at 5%. Though the poll found 50% of voters were undecided, it also looked at whether those voters leaned towards specific candidates. Of those, about half picked a preference after which support for Adams increased to 18%, Yang to 13%, and Garcia to 11%. Wiley and Morales both got 9%. In another recent survey, the surging Garcia was ahead for the first time in any of the limited public polling available, with Adams second and Yang third.

The more progressive candidates in the race are struggling. Late last month, Stringer, the two-term city comptroller, was accused of sexual assault and harassment by a former campaign volunteer from his 2001 run for public advocate. He denied the allegations but his campaign lost several prominent supporters, some of whom have yet to decide whether they will back another candidate, and he saw a rash of negative media attention, though he has added multiple new labor union endorsements in recent weeks.

Morales, a former nonprofit executive running furthest to the left in the race, got an apparent boost from Stringer’s scandal and had been gaining momentum that also accompanied Wiley’s struggles to break out. But this past week, Morales’ campaign imploded amid allegations of mistreatment of staffers, lack of pay and health insurance for campaign workers, overworking volunteers, and poor management and union-busting by the candidate herself. Many have indicated that Morales, whose historic progressive bona fides have been challenged over her past support for Governor Andrew Cuomo and charter schools, was not living up to the stated values of her campaign platform. And that campaign crisis came after revelations that Morales had years ago gone along when being extorted by a crooked city employee who asked for a bribe from her to address a water bill, then she subsequently lied repeatedly to city investigators.

With both the Stringer and Morales campaigns in crisis of varying degrees and their potential paths to victory in the primary looking additionally daunting, it leaves Wiley, a civil rights attorney and former chair of the Civilian Complaint Review Board (CCRB) dealing with police misconduct, as the progressive candidate looking least tarnished and perhaps most capable of cobbling together the votes needed to eke out a victory in the June 22 primary, which will be decided with ranked-choice voting for the first time.

Wiley herself made that assertion on Friday, when asked by a reporter about Stringer’s and Morales’ struggling campaigns during a door-knocking stop in central Brooklyn. “I'm focused on winning on June 22 and becoming the first woman mayor of the city, and I am the progressive and the only progressive in this race that can win it,” she said.

Wiley has previously said that Morales would be her own second choice on the ranked-choice ballot, but did not address a question from a reporter about whether she had chosen another candidate. Months ago, Morales had named Wiley as her number two, but then changed her answer to undecided. Shaun Donovan, former federal housing secretary under President Obama, has also been vying for progressive votes, but he has struggled in the scattered polling. Donovan has repeatedly named Wiley as his second choice.

Despite his troubles, Stringer has insisted he can still prevail in the primary that he has been preparing for over the course of a lifetime in New York politics. Stringer has consistently polled better than Wiley and has far more money to spend down the stretch of the campaign. His campaign has repeatedly argued he is “the progressive candidate who has the support—built up over decades of service—along with the resources behind him to win this race,” as his campaign communications director, Tyrone Stevens, tweeted earlier this month.

Stringer has been campaigning aggressively in recent weeks, including rolling out new policy plans and adding labor endorsements, even as many question whether he can break into communities of color as he had planned before losing a number of endorsers who were supposed to help him in that effort. Wiley is now surely hoping that some of those endorsers head her way.

Only winning progressive votes will not be enough for victory in the primary, but for any of the more progressive candidates to win, they will need significant first-place backing from progressives while also appealing to more moderate voters, particularly voters of color.

Some progressive elected officials, activists, and groups have been reevaluating how to approach the primary as the race has tightened; Yang, Adams, and Garcia all appear toward the front of the pack; and the Stringer and Morales scandals have unfolded.

“I think coalescing around the strongest progressive left in the race makes a lot of sense. I recommend putting Maya Wiley at the top of the ballot at this point,” said Shannon Stagman, who is co-lead organizer of Empire State Indivisible, a progressive activist group, but was not speaking on behalf of the group, which has endorsed both Wiley and Morales. “I also think it's important to make strong decisions about who not to rank. I personally, as a progressive, do not think that voters who want a progressive in office should rank Andrew Yang or Eric Adams anywhere on their ballot," Stagman added.

As with Empire State Indivisible, Wiley and Morales share support (either via co-endorsements or with one of them as the number one and the other as the number two endorsee) from many of the same organizations including the Working Families Party, Make The Road Action, The Jewish Vote, Community Voices Heard Power, New York Progressive Action Network, Indivisible Harlem, Union of Arab Women, and Higher Heights For America PAC. But at least one group that planned to back both candidates withheld its support for Morales in the wake of her campaign upheaval.

Our Revolution, a national progressive grassroots group, had teased that it would endorse Wiley and Morales on Thursday. But only Wiley made the cut. “While both Scott Stringer and Dianne Morales are progressive, unfortunately they're flawed candidates who are running flawed campaigns,” said Joseph Geevarghese, executive director of Our Revolution. “And in this moment, the best shot for progressives to capture City Hall is to unite around Maya Wiley's campaign.”

Unlike the “self-inflicted wounds” of the Stringer and Morales’ campaigns, Geevarghese said Wiley has run a “competent campaign.” “Progressives should be pragmatic in this moment and I think just the competence of her campaign is something that progressives should double down on,” he added.

On June 2, the New York Progressive Action Network suspended its endorsement of Morales and gave its undivided support to Wiley. The Jim Owles Liberal Democratic Club also rescinded its earlier endorsement of Morales on June 1 and announced that it was supporting Wiley instead. Wiley was also the first-choice pick for the New York State Nurses Association, which announced its endorsement on June 3, while picking Eric Adams as their second choice. And on June 4, State Senator Julia Salazar and Assembly Member Maritza Davila, both of whom had previously backed Stringer, threw their support behind Wiley, as did Assembly Member Emily Gallagher.

While Wiley has, by many accounts, run a solid campaign, including picking up endorsements like from the large and powerful 1199 SEIU health care workers and Rep. Hakeem Jeffries, among many others, her candidacy has not taken off, and there is limited time left to really make a move. Some have blamed muddled messaging and a somewhat ill-defined campaign, led by a candidate who too often falls back on vague and lawerly remarks. As the New York Times editorial board endorsed Garcia, it gave little praise to Wiley, the former MSNBC analyst who was hoping to get a boost with Times readers and secure more support among white progressive voters she will need to have a chance to win.

But Wiley was widely seen as performing strongly in the first official televised debate. Her campaign has been releasing television ads that give at least a somewhat clearer message of what her campaign is centered on -- opportunities for young people, police reform and accountability, racial equity, good jobs -- and has enough money to remain competitive, while 1199 has also pledged an independent expenditure on her behalf. And she’s taken other recent steps to appeal to both the white progressives and Latino and Black voters of various political stripes that she is trying to bring together, including new endorsements from Gloria Steinem and Cecile Richards, a Latino-focused policy platform released with endorser Rep. Nydia Velázquez, and door-knocking in Prospect Heights with City Council candidate Crystal Hudson.

That Stringer and Morales have faltered is also a challenge for groups that have been attempting to create a progressive front to defeat the likes of Yang and Adams. “Yang and Adams create a unique threat to the livelihood of a lot of New Yorkers,” said Charles Khan from Our City PAC, a political action committee formed to promote progressive candidates in this year’s election. “They're kind of wholly-owned subsidiaries of special interests, real estate, financiers, and tech folks, right now, so we're also definitely focused on making sure the public is aware of who they are, what they stand for, who's backing them, as they weigh their options for the elections."

Khan said the group is not backing any single progressive candidate but attempting to raise the floor for all progressives. But their hopes of building a “unity ticket” have sputtered with the progressive mayoral candidates.

“The best thing we can do from a strategy standpoint on ranked-choice voting at this point is a unity ticket. And that's why I said continue to push progressives and progressive values,” he said. “If everyone coalesced around Wiley, that may get her more first-place votes but she needs to do well as a second choice and third choice and fourth choice in order to really win.”

Ben Max and Ethan Geringer-Sameth contributed to this story.