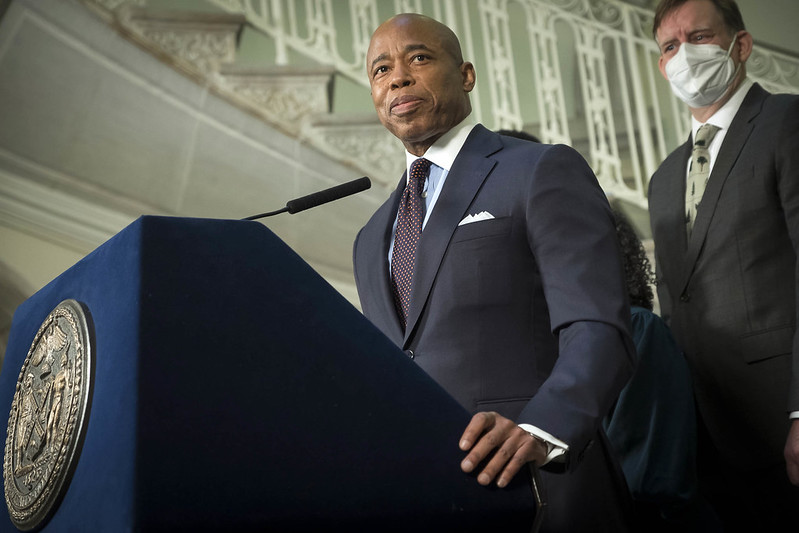 The new Dynamic Mayor’s Management Report (DMMR) is Adams’ latest effort to fulfill a promised move towards real-time governance that allows up-to-date examination of how the city and its agencies are operating. The MMR, which is required to be published twice a year under the city charter, will now be “updated on a regular basis,” Adams promised, and provides a user-friendly interactive dashboard that gives easy access to agency metrics.

“As I often say, if you don’t inspect what you expect, it’s all suspect,” Adams, a Democrat almost 100 days into his term, said in a statement. “When it comes to city government, we need to put in place real-time systems to inspect what we expect, tracking how well we’re delivering services to New Yorkers and identifying areas we need to improve. The launch of today’s Dynamic Mayor’s Management Report is a critical step forward in leveraging data to make our government work better for all New Yorkers.”

The executive order clarified La Rocca’s duties as the city’s efficiency czar (details the mayor’s office had previously declined to provide despite repeated requests from Gotham Gazette). She is charged with developing updated performance metrics to make city government more efficient, transparent, and accountable. She will have to determine the “time tax” imposed on city residents -- the bureaucratic hurdles that they face as they attempt to avail of city services -- in order to improve how the city serves them. Her duties also include evaluating ways to cut government regulation, make it easier to do business in the city, and review the city budget for new needs.

“It speaks volumes about Mayor Adams’ commitment to improving government efficiency that he created a chief efficiency officer,” La Rocca said in a statement Wednesday. “Everyday New Yorkers should not have to spend hours navigating a bureaucracy to access basic services. We are off to a running start, and I look forward to continuing to work with the mayor and first deputy mayor to drive efficiency improvements across city government.”

Under the executive order, every city agency will now have to designate a new Chief Performance Officer to coordinate with La Rocca and the Mayor’s Office of Operations, which is headed by Director Daniel Steinberg. Like La Rocca, the agency performance officers will have to ensure that their respective agencies use data and metrics to improve performance and efficiency. They will also work to add additional metrics to the Mayor’s Management Report and to improve on existing ones.

Finally, the order establishes a new Mayor’s Efficiency Steering Committee made up of the administration’s various deputy mayors or their representatives, the director of the Mayor’s Office of Operations or representatives, and officials from agencies picked by the Chief Efficiency Officer. The committee will work to reduce government dysfunction and waste, the order states.

The DMMR and efficiency officer roles are in line with several measures Adams has already taken in his first few months to streamline city government, cut inefficiencies, and enhance effectiveness. He has reshuffled the city government org chart, consolidating several offices including, for instance, combining technology-related offices under the new ​​Office of Technology and Innovation and climate related offices under the new Mayor’s Office of Climate and Environmental Justice. In his proposed budget for next fiscal year, he mandated most city agencies to find efficiencies and savings, offering a plan with reduced spending at many departments.