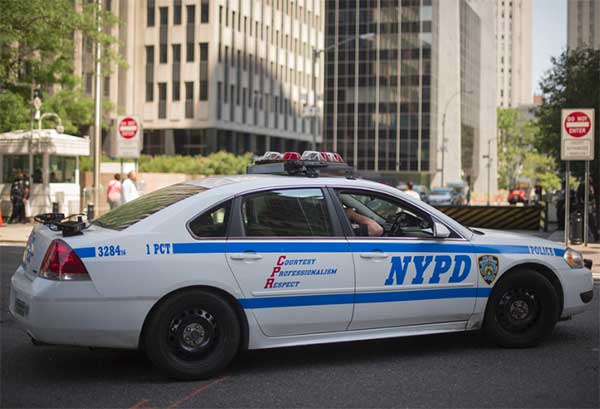 The New York Police Department’s program to reimagine policing with a focus on creating community relationships expanded to six additional precincts and one more housing Police Service Area (PSA) last week, bringing the total to 26 precincts and six PSAs now served by the new model. Gotham Gazette visited the 79th Precinct in Western Bedford-Stuyvesant on Monday, July 27, to see the rollout of the program and to speak with residents about their reaction to the new policing model.

Neighborhood policing, sometimes referred to as community policing, launched as a pilot in four precincts in May 2015. The program, part of the NYPD’s evolving approach to preventative measures, is an integral component of Mayor Bill de Blasio and NYPD Commissioner Bill Bratton’s new plan for the department, One City, Safe and Fair Everywhere, which was released in June of last year. The addition of 1,300 new officers to the force is part of implementing neighborhood policing, which calls for officers to spend more time walking beats free from responding to 911 calls.

Essentially, the NYPD’s plan is aimed at fostering trust between police officers and residents, business owners, and others in neighborhoods they patrol. Through daily personal interactions and direct involvement in community affairs, officers are expected to build relationships. The basic tenet of the program is that familiarity breeds trust so the same officers patrol the same areas virtually every day to acquaint themselves with the people who live and work there, and vice versa. The program is expected to expand to 40 precincts, of the 77 in the city, by next year.

Some reformers are critical of the community policing model, which they say has a potential to lead to more policing of quality-of-life offenses and turning community problems into police problems. When the increase in NYPD officers was proposed last year to facilitate the program, Alex Vitale, associate professor of sociology at Brooklyn College, and Alyssa Aguilera, political director at VOCAL-NY, opposed it. They wrote in a March 2015 editorial for Gotham Gazette, "Too often, community policing means more intensive and invasive policing of minor disorderly behavior that serves to criminalize mostly people of color without dealing with the underlying causes of this behavior like poverty, homelessness, problematic drug use, mental health issues, and more."

Under the new model, in part made possible by the 1,300 new officers fought for by the City Council, but also somewhat the result of how safe the city already is, each precinct is divided into four or five sectors and a two-officer patrol car is dedicated to each sector. Officers are also given a third of the time in their shifts to engage with the community rather than respond to 911 calls. Other precinct-wide response teams compensate for those officers to ensure emergency response isn’t affected. Each sector will also have two specially trained Neighborhood Coordinating Officers (NCOs) who identify community issues and crime trends to find solutions. "Citizens will get to know their cops," the plan reads. "The officers will take ownership of their sectors. The public will identify sector officers as their go-to-cops and not just another blue uniform."

At the NYPD Police Academy’s graduation ceremony on Friday, July 1, Commissioner Bratton echoed the sentiment that underlies the community policing model, telling the 1,257 new graduates that they shouldn’t wrap themselves in "a blue cocoon that isolates you from the community."

Last Monday, June 27, was the first scheduled day for neighborhood policing in the 79th precinct, which has relatively high crime rates, but has also been getting safer and is on the frontier of creeping gentrification in Brooklyn.

Requests to NYPD for information about the launch went unanswered in the week leading up to it and on the day, calls to the precinct’s Community Affairs unit went unanswered till late in the afternoon. The precinct’s commanding officer, Deputy Inspector John Chell, was also unavailable.

The launch of the program was without much fanfare it seems. Officers at the precinct did not seem to know the details of its implementation and suggested Gotham Gazette contact NYPD headquarters, to find those in charge of the program. The office of the Deputy Commissioner Public Information subsequently confirmed that the program had launched and provided details for the 79th precinct. The precinct has four sectors, with eight NCOs and a sergeant in charge of the program, supervised by the commanding officer.

For people in the neighborhood, the launch of the program came as a surprise. Some had heard rumors, while others were entirely unaware. But most agreed that it was a necessary and valuable initiative that would mitigate the distrust between the police and a community overwhelmingly home to people of color.

A few people were wary of more cops on the street, an extension of their feelings towards the controversial stop-and-frisk policies that the police department heavily relied on in the past. But they supported the principle behind the program if it means that police officers interact with them as law-abiding citizens rather than view them with suspicion.

Army veteran F. Herbert, 90, has lived in Western Bed-Stuy for more than 60 years and says he has seen it go from a "rough neighborhood" to one that started changing for the better ten years ago. He recalled the 1964 riots, which began in Harlem following the shooting of an African American teenager by an NYPD officer and later spread to Bed-Stuy. People were "trying to burn [the neighborhood] down," said Herbert, providing evidence of what happens when there is strife between the police and the people. "It’s gravy around here compared to what it was," he said.

Having lived there so long, Herbert has seen cops come and go. He befriended many of the older ones, who have long since left, but doesn’t recognize the new faces on the block. The new cops "don’t stop and talk," he said. "They just keep moving. I think they should try to get to know the people in the neighborhood."

That’s exactly what the neighborhood policing model aims to accomplish, and Herbert supports it. "I think it’s a good thing, personally," he said, stressing that the city needs to start implementing it in full. "Action needs to be taken instead of talk," he added. "Talk is cheap."

The effort to get to know people in the neighborhood is to build bonds, in part to learn about community concerns so they can be addressed proactively, before things boil over, to learn about individuals, gangs, and others who may cause neighborhood upheaval. The notion that better relationships will lead to more tips, both before and after crime occurs, is of concern to some police reformers.

Keishon Warren, 35, is co-owner of Brooklyn Blend, a coffee shop on Tompkins Avenue, a few blocks down from the 79th precinct building. Officers frequent his business, even from the neighboring 81st Precinct. "I'm for any initiative that can assist the community in growing and being safe without interrupting people’s livelihood," he said.

He praised the precinct’s current community affairs unit, saying they do a “phenomenal” job. “They’re doing a great job with just their presence in community programs,” he said. “They reach out to business owners and key figures in the community.” But he admits that despite falling crime levels, there's room for improvement and the neighborhood policing program is a necessity.

Warren also said that the 79th precinct is one of the few where he has seen officers on foot patrols, although there were none visible that day. Across the precinct, pairs of officers patrolled in squad cars, criss crossing the neighborhood.

George Carty, 56, works as a consulting network administrator. He has confidence in neighborhood policing. "It’s a good idea," he said, particularly for younger residents to develop congenial rather than adversarial relationships with police officers.

Carty doesn’t think there's much division between residents and police in the neighborhood, compared to other communities, but thinks the program is valuable regardless and will promote cooperation. “People will know that the police are somebody they can go to if there's a problem,” he said. "It'll be a good system. It'll help a lot...And if [the police] have a problem, people will look to help them out."

On July 11, the precinct’s Community Affairs unit will host a forum at 585 Dekalb Avenue, where the precinct community council meets once a month, at which top officers will discuss the program with residents and provide details of how it is being implemented.