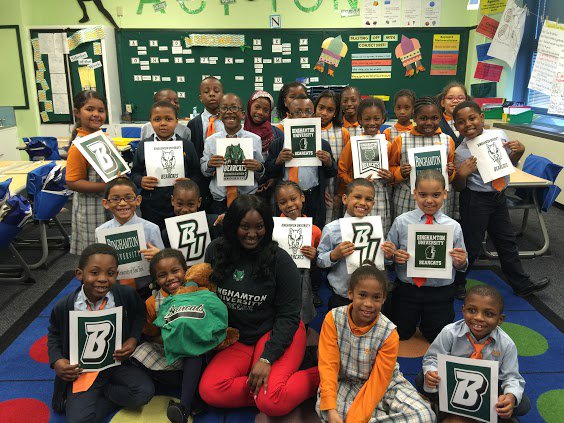 Release of the most recent student test scores on state English and math exams for third- through eighth-graders set off widespread celebration in public education circles. Supporters and leaders of charter schools and traditional public schools alike have been promoting the results, including Mayor Bill de Blasio, who has cited test score jumps as proof that his education agenda is working.

In an annual tradition, the release of the scores led different interest groups and interested individuals to see the results through the lens of their politics and another round of the district versus charter school debate commenced. On Wednesday, de Blasio attributed the larger growth in scores by charter school students to the sector’s emphasis on test preparation, setting off a new round of criticism of the mayor by charter school supporters, who he has mostly been at odds with for years.

The most acrimony for de Blasio and the charter school sector has come with Success Academy and its lightning rod founder and CEO, Eva Moskowitz. Success is the city’s largest charter school network, its students routinely outperform most others across the city on standardized tests. It has been the focus of much criticism over its discipline practices, emphasis on test prep, and stringent expectations of both students and teachers.

Charter school supporters, including Moskowitz, who published a related op-ed in the New York Daily News on August 4, were quick to tout the fact that the charter sector outpaced district schools on the state tests. But the sector’s increase was driven disproportionately by Moskowitz’s own Success Academy students.

The percent of district school students with scores of “proficient” or higher rose 1.2 points from last year to 36.4 percent in math and rose 7.6 points to 38 percent in English. This places New York City district schools 3 points behind the overall state average for math proficiency and, for the first time in history, in line with the statewide average for English.

“The steps we took, the investments we made are paying off, and we have objective evidence of that in these test scores,” de Blasio said at an August 1 press conference called to celebrate the scores. “That is true in both English and math. And I’m very proud to say in English, every single one of our 32 local districts improved. And that is extraordinary consistency.”

“From the perspective of the [New York City charter school] sector, the sector scores are strong overall. There's a lot of strong performers,” NYC Charter School Center CEO James Merriman told Gotham Gazette. “The bottom line is it's part of a longer trend where you have a sector that's working and that parents, particularly parents of students who are black and Hispanic, want more of.”

Charter school proponents regularly cite the long wait lists for their schools and criticize de Blasio and others for standing in the way of the creation of more charter schools, which are publicly-funded, privately-run schools authorized by state entities. There is a cap on the number of charter schools that is set by state lawmakers, who have generally been supportive of raising it. A recent Quinnipiac public opinion poll showed that among New York City voters, 51 percent said they would prefer for their child to attend a charter school while 37 percent said they would prefer a traditional public school.

While de Blasio and his allies have celebrated district school students’ gains on the tests, some have sought to discredit those jumps. Statewide, proficiency on English exams increased by seven points since last year, critics point out, and for the first time, students were given unlimited time on state exams this year.

Moskowitz of Success Academy, a former City Council member, concluded in her recent Daily News op-ed that unlike district schools, city charters, which exceeded the seven-point statewide jump, are a “set of schools that meets the criteria” to truly be considered improving.

This trend was not uniform, however, across charter schools - something that many in the charter sector are not necessarily eager to point out, even including Moskowitz. Success earned far higher scores than schools across the charter sector, which includes 25 other networks and 216 total schools, pulling the sector average upwards by a significant margin.

Over 4,300 Success Academy students took the state tests in 2016, about 10 percent of charter school students tested in the city. Success students showed proficiency at nearly double the rate of all charter schools -- 94 percent were proficient in math and 82 percent were proficient in English this year. Success also outperformed traditional public school students by 58 points in math and 44 points in English.

With Success scores factored out, the city’s charter school students averaged 43.8 percent proficiency in math and 38.9 percent in English, outperforming district school students by 7.4 points and less than one point, respectively.

“The scores from Success are startling. They're incredibly high,” Merriman said. “Another thing I would say stands out is the relative uniformity across [Moskowitz’s] schools. There's a consistency there that I think most people would agree is very difficult to achieve.”

But because of Success’ approach, and uniquely high scores, David Bloomfield, an education professor at Brooklyn College and the CUNY Graduate Center, said that categorizing in the same set alongside all other charters in the city is unproductive. Because charter schools are privately operated, Bloomfield said, their methods differ from one school to the next as greatly as private schools, which makes grouping them difficult.

“The Success scores give a halo effect to charters in general, and that's based on a fundamental misunderstanding of variation between charters,” Bloomfield told Gotham Gazette. “What we're supposed to be finding out from these scores is…how much students are learning, but the variation in the preparation practices makes that impossible.”

Representatives of Success Academy say that it makes sense to group all charter schools together since all district schools are discussed in sum although they vary widely as well.

Success Academy is driven by an emphasis on standardized testing, preparing students rigorously and from a young age, as explored in depth by The New York Times and Chalkbeat, and frequently discussed by Moskowitz and others at the network. Students’ grades are posted in the hallways at Success schools; students who do well on tests are rewarded with toys and candy, while those who do poorly face punishments like detention or calls home. Extracurriculars can relate to testing—in April, Moskowitz organized the network’s annual “slam the exam” rally for third through eighth graders the week before the state tests.

The network has come under significant criticism for its approach to testing and has been the target of various accusations around pushing low-performing students out of its schools. In October, The Times revealed that one Success principal kept a “got to go” list of low-performing students he wanted to see leave his school. Moskowitz called it an anomaly, as she did when The Times published a secretly recorded video of a Success teacher at a different school berating a young student for answering questions incorrectly. The network does not shy away from its especially high rate of student suspensions. In May, Politico New York reported that internal Success documents pointed to possible cheating by teachers.

Still, most charter school backers have held Success Academy as a model and praised Moskowitz for her work. There are some in the sector, especially at smaller, non-network schools that are critical of Success and do not align with political work the chain is heavily involved with. Success now includes 41 schools and has the stated goal of expanding to 100 by 2025.

Moskowitz’s schools continue to be the pace-setters for the charter sector on the state exams.

When asked by Gotham Gazette about the disparity between charter school and district school performance at a press conference on Wednesday, de Blasio criticized schools that prioritize test prep and implied that those schools distort the sector’s overall numbers. He said that his administration believes that tests are important, but not in too much of a focus on them.

“Some substantial piece of that [average] is based on charters that focus on test prep. And that’s where they put a lot of their time and energy,” de Blasio said. “Of course it could yield better test scores, but we don’t think that’s good educational policy so we’re going to do it the way we believe is right for our children.”

"At Success Academy we have tried to reimagine public education, putting children at the heart of everything we do -- from our field studies, chess clubs, and recess to hands-on science, literacy, and math,” the statement reads. “In many district schools, children are bored out of their minds. We banish boredom by filling every day with child-centered learning."