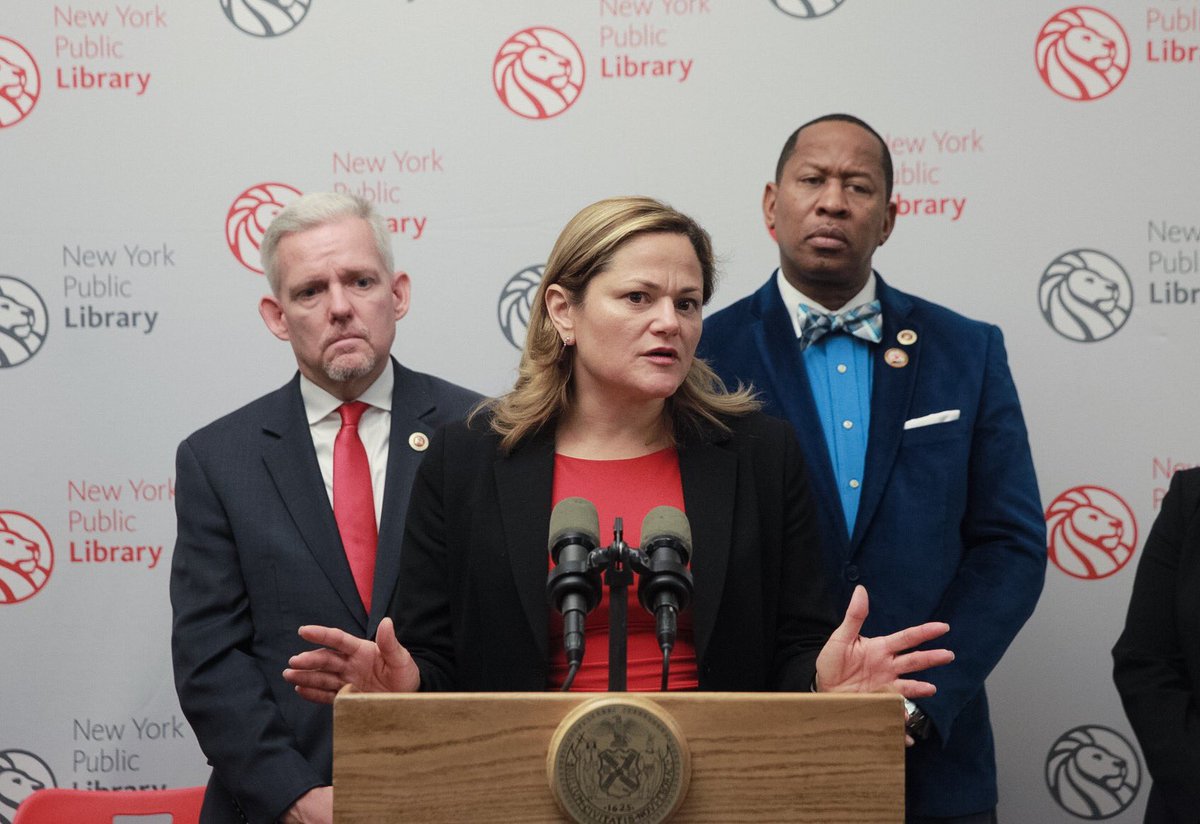 Within the next two months, the City Council is expected to vote on a large legislative package that would alter the city’s campaign finance system in a variety of ways and regulate donations to political nonprofits, Council Speaker Melissa Mark-Viverito said this week. Some of the proposals and the timing of their likely passage have raised concerns, though, that the Council is weakening the city’s model campaign finance system, pushing some reforms through after too long a wait and rushing other, newer bills through just in time for the next municipal election.

The Council has before it 22 bills relating to campaign finance law and elections, 14 of which were heard just last week by the Committee on Standards and Ethics. It was the first hearing on legislation for the committee under this Council, which took office in January 2014, owing to the fact that the main bill in that bundle deals with conflicts of interest. The 13 others relate to the campaign finance system.

The other eight bills of the 22 were heard in May by the Committee on Governmental Operations, which has oversight of the Campaign Finance Board, and were introduced about one year ago. They have awaited a committee vote since, but have not moved.

Mark-Viverito, who largely controls which bills are heard and voted on, has promised that the two bundles of bills will be lumped and voted on together. “We will be moving ahead with an extensive package,” she said at a news conference on Tuesday, in response to Gotham Gazette’s questions about the concerns raised at last week’s hearing. “We’ve been going through a lot of deliberations, a lot of conversations with stakeholders and others, so I’m very confident about what it is that we will be presenting.”

When asked when the vote could happen, she said, “It’s gonna be soon. Probably within the next month or so, without a doubt.”

Although a common theme unites 21 of the 22 bills, they have taken vastly different trajectories in the Council’s legislative process. The first package was only heard six months after it was introduced and has since languished in committee. Those proposals came straight out of the Campaign Finance Board’s 2013 post-election report, which recommended improvements to the campaign finance law. These proposals mainly seek to tighten gaps in the campaign finance law, including the elimination of public matching funds for contributions bundled by people with city business, enhanced disclosure rules for entities that do business with the city, and a prohibition on contributions from non-registered political committees to candidates who don’t participate in the public matching program.

The second package has not been as thoroughly vetted, it seems, including the 22nd and most high-profile bill, Intro. 1345, which would limit donations to political nonprofits affiliated with elected officials.

That bill is a direct response to the Campaign for One New York, a now-defunct nonprofit affiliated with Mayor Bill de Blasio that accepted large donations from people who have business with the city. Those activities have led to multiple investigations and allegations of a pay-to-play culture at City Hall, with federal authorities investigating whether government action was offered or done in exchange for donations to the Campaign for One New York. De Blasio has denied any wrongdoing and no one has been charged.

Intro. 1345 and the accompanying 13 bills were introduced on November 16 and were heard just one week later. Although Intro. 1345 was embraced by the Campaign Finance Board, which is an independent city entity, the de Blasio administration, and government reform groups, the rest of the bills are seen as a bit more problematic. Even representatives of the city Conflicts of Interest Board, which would be tasked with implementing Intro. 1345, expressed doubts about COIB’s ability to do so and questioned whether it is the appropriate agency to be assigned the job. Meanwhile, representatives for the Campaign Finance Board critiqued several of the bills relevant to its operations and the city’s well-regarded public campaign finance system.

In contrast with the first legislative package, some of the new bills are more friendly to Council members and candidates in general, and would ease certain elements of campaign finance regulation including documentation requirements for contributions and the current restriction on the use of non-public campaign funds for official purposes.

Government reform groups have questioned the overall approach the Council has taken with the most recent bills, which they say are being rushed along and are based on Council members’ personal experiences with the system rather than objective analysis that would usually be identified by the Campaign Finance Board.

In written testimony submitted to the committee, Susan Lerner, executive director of Common Cause New York, a good government group, said it was “perplexing” that the 14 bills were heard by the Standards and Ethics committee when only one of them dealt with conflicts of interest.

“These bills are, in major part, detailed technical changes that, unlike previous revisions, have not grown out of the Campaign Finance Board’s statutorily required reports and recommendations, which result in revisions of the system which are openly discussed, negotiated and considered far in advance of the City’s next election cycle,” Lerner wrote, stressing that they could inadvertently weaken the CFB’s independence.

She also said the bills “appear to be on a fast track,” while the older bills based on recommendations in the Campaign Finance Board’s 2013 post-election report have languished. Taking issue with the timing, right on the eve of a city election year, she said the Council should wait till after the 2017 elections to reconsider most of the campaign finance bills and do so through the appropriate committees.

The CFB itself criticized the bills as hampering its ability to enforce the campaign finance law, calling them “poison pill” measures in testimony at the November 21 hearing.

At a public meeting on December 1, CFB Chair Rose Gill Hearn reiterated those concerns. “This legislation has been considered on an accelerated schedule,” she said, stressing that the “hastily drafted” proposals would undermine the board’s oversight of the campaign finance system. She specifically called on the Council to reject one of the bills, Intro. 1355, sponsored by Council Member David Greenfield, which allows candidates or their committees to complete or correct contribution cards. “The board believes this bill will enable fraud,” she said, “and remove a weapon for the CFB to detect and prevent it.” Council Member Greenfield was not made available for comment for this article.

In urging the Council to delay the bills till after the 2017 elections, Hearn did promise to work with the Council on improving the campaign finance program and commended Council members for Intro. 1345, the political nonprofit donation limits bill. This bill is sponsored by Mark-Viverito, who was not present for the hearing on the bill, which was chaired by standards and ethics committee Chair Alan Maisel.

Dick Dadey, executive director of Citizens Union, a government reform group, stressed that the bills need more time to breathe. “We hope we have at least a month or two to make some needed changes to these bills that represent new ideas and are a marked shift in the management of the campaign finance board,” he told Gotham Gazette.

Dadey said the new package “does feel rushed to us” and that “there’s some question as to whether these will actually strengthen or weaken the program and a much fuller discussion needs to be had before these move forward.” While he acknowledged that Council members should have a significant voice in improving the campaign finance system, he said they should avoid imposing solely their own concerns. “[The campaign finance law] needs to reflect the public’s interest in protecting taxpayer dollars while making it a workable program for the candidates themselves,” Dadey said.

Council Member Maisel said the timeline of these newer bills, from drafting to hearing to a possible vote, may be short but is necessary. “There’s an effort to try to get these bills voted on sooner than later because the election is next year,” he said in a phone interview, adding that he was not given a specific timeline to push through the bills. “Whether it’s done before December 31 or the first week of January, I can’t tell you,” he said. Maisel is meeting this week with Council staff to review feedback from the hearing to amend and tweak the bills, he said.

Maisel also pushed back against the criticism that the bills might weaken the CFB’s authority, insisting that they’re aimed at making the system more reasonable to encourage participation. “They’re protecting their turf,” he said of the CFB. “If these bills are passed, their powers are intact. I don’t see how [the bills] undermine their authority.”

The proposals have created some degree of internal tension within the Council for multiple reasons, including the committee venue. Additionally, before the bills were introduced, Council Member Kallos was openly skeptical of the effect they might have, telling the New York Times, “I am concerned about undermining the best parts of a system that has worked for the people.”

Council Member Brad Lander, sponsor of one of the new bills, disagrees. First, Lander told Politico New York that the Times report had mischaracterized the bills under consideration. On Tuesday, shortly after the speaker’s news conference, Lander told Gotham Gazette the concerns over the bills would be addressed through amendments and that criticism of their timing was unfounded. That the bills were heard through the standards and ethics committee rather than the governmental operations committee made little difference, he said, since the same people and advocacy groups would testify even if there were separate hearings. He also noted that Kallos, the governmental operations chair, was present at the hearing as well.

Lander also sought to dispel the notion that the bills were being expedited through the Council. “That’s a silly thing to say,” he said, noting that discussions on Intro. 1345 in particular have been in the works since the shutdown of The Campaign for One New York was announced months ago. And while there was not the same urgency with the eight campaign finance bills from last year, he said, “I think if we get a good package that combines a lot of good reform and sensible legislation, that’s a good legislative process.”