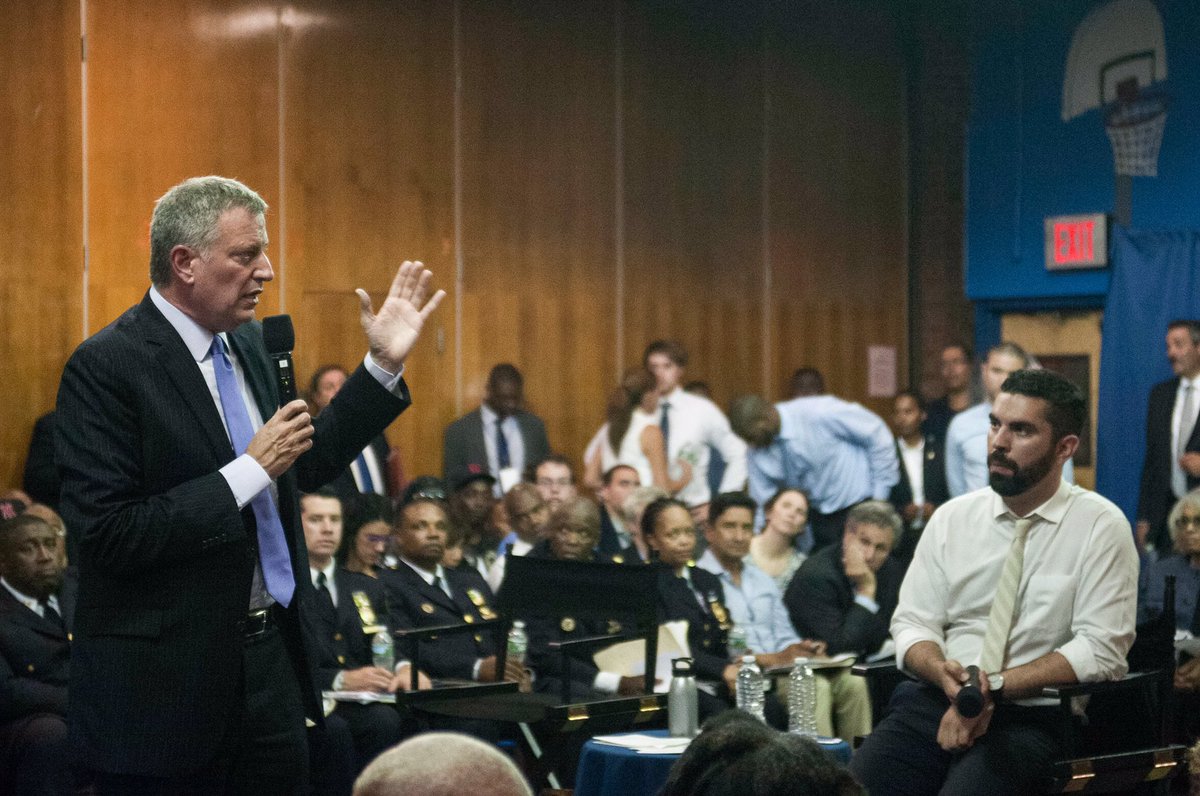 After serving jail time in 2014, Anthony McGlashan, a resident of East New York, Brooklyn, struggled to find employment for three years. While he had a certification from the Anthem Institute in the field of Information Technology, he continued to be rejected by employers due to his lack of experience and his criminal background. McGlashan then turned to one of New York City’s Workforce1 Centers, a city initiative that provides free career services by pairing employers with workers, holding workshops for resume and interview preparation, and other resources to aid the job search.

In August 2015, McGlashan enrolled in Employment Works, a city program designed to match individuals with criminal histories with full-time, permanent positions in an attempt to reduce recidivism. Through workshops and the support of the program, McGlashan was able to secure an IT support position with the State of New York Unified Court System.

“It’s been awhile, it was a struggle,” McGlashan said. “I almost felt like giving up at one time. It was only three years, but it felt much longer than that.”

“The program pushed me to look for a more permanent, full-time position,” he added. “It shows you what you have to do in life to get something, to fight for it. Stay ambitious and determined.”

Those previously involved with the criminal justice system often face significant difficulties when looking for permanent job opportunities. Despite serving their time, a criminal history makes employees much less likely to be hired. To eliminate this type of employment discrimination by employers, New York City passed the Fair Chance Act in October of 2015, forbidding employers from asking for the criminal records of job applicants until a job offer has been made.

To help further break down barriers faced when looking for a job after a conviction, Mayor Bill de Blasio, working with City Council Member Rafael Espinal and Commissioner Gregg Bishop of the Department of Small Business Services (SBS), is opening a new Workforce1 center in East New York, Brooklyn on Monday. The center, part of the East New York Neighborhood Plan that was negotiated by Espinal and the de Blasio administration and passed through the City Council, is tailored to the specific needs of this neighborhood.

East New York has a high percentage of out-of-work, out-of-school youth and individuals with criminal backgrounds, according to the city. As part of the East New York rezoning that passed earlier this year, the career center is the nineteenth such center across the city. It will cost about $700,000 annually to run, according to SBS, with that money coming through a federal Workforce Innovation and Opportunity Act grant. The funding for creating the facility, about $165,000, came from the $276 million allocated for community development in the East New York plan, which encompasses a key stretch of Espinal’s district that will soon be home to new housing, retail, and other development, along with other community services, like a new school. It is an underdeveloped area with high concentrations of poverty and the first neighborhood rezoned under the de Blasio affordable housing plan.

“We are investing in the people of East New York,” Mayor de Blasio said in a statement accompanying the announcement of the new workforce center’s opening. “We are committed to providing the training, the education and the job-placements families need to work their way into the middle class.”

Council Member Espinal, who negotiated with the de Blasio administration to pass the multi-faceted, “anti-gentrification” rezoning for his district in April, called the high unemployment rate in Brooklyn, especially in East New York, “unacceptable.”

“The economic disparities in our city that have put a strain on so many New Yorker’s must be addressed,” Espinal said in a statement. “That is why I pushed so hard to secure this Workforce1 Center as part of the East New York Neighborhood Rezoning Plan. After all, a house is not affordable without a job.”

Some of the debate centered on the East New York plan -- and other rezonings being considered around the city -- revolved around the levels of affordability for new rent-stabilized housing in the rezoned area. New housing in East New York will be deeply subsidized by the city, but there are still concerns of displacement. Relatedly, Espinal and others rallied on Saturday against predatory homeowner speculation that has been occurring in the area in anticipation of community improvements and rising property value.

“All New Yorker’s should have access to good paying jobs and the tools they need to secure a bright future for their families,” Espinal said. “I am excited that the center has opened so quickly and look forward to the opportunities it will create for our community.”

“High levels of joblessness among these young people is a major contribution to participation in underground economies of drug dealing, property crime, and prostitution,” Vitale said in an email.

While these centers provide job-searching resources, Vitale said the mayor should continue to identify more ways for unemployed youth to get jobs, increasing public and private sector opportunity.

“The question is whether these centers will produce an overall increase in employment or merely rearrange who gets the few jobs that are out there,” Vitale said. “The mayor should also take steps to significantly increase the number of jobs for these young people, through public employment if the private sector is unable or unwilling to do it.”

According to the city, the new East New York center includes partnerships with community-based organizations. Espinal points out that while the unemployment rate continues to drop nationally, it has remained higher in Brooklyn, and it is even higher in East New York.

“A quality career opportunity can be a ticket out of poverty for all New Yorkers, including those who were formerly acquainted with the criminal justice system,” said Bishop, the city’s commissioner of small business services, in a statement. “This career center will be an asset for the entire East New York community.”

Note: details of the funding for the career center have been clarified from the original version of this article.