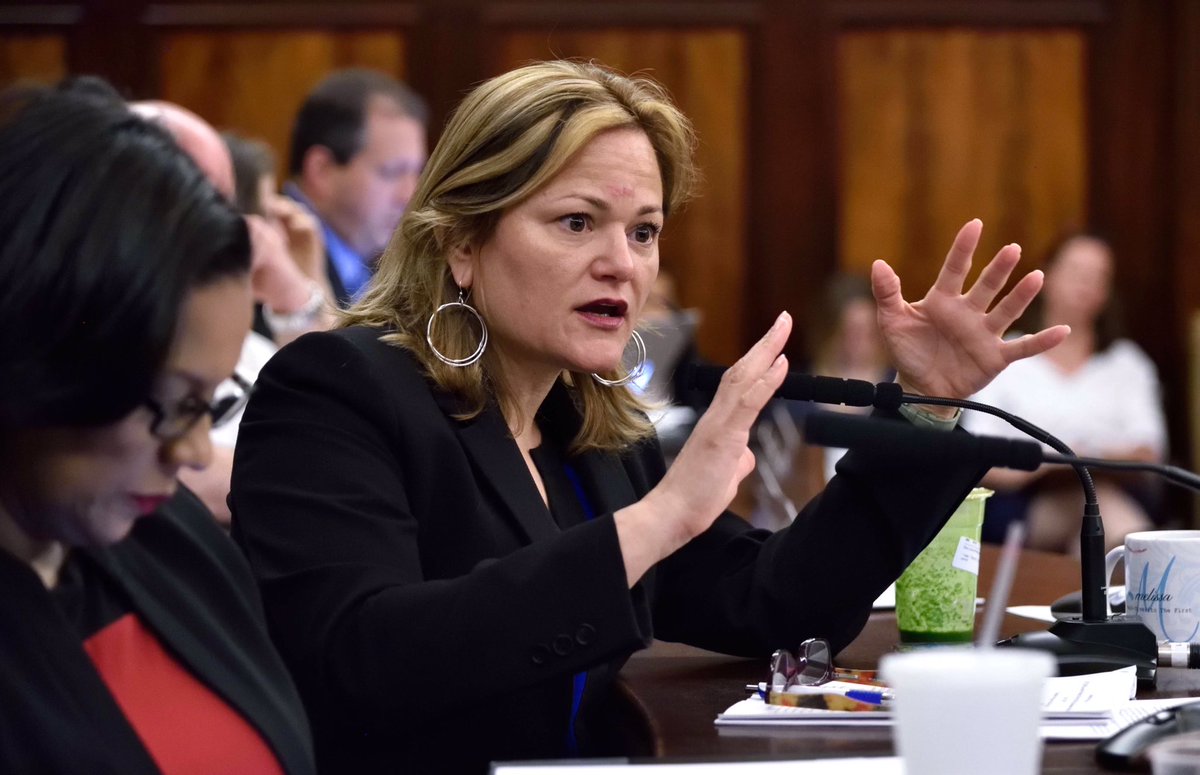 The City Council held its first hearing on Mayor Bill de Blasio’s $84.86 billion executive budget for fiscal year 2018 on Thursday, and Council members gave the mayor a mixed review for his updated spending plan. They praised de Blasio for increasing funding for a number of recommendations made by the Council and for taking steps to control the capital budget. But, Council members expressed concern that crucial priorities remained unfunded, or underfunded, even as the latest budget plan increased projected spending by $700 million over the preliminary budget released in February.

The hearing kicks off the final weeks of public Council hearings, private negotiations, and lobbying by interest groups and advocates, with the mayor and Council due to agree on an adopted 2018 budget by July 1, the first day of the new fiscal year.

At Thursday’s hearing, City Council Speaker Melissa Mark-Viverito commended the administration for increasing funding for the Administration of Children Services, for including funds for borough-based jails and an adolescent facility -- measures that are key to the closure of the Rikers Island jail complex -- and for reducing excess capital appropriations by $3.2 billion. The speaker noted that it was a “bittersweet day” for her, since this is the last executive budget process she will participate in (she is term-limited out of office at the end of the year).

Mark-Viverito said she is disappointed that the budget did not expand the Summer Youth Employment Program, a six-week paid jobs program for youth 14-24 years old, from the current baselined 65,000 slots to 80,000 slots for fiscal year 2018. She is “dismayed” that the budget did not eliminate all school lunch fees, which would have done away with the stigma associated with free lunches available to low-income students, she said.

The speaker also said that though the budget deals with excess capital appropriations, it does not include a comprehensive plan to reform the capital planning process, which is home to faulty projections and consistently over budget and late building projects. “My colleagues and I remain worried that this budget continues the practice of committing funds that significantly exceed the city’s ability to actually execute projects,” she said.

Mark-Viverito, Council Member Julissa Ferreras-Copeland, who chairs the finance committee and is a key player in budget negotiations, and other Council members also pushed the administration to increase the city’s reserve funds to prepare for the threat of funding cuts under the Trump Administration and the Republican-led Congress.

Ferreras-Copeland similarly expressed approval of several of the administration’s funding commitments, including for air conditioning in school classrooms, repairs at NYCHA buildings, and construction and renovation of animal care centers. She also applauded the mayor’s “3-K” initiative, to expand pre-kindergarten to all 3-year-olds in the city. But, she maintained that the budget “clearly falls short in a number of critical areas,” and fails to fund several Council priorities. 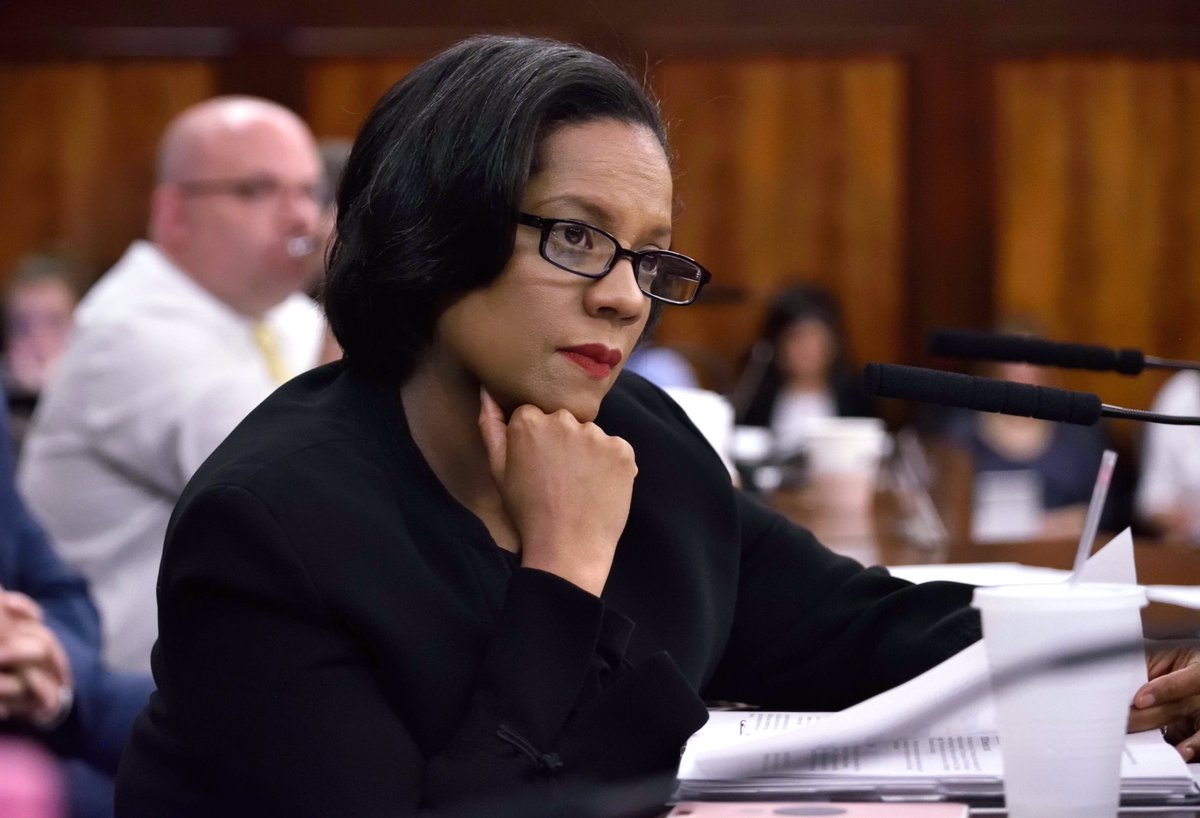 “This cannot simply be explained as a matter of budgetary caution,” she said, citing the city’s pattern of budget growth and the $700 million in new funding from de Blasio’s preliminary budget. Ferreras-Copeland (pictured, left) criticized the lack of funding for senior services and the SYEP program, the failure to fund the Emergency Food Assistance Program (EFAP), and the $6.25 billion increase in the ten-year capital budget without accompanying efficiency measures.

Representing the administration, Dean Fuleihan, director of the Office of Management and Budget, offered little in the way of pushback, defending the administration’s budget outlay plans but promising to continue working closely with the Council on their concerns. The executive budget, he said, “funds New Yorkers’ priorities, and it does so responsibly.”

Fuleihan stressed, as he has in the past, that the budget maintains historic levels of reserve funds - with $1 billion annually in the general reserve, $4 billion in the Retiree Health Benefits Trust Fund, and $250 million each year for four years in the Capital Stabilization Reserve. 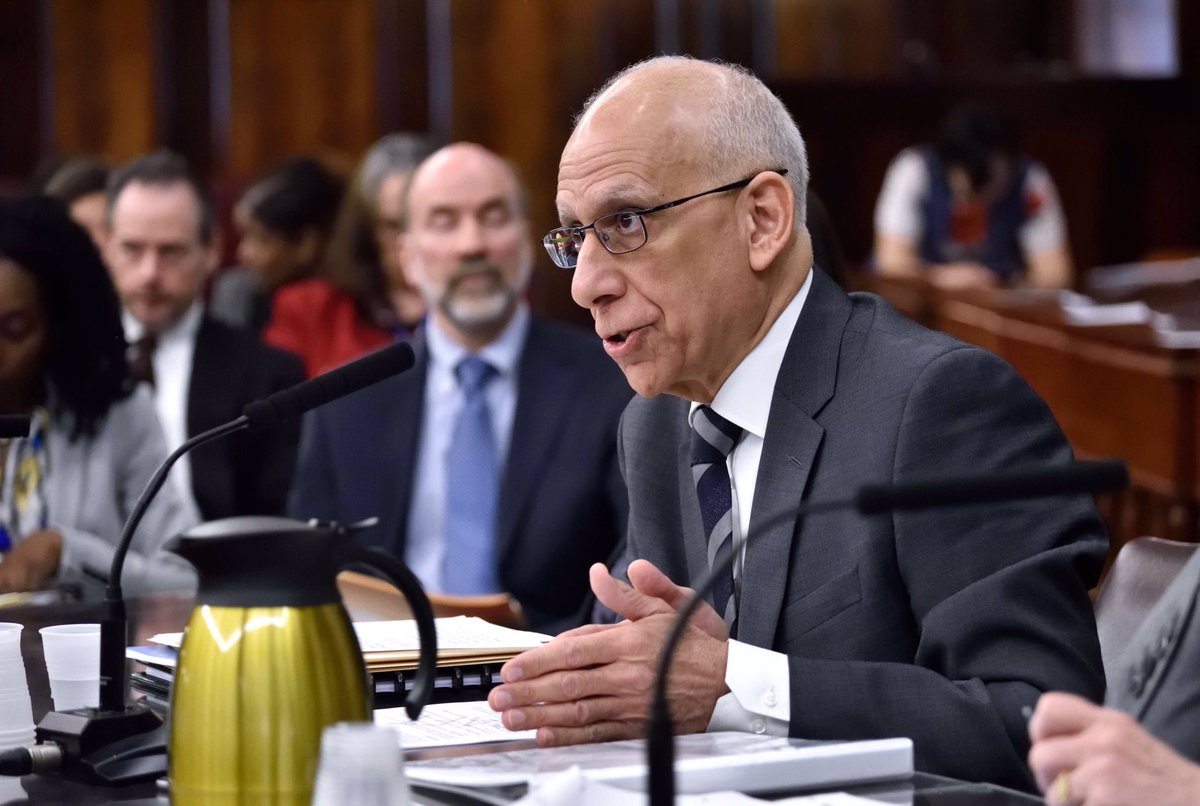 Fuleihan (pictured, right) also pointed out that the city has found $2.8 billion in savings since the November modification of the current budget, including $700 million in the executive budget alone. By the final adoption of the budget, Fuleihan promised, the city will find more savings, particularly from a partial hiring freeze at administrative and managerial levels at some city agencies. Noting the risks from federal funding cuts, he said, “Mindful of these risks, we will continue to make strategic investments and approach our budget process with caution.”

Fuleihan’s assurances didn’t seem to set the speaker’s mind at ease. Mark-Viverito expressed worry that the city’s spending growth could eventually be a problem. “While in the short term, what we’re seeing seems to be OK, in the long term there are concerns that this could be unsustainable,” she said. The city budget has increased dramatically under de Blasio and Mark-Viverito -- given the mayor’s executive budget, it would be up $12.2 billion since the last modification under Mayor Bloomberg in November 2013.

Fuleihan, however, sought to allay those fears, pointing out that the city adjusts and reevaluates the budget continually through the year and would be able to respond as needed. “Your point that we constantly need to be cautious and concerned and find additional ways of savings and maintaining our high levels of reserves, we should be working with you to that goal,” he said.

Mark-Viverito also raised the question of whether the city should return to instituting a Program to Eliminate the Gap or PEG, a Bloomberg-era mechanism that set targeted goals for reducing spending at city agencies. De Blasio did away with the PEG, instead opting for a voluntary Citywide Savings Program that he insists is more effective. Fuleihan echoed that point at the hearing, insisting that this administration’s process had been more collaborative. “We have achieved more savings that way,” he said.

The speaker also asked for estimates, that the budget currently doesn’t include, of how the recently announced plan to close Rikers Island jails over ten years would affect the city budget. Fuleihan had few answers, pointing out that the plan -- which there is currently almost no details for -- affects multiple agencies and also relies on the Raise the Age legislation just passed by the state that will be phased in over the next few years and will transfer 16- and 17-year-olds off the island.

Ferreras-Copeland later brought up the SYEP program, stressing that the administration’s commitment to youth jobs seemed lacking. “Essentially this agency is saying “no” to far more young people than we are saying “yes” to,” she said.

Fuleihan insisted that the city has baselined 65,000 slots for the program, showing that the administration is indeed committed to SYEP. He also noted that a joint youth jobs task force created by the Council and the administration to study the issue only recently released its recommendations and that those would be incorporated before the adopted budget. “I had no doubt that this was going to be another priority that we’re going to be working together on adoption now that we have the task force recommendations,” Fuleihan said.

The hearing touched on a number of other budget items, small and large, and many related to individual Council members’ purviews as chairs of Council committees. For instance, Council Member Jimmy Van Bramer, chair of the cultural affairs committee, brought up funding for the arts; transportation committee chair Council Member Ydanis Rodriguez questioned the administration’s refusal to back discounted Metrocards for low-income New Yorkers; and Council Member Ben Kallos, chair of governmental operations, pushed for budgeting to be linked with agency performance. In his typical refrain, Fuleihan repeatedly said OMB would work with the Council members on their individual concerns.

One of the larger issues addressed at the budget hearing was the city’s capital plan -- not the level of funding, but rather the process of allocation. Council members said the city has often allocated excessive funds for projects that are often delayed and that no plans exists to account for cost overruns.

The ten-year capital plan, which funds the city’s infrastructure needs and is paid for by issuing bonds to borrow money, increased to $95.85 billion in the executive budget, a $6.25 billion or 7 percent increase from the February preliminary budget. Fuleihan insisted that the increase was necessary, with much of it going to creating affordable housing and to repair and maintain public housing infrastructure, and that the city’s level of debt was under the longstanding benchmark of 15 percent of tax revenue. “We look at the capital plan as affordable given any standard that the city has used for decades,” he said. “Can we make improvements on the timing? Yes. Will we work together to do that? Absolutely.”

Council Member Brad Lander pushed Fuleihan to go further, insisting that there’s “a need for systemic reform” of capital project management. “Will you form with the Council a task force to look systemically at capital projects management reform?” Lander asked. Fuleihan seemed open to the idea of resolving issues before the adopted budget but did not commit directly to the idea of a task force. “We should discuss what’s the best way to do that,” he said.

Another prominent issue discussed Thursday was funding for the Emergency Food Assistance Program. The entire Council signed on to a letter to the mayor released Thursday, calling on him to include $22 million in baseline funding for the program, up from $8 million currently outlined. “The epidemic of hunger in our city disproportionately affects women, children, seniors, and communities of color and it’s critical that we can guarantee that no New Yorker is turned away from a pantry or soup kitchen,” the letter reads.

Council Member Stephen Levin, chair of the general welfare committee, who has oversight of the program, said the executive budget doesn’t build on last year’s adopted budget, but rather cuts back on funding. Fuleihan refuted that notion but assured Levin that the administration would collaborate with the Council on allocating adequate funding. “We would work with you and we would work with the agency,” Fuleihan responded. “I think that’s fair.”

For the next few weeks, the Council will hold individual hearings to examine agency budgets and then issue an official response to the administration. The two sides will then move to closed-door negotiations before coming to a final agreement on an adopted budget for the next fiscal year that begins July 1.