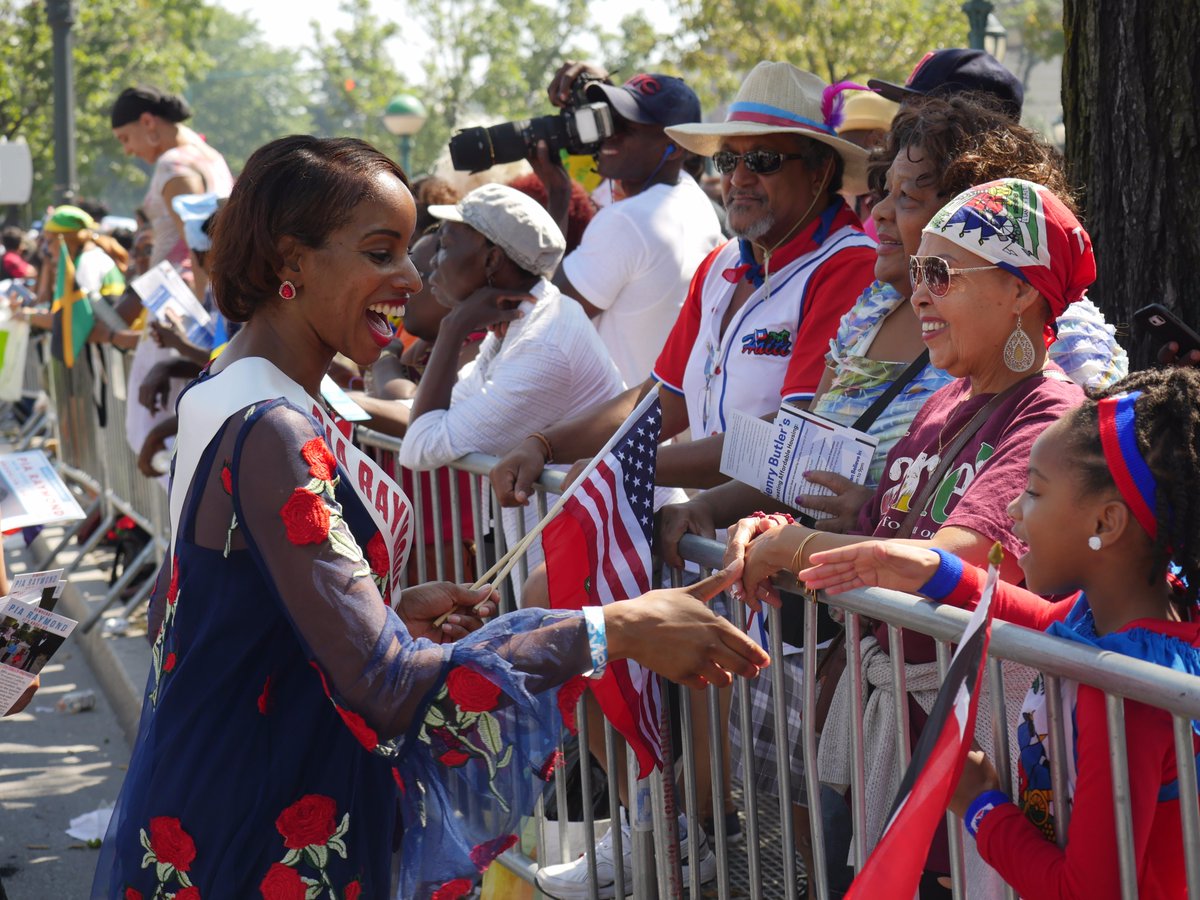 This fall, in races around the city, several qualified female candidates ran in hotly-contested Democratic primaries for open seats being left by term-limited City Council members, while others attempted to unseat incumbents seeking reelection. The September votes -- largely determinative in an overwhelmingly Democratic city -- took place against the backdrop of new and intense attention on the gender imbalance in the City Council, where men greatly outnumber women.

Elections results signal that the January City Council roster will likely include 12 female members, a drop from the current 13, in the 51-seat legislative body. The 13 seats currently held by women already shows a drop from 18 in recent years. In response to this growing imbalance, a report released by the City Council Women’s Caucus in August warned, “The New York City Council is currently in a crisis concerning its gender composition.”

In several cases, including that of Diana Ayala, Carlina Rivera and Alicka Ampry-Samuel, female candidates were successful in September and appear set to join the City Council. In others, as with Pia Raymond, Marjorie Velazquez, and Amanda Farias, they were not victorious.

While the winners celebrate and wage the far less competitive general election, those who lost have been left with questions about their campaigns, and about what to do next. In conversations with Gotham Gazette, Raymond, Velazquez, and Farias each reflected on their electoral effort and looked ahead.

In a close race in the Bronx, in District 13, Marjorie Velazquez faced Mark Gjonaj, a sitting state Assembly member, among others. Velazquez won 34.17 percent of the vote, a close second to Gjonaj’s 38.46 percent in the five-person primary. Gjonaj spent over $1 million, an unheard of sum for a City Council race; while Velazquez spent about one quarter of that, around $225,000.

Gjonaj’s Assembly district boundaries overlap significantly with the Council district, where Velazquez had the backing of outgoing Council Member James Vacca, but Gjonaj had the advantages of name recognition and a massive war chest to spend from. These two factors likely pushed the Assembly member ahead, according to Velazquez. “He’s a sitting Assembly member for the area that basically he won out of, which was the 80th Assembly district,” said Velazquez. “Ultimately when you have a million dollars he was able to get many more resources than we were.”

In the past, District 13 has been home to few female candidates, a pattern Velazquez hopes her run will help reverse. “Women are definitely held to a double standard every which way when running a race and when women see that it can be done, when women see that they have an example, they are more comfortable doing this,” she said.

She will appear on the Working Families Party line in the general election, on the heels of her loss in the Democratic primary, but she is not actively campaigning. When discussing potential bids in the future, Velazquez was unequivocal about her intention to campaign again. “Would I ever run again? Most definitely,” she said.

In the fight for District 18, life-time Bronx resident Amanda Farias faced another state legislator-turned-City Council candidate; state Senator Rubén Diaz, Sr. In a crowded race, the candidates faced off for an open seat being left by term-limited Council Member Annabel Palma. The senator won with 42 percent of the vote; Farias finished second at 21 percent. Like with Gjonaj, most primary voters did not choose Diaz, Sr., though the state lawmakers each won with a plurality.

Farias attributes her loss in the South Bronx district to a number of advantages benefitting Diaz, Sr. “Name recognition, having a similar name as our borough president for example, these are things that definitely played a large role in the folks that came out and either weren’t touched enough or came out to vote and didn’t get enough information on anyone in the race,” said Farias, in reference to Diaz, Sr.’s son, Bronx Borough President Ruben Diaz, Jr.

According to Farias, women working within city government roles need to better organize other women to run and hold people accountable in order to counter disparities in representation. As for her own plans, another bid is on the horizon. “I am already planning on running again,” said Farias, “I’m just in the planning phases now, trying to make sure that I stay visible and I stay in tune with what the Bronx Democratic Party is going to be doing within our communities and I’m there to at least represent the community’s and residents’ needs.”

Farias did not disclose which race she may be considering.

She also argued that the push for greater female representation is not a responsibility that lies solely with women. “It’s not only identifying women and providing them with training, it’s being able to push back and hold men accountable in that they also need to be supportive or they need to take their own back seat as well as ensuring that there’s money being funded to women,” said Farias.

For Pia Raymond, the decision to challenge incumbent Mathieu Eugene in Brooklyn’s District 40 Democratic primary created an uphill battle from the start. Raymond also had to compete with another strong challenger, Brian Cunningham, who has worked as an aide to multiple City Council members. Eugene, the incumbent of ten years, garnered 40.15 percent of the vote while Raymond came in third with 22.39 percent. While it was perhaps telling that 60 percent of Democratic primary voters did not choose Eugene, Raymond and Cunningham split the opposition vote (Cunningham is continuing his battle to unseat Eugene in the general, as he has the Reform Party ballot line).

Raymond characterized her campaign as a response to unmet needs caused by growth, displacement, and rising rents across the district. Little more than a month after her primary loss, she was clear about her intentions for 2021, when Eugene will be ineligible to run again if he wins this year. “I definitely intend to run,” said Raymond.

Raymond attested to disparities in treatment between men and women throughout the race, particularly her experiences with media coverage focused on physical appearance. “Despite perhaps having interviews for an hour long, they would start off an article with my appearance or attractiveness or that I’m lovely instead of discussing any of my qualifications, passion, experience, leadership in the community that’s longstanding,” said Raymond.

Like Raymond, Farias, and Velazquez, other women attempted to win City Council seats for the first time and performed well, but were not victorious. Others included Marti Speranza, who came in second in the crowded Democratic primary for the "open" District 4 seat and Alison Tan got nearly 42 percent of the vote trying to unseat Council Member Peter Koo. Meanwhile, among the first-time winners, in addition to Ayala, Rivera, and Ampry-Samuel, there was Adrienne Adams. All four primary winners are heavily favored to win the November general election. They are likely to join several incumbent female Council members who are on the path to reelection, including Women's Caucus co-chairs Helen Rosenthal and Laurie Cumbo, along with Elizabeth Crowley, Vanessa Gibson, Karen Koslowitz, Inez Barron, and Deborah Rose. Council Member Margaret Chin barely staved off defeat to Christopher Marte in the Democratic primary, and is now facing Marte in the general as he runs on a different ballot line.

Low percentages of female electeds within the New York City Council reflects a national trend of systemic underrepresentation within legislative bodies. Nationally, women hold 24.9 percent of state legislative seats, according to the Center for American Women and Politics, a number that has seen little change over the last decade. Representation disparities within Congress are even more stark, women account for 21 percent of Senators and 19.4 percent of Representatives.

These trends can be attributed to a number of causes including a backlash against female advancements in legislative representation and a hesitation across the board to become involved in the current partisan political environment, according to Susannah Wellford, president of Running Start, an organization that seeks to involve women in politics at an early age. Regardless of the reason, the disparity is a troubling trend, as gender balance not only boosts issues of importance to women, which can include anything, but also is shown to lead to better overall legislative outcomes for constituents.

“When we don’t have women in power then the issues that women care about don’t make it to the table, they don’t make it into the discussion at all,” said Wellford.