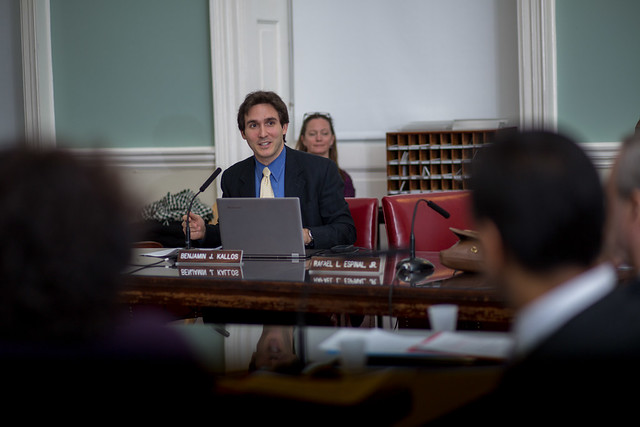 The New York City Council passed legislation on Tuesday mandating that the government agency that oversees the city’s $85.2 billion annual budget provide all budget documents to the public in an easily accessible and machine-readable format.

The legislation, sponsored by Council Member Ben Kallos, chair of the governmental operations committee, requires the Office of Management and Budget to post documents released in the annual budget process to the city’s open data portal within 10 days of posting them on their website. OMB produces multiple iterations of the city’s budget each year as the annual expenditure plan is negotiated between Mayor Bill de Blasio and the City Council. These include the preliminary budget proposal, the executive budget proposal and the final adopted budget, each of which contain hundreds of pages with detailed breakdowns of agency spending and city revenues. The agency also issues a budget modification document in November.

Kallos’ bill would make reams of expenditure and revenue reports searchable online and downloadable in bulk, providing an added level of transparency to city budgeting, he says. “With this legislation, whether it’s a member of the City Council, City Council staff or any resident will be able to actually see where the dollars are being spent and really hold the administration accountable.”

An ardent advocate of government reform and a software developer himself, Kallos has consistently pushed the de Blasio’s administration to increase the amount of data available on the open data portal. The administration, for its part, has made significant progress since the city’s open data initiative was first launched in 2012 by former Mayor Michael Bloomberg.

Kallos believes this latest bill will build on that effort. “We spent years working with the administration, working with the existing financial management system to ensure that it could be done,” he said. “We’ve gotten a lot of the budget up.”

It’s unclear whether the mayor will sign the bill into law, although he has yet to veto a single bill passed by the City Council. “We look forward to reviewing the legislation,” said Freddi Goldstein, a mayoral spokesperson on budget matters, in an email.

The bill would go into effect immediately if the mayor signs it, but it would only cover future budget documents and would not apply retroactively. Under de Blasio, the city’s budget has increased by 17.2 percent, from $72.7 billion in the last modification under Bloomberg to $85.2 billion for fiscal year 2018.

Kallos held out hope that past budgets would eventually be included on the open data website. “I would love to be able to compare our city’s budget going back as far as we have records for,” Kallos said.