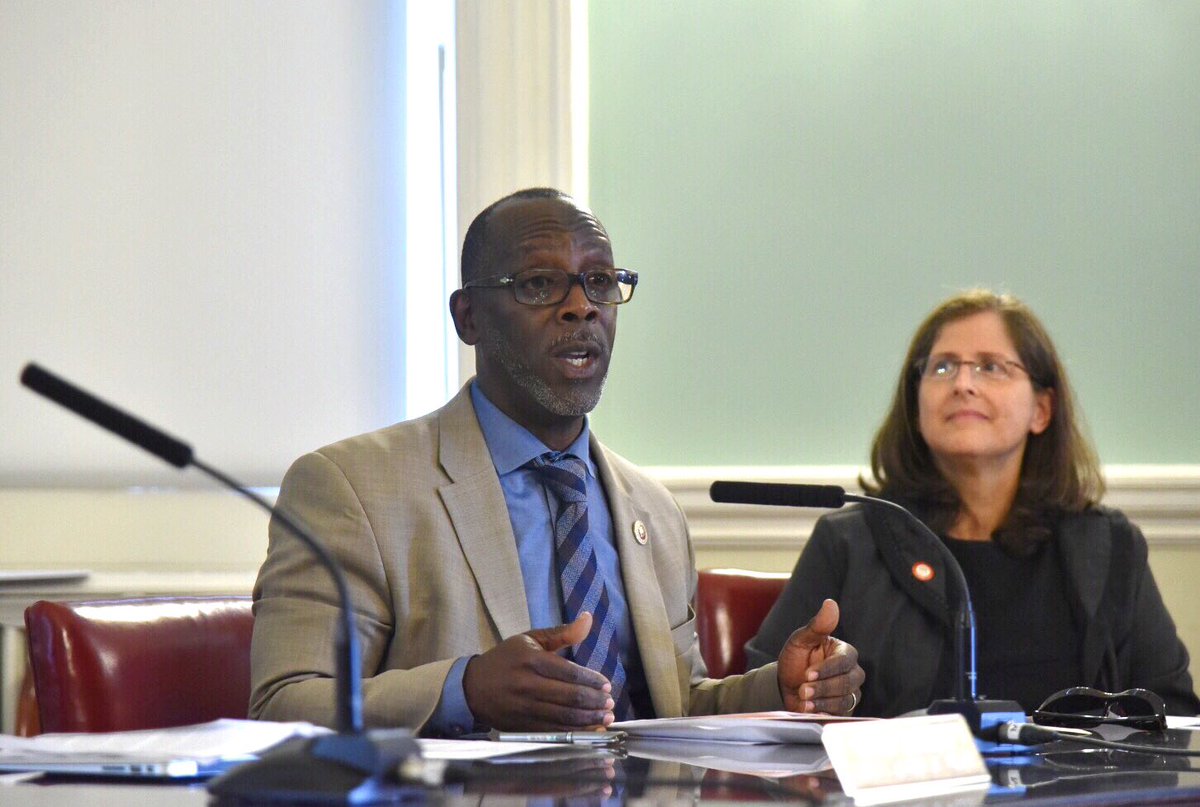 In June, Mayor Bill de Blasio announced a plan to create 100,000 new jobs in New York City over ten years by investing in high-wage industries where there is potential to grow with a boost from city government. The jobs will all pay at least $50,000 per year, he promised.

The jobs plan, first outlined as the signature proposal of de Blasio’s 2017 State of the City speech, builds on other jobs programs, such Career Pathways, a workforce development initiative announced in 2014 intended to fill gaps in areas like training that were keeping people from attaining positions or entering higher wage roles. But when the jobs program was announced, advocates and service providers quickly pointed out that Career Pathways has not been funded at recommended levels.

According to the administration, the desired result of Career Pathways was for agencies overseeing workforce development to “reorient their services toward career progression instead of stopping at job placement.”

The Career Pathways Task Force, which came up with recommendations for filling the gaps, recommended large investments in new workforce development, including $60 million annually by 2020 in “bridge programs that prepare low-skill jobseekers for entry-level work and middle-skill job training,” and $100 million annually by 2020 in “career-track, middle-skill occupations, including greater support for incumbent workers who are not getting ahead.”

But with 2017 nearing an end, the city appears to be significantly behind schedule on the program. And on Monday, the City Council’s Committees on Small Business and Civil Service & Labor held a joint oversight hearing on Career Pathways and its progress.

A glaring question for Career Pathways is funding. Of the projected $100 million annually by 2020 in career training for middle-skill jobs, about half of the proposed amount has been allocated in the city budget, now about halfway between the 2014 introduction and 2020.

Significantly, of the $60 million projected annual investment in bridge programs for low-skill workers, only $6.4 million has been allocated, according to the Center for an Urban Future, a think tank focused on the city’s economy.

Barbara Chang, the executive director of the Mayor’s Office of Workforce Development, testified Monday on behalf of the administration. When Council Member Daneek Miller, chair of the labor committee, questioned Chang on the funding deficiency in bridge programs, which combine industry-specific training with more basic educational training, she offered a slightly more optimistic number: $7.5 million out of the $60 million. Citing the success of Seattle’s bridge program, Chang noted that New York presents numerous challenges not present in other cities, making efficient use of funds more difficult to ascertain.

“What we’re doing is we’re beginning to pilot bridge programs in the setting of New York City,” Chang said, “where we have a much more diverse population [than Seattle]. And we’re looking to see what works in New York City as it relates to bridge programming, and so as those pilots come out with data, then I think we’ll be in a better position to make strategic investments.”

For some advocates, the administration’s process is not nearly fast enough. Kevin Stump, vice president of policy at JobsFirstNYC, called for an immediate new investment of $20 million in bridge programming in the city’s next budget, and for another $33.6 million the year after to bring the total annual investment to target levels.

“We appreciate the City’s careful approach to systems-building and recognize this can take time and applaud the City for taking steps in the right direction,” Stump said. “However, after nearly three years of building, the time to make a significant investment in the system is now.”

Previous workforce development initiatives had been criticized for attempting to simply shoehorn people into jobs without care for fit; the de Blasio administration’s aim for its program was to prepare workers for and place them in high demand sectors that, combined with the education and training programs contained within Career Pathways, would topple barriers to employment and focus on the human capital aspect of economic development.

The intention is to advance career progress for workers rather than simply place them into a job. But an unintended consequence of this focus has been neglect of small businesses.

“Despite the laudable goal of career-track skills building articulated in the Career Pathways plan, workforce development providers are evaluated and reimbursed largely based on how many people they can place into jobs,” said Christian Gonzalez-Rivera, a senior researcher at the Center for an Urban Future. “This economic reality means providers have an overwhelming incentive to work almost exclusively with large businesses that can hire big batches of workers at once, rather than with small businesses that might add only one or two employees at a time.”

Gonzalez-Rivera’s testimony further noted that small business job growth has, since 2001, outpaced corporate (500 employees or more) job growth nearly 3-to-1; but small businesses often “report that they are encountering challenges in recruiting and retaining workers,” which can be a death knell for a business aiming to stay in New York.

CUF also notes that the program is not sufficiently helping immigrants, a group that comprises nearly half of the city’s workforce but have disproportionately low education levels.

“This makes immigrants the prime clients for the city’s workforce development system, yet our research found that publicly funded workforce programs are just not producing results for them,” said Gonzalez-Rivera. “As a result, many turn to predatory for-profit employment agencies that charge high fees to place them into jobs or take a cut of their wages.”

The city, on the other hand, said that the bridge program has been designed with immigrants in mind.

“These programs allow job-seekers with limited educational attainment and low English proficiency to make progress toward occupational goals as they build their basic skills,” Chang said.

The Career Pathways program is included in the mayor’s jobs plan, New York Works. While it is not touted as part of the administration’s newer initiatives to provoke job creation, Career Pathways is named as a program already expanding employment on the way to de Blasio’s 100,000 marker.

Council Member Robert Cornegy Jr., chair of the small business committee and a candidate to be the next Council speaker, was scheduled to be at the hearing, but couldn’t attend due to a family medical emergency. In a statement, Cornegy emphasized the need for the program to focus on small business growth rather than just job placement.

“The Career Pathways report released in 2014 identified key areas we as a City need to improve in order to ensure we are developing our human capital in the most efficient and effective way possible,” Cornegy told Gotham Gazette. “Today’s hearing was meant to measure our progress against the strategy outlined in the report and renew our commitment to ensuring the City’s commitment to workforce development strategy functions accordingly. As Chair of the Council’s Committee on Small Business, it is clear there is more we can do to ensure our workforce is capable of helping the City’s small businesses build capacity. Toward that end, I introduced and the Council recently passed two bills (Int. 1510 & 1511) that will survey small business owners’ workforce needs, and develop and implement a comprehensive workforce development plan that addresses them. I look forward to working with my Council colleagues and the administration moving forward to further fund and scale workforce development initiatives, like bridge programs, and find ways to better serve our small businesses, the true drivers of this City’s economy.”