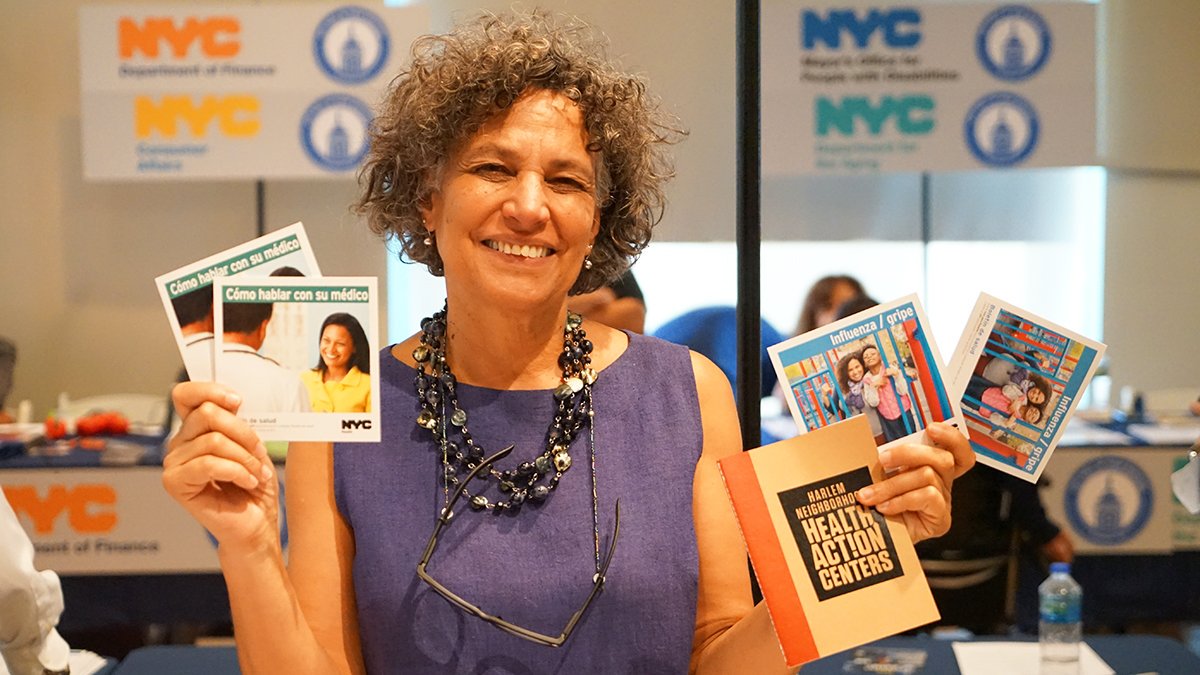 Last year, 1,441 individuals in New York City died of a drug overdose, most of which were opioid-induced, and current trends indicate that the death count in the city only stands to rise. But as much as these drugs can cause death, Dr. Mary Bassett, the city’s health commissioner, is arguing that others can prevent it.

During a recent appearance on the What’s the [Data] Point? podcast from Gotham Gazette and Citizens Budget Commission, Bassett, the commissioner of the city’s Department of Health and Mental Hygiene, said that the controlled use of narcotics like methadone and buprenorphine do wonders for those addicted to opioids, and that the city must increase accessibility to and use of these life-saving treatments.

Methadone treatment has long been the primary means of treating opiate addiction. Methadone is an opioid, like morphine, heroin, and oxycodone, but its relative mildness is meant to alleviate a recovering addict’s desire for the stronger opioids. By inhibiting opioid receptors in the brain, methadone is also meant to reduce feelings of withdrawal.

Similar to methadone, buprenorphine is a drug that can minimize cravings and withdrawal symptoms in a person with an opioid-use disorder. Unlike methadone, it is a partial opioid agonist, meaning that its euphoric effects are weaker than those of full opioid agonists like methadone and heroin. Buprenorphine’s opioid effects intensify with increases in dose size only up to a certain point, meaning that a user would get no stronger effect from a large dose than they would from a medium one, an appealing trait for addiction specialists.

“People on methadone or buprenorphine get their lives back, they restore their relationships with their family and they go back to work,” Bassett said on the podcast, pointing to their significantly more prevalent use elsewhere in the world.

Methadone and buprenorphine treatment regimes are strictly regulated in the United States.

Methadone is one of the most extensively controlled therapeutic drugs in the country, according to the National Institutes of Health, and its medical use is regulated by a host of government bodies, including the Drug Enforcement Administration, the National Institute on Drug Abuse, the Substance and Mental Health Services Administration, and the Food and Drug Administration. Federal regulations require patients to take methadone in-person at a treatment site while medical professionals observe. Patients who take the medication regularly for six months can receive permission to take home up to a month’s supply of methadone, according to the Pew Charitable Trusts.

Buprenorphine has similarly strict regulations. In the United States, doctors must take a special, eight-hour class in order to qualify for a physician waiver that would allow them to dispense buprenorphine. However, barriers like the high cost of classes, the daunting nature of treating drug-addicted individuals, and lack of information can discourage medical professionals from receiving the waiver.

New York City Mayor Bill de Blasio and his wife, Chirlane McCray, who helps coordinate the administration’s health care initiatives, have both spoken about the need to expand the number of doctors and physicians who can prescribe buprenorphine. Nevertheless, the development of buprenorphine prescribers has been slower than expected.

Bassett said she’s dedicated to training more physicians so that they can get the authorization required to distribute Buprenorphine.

“Physician’s assistants and nurse practitioners can now prescribe it due to a new law which expands the access to buprenorphine prescribing,” Bassett said during the podcast. “But getting trained to prescribe it isn’t enough, so we have a nurse care-manager program where we work with primary care practitioners to actually make sure that they start prescribing and identifying people who are using opioids.”

The city has a goal of increasing the number of patients who receive buprenorphine treatment from 38,000 to 58,000 over the next five years. Bassett said that there is no definitive estimate of the number of New Yorkers who are misusing opioids, but the number has clearly increased, as has the death toll.

“Buprenorphine is very underused in the United States compared to other countries,” Bassett said. “France, for example, stopped its opioid use almost entirely with buprenorphine…We’re training people, we’ve committed to training 1,500 new prescribers.”

Bassett said the U.S. should look to follow in the footsteps of other countries that have distributed buprenorphine at higher rates. In France, in response to a severe heroin crisis, doctors have been able to prescribe buprenorphine without special licensing or training since 1995. As a result, ten times as many addicted patients received medication-assisted treatment than they had before the loosening of restrictions, and, within four years of the policy’s initiation, overdose deaths had declined by 79 percent.

New York City is also expanding the distribution of naloxone, a synthetic drug similar to morphine that blocks opiate receptors in the nervous system and can be used to halt potentially-lethal overdoses. The city recently added $22 million to its citywide plan to fight the opioid crisis, HealingNYC, increasing total investment to $60 million a year. The new investment will be used toward establishing peer intervention programs at more hospitals and increasing the distribution of naloxone. Since the launch of HealingNYC, the city has distributed nearly 100,000 naloxone kits to opioid overdose prevention programs. Some of the money has also been dedicated to policing efforts, which has drawn criticism from some advocates. The city is also planning to pilot four "overdose prevention centers," a controversial program by which people can find a safe place to take drugs, while also being pitched on counseling and other services.

Bassett said she helped spearhead the initiative to provide those struggling with addiction greater access to naloxone, which included making the drug available over-the-counter at every major pharmaceutical chain in New York City.

“We began with a real press to get naloxone out to people who are using drugs, to people who know people who use drugs, and we want anybody who’s using drugs to have naloxone around so that they can be reversed,” Bassett said during the podcast. Individuals suffering from an overdose “start out blue and you give them naloxone and they pink up. They start breathing again and it’s really a miracle, and now it’s provided in formulations that are really easy to administer.”

But she cautioned that naloxone is not a form of treatment: “It literally just reverses overdoses.” Bassett stressed that people “want to live” and that people abuse drugs because they are addicted, while there are often other underlying causes.

Naloxone is more important than ever now, Bassett said, due to the rise of fentanyl, a potent street opioid said to have helped caused overdose rates to increase by 50 percent between 2016 and 2018.

“Our street drugs have never been more dangerous,” she warned.

Bassett said that, though New York City has seen some successes, it has more work to do.

“What the numbers show is that we’ve flattened the curve,” Bassett said of opioid overdose deaths. “We want to see it go down, and it has gone down in Staten Island and Manhattan, but it still hasn’t gone down in the Bronx or in Brooklyn.”

While white Americans do suffer from opioid addiction at higher rates than black Americans, the nation recently experienced a 50% increase in overdose deaths of African-Americans, said Bassett. She also pointed to the stigma around methadone as something that needed to be further tackled, while indicating that stigma is another reason to pursue more prescription of buprenorphine.

For all the geographic, racial, and class-based distinctions among opioid users, though, Bassett’s guiding public health principle is that “Every life counts.”

***
A methadone provider in the city can be found here, buprenorphine providers are found here, and anyone struggling with addiction can contact NYC Well, New York’s confidential hotline, by calling (888) NYC-Well (888-692-9355) or texting “WELL” to 651-73.