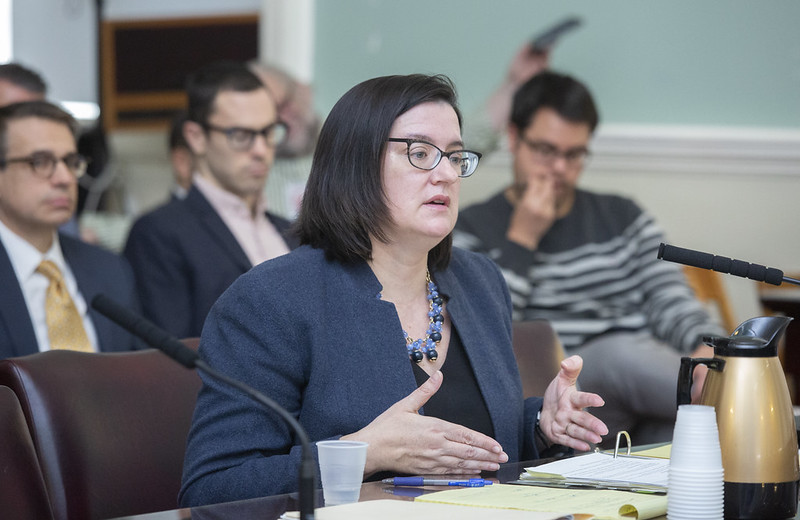 The Department of Investigation, a watchdog agency tasked with rooting out waste, fraud, and abuse in city government, issues hundreds of recommendations each year, urging other city agencies to reform their procedures and enhance the services they provide. It’s not always apparent to the general public, or even elected officials, whether agencies comply with those suggestions, which are typically based on extensive investigations.

But the department has now promised a new database next year that will provide a window into the agencies that are willing and able to improve and those that are resistant or incapable to do so. At the same time, the City Council may codify that database into law.

Council Member Ritchie Torres, a Bronx Democrat who chairs the Council’s Committee on Oversight and Investigations, is pursuing legislation that would mandate that DOI create an online, public-facing database to track the various Policy and Procedure Recommendations (PPRs) that it makes every year and how agencies are or aren’t implementing them. The legislation has three other sponsors and was the subject of a Council committee hearing on Wednesday chaired by Torres.

“Without systematic tracking by DOI, agencies have no incentive to implement reforms, and the public has no means of knowing whether agencies are implementing reforms as promised,” Torres said in his opening remarks at the hearing. “An investigation is only as good as the real-world result it produces. It is only as good as the follow-up and the follow-through. As a city, we cannot afford a hit-and-run approach to investigations. We cannot content ourselves to issue reports and then move on to the next order of business.”

Torres has a willing partner in DOI. At the hearing, Commissioner Margaret Garnett said the department has been working for the last year to create a database along the lines of Torres’ bill. It will report on recommendations made, those that are accepted, rejected, and implemented (all of which is required by the bill) and would record agency explanations on implementation, if provided.

“The idea is significant,” she said, “providing a window for the public into DOI’s compelling work in a way that goes beyond our press releases on arrests or our public reports, and reflects the wide-reaching impact our investigations have on the city.”

Garnett said DOI will provide that new information, about the percentage of reforms accepted and implemented, in the MMR for the 2020 Fiscal Year. The larger database will be made public by the summer of 2020 or potentially earlier, she said.

Garnett acknowledged that DOI has not had an effective centralized method so far to track how its recommendations have been implemented. “In the past, that had been a process that had been located more with individual [Inspectors General] for the agencies, and different inspectors general at DOI had different methods for keeping track and for following up with agencies,” she said. The new database will provide both the public and the department internally with a tool that “would show all of the PPRs and an accurate and up-to-date assessment of where the agencies are in both agreement and implementation,” she added.

Garnett did caution the committee against mandating a ranking of the reform recommendations in any public database or using it to grade individual agencies for compliance. “All PPRs are not created alike,” she said in her opening statement. “Some address relatively minor issues while some address significant systemic changes. Some are more costly or difficult to implement while others may require the approval or cooperation of other entities.”

One notable exception from the database will be the Department of Education, which falls under the purview of the Special Commissioner of Investigation for the New York City School District. Garnett’s predecessor, Mark Peters, infamously tried to wrest control of SCI and was fired by the mayor for overstepping his authority (though Peters and others have also claimed that de Blasio was unhappy with how aggressively Peters had approached his work holding city agencies accountable, and a possible investigation into the mayor’s office over a stalled DOE examination of yeshiva education that some believe de Blasio himself has slow-walked). SCI is independent of DOI but must report certain information to it.

“A dashboard that fails to include one-third of city government is deeply deficient,” Torres said, referring to the massive DOE. “And that might be a major point of disagreement between DOI and the Council. And this is a point on which I'm going to push very hard. But it feels like it would be odd not to include the largest city agency, or city entity, in the dashboard.”

Garnett was open to the idea. “I think that's certainly something that we can explore,” she said.

Garnett did reject an idea put forward by Torres that the online dashboard allow comments from the public.

“Is there going to be some mechanism by which the opinions of external stakeholders are going to be included in the dashboard as DOI envisions it?,” Torres asked. “Is that something you're open to?”

“That, for a variety of reasons, is a challenge that I think is beyond our ability to implement,” Garnett responded. “The information that is currently going to be in this PPR tracking database is all information that is sort of in the possession and control of DOI.” She noted that simply making the information available to the public would allow individuals, elected officials, community groups and advocates to hold agencies to account.

“Personally, I don't know how much time you spend on the internet, Chairman Torres, but I'm not sure that a publicly open comment field is useful,” she joked.