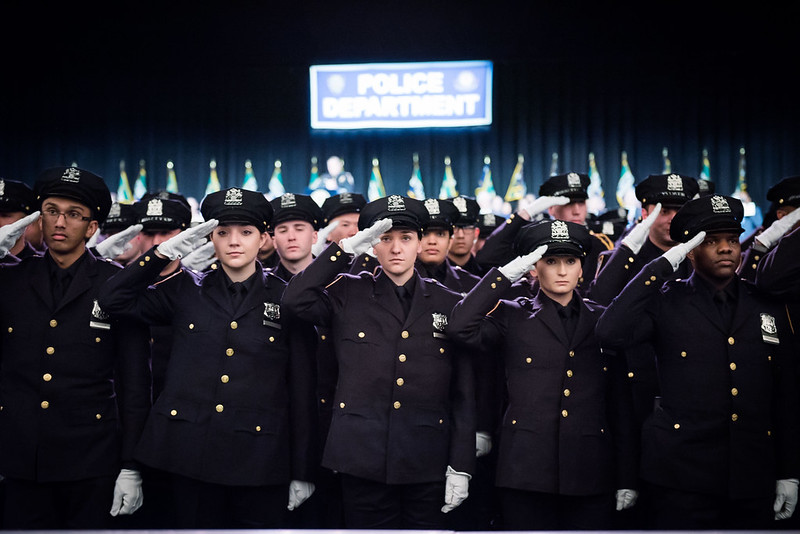 The Civilian Complaint Review Board will be increasing its capacity to investigate police misconduct thanks to a City Charter amendment approved by voters last fall, agency officials explained on Wednesday.

At one in a series of City Council hearings on Mayor Bill de Blasio’s $95.3 billion preliminary budget, CCRB Chair Fred Davie and Executive Director Jonathan Darche said the city plans to add 17 additional staff members to the currently 206-person agency to meet a new formulaic mandate now written into the city’s central governing document. The new positions, which are yet to be determined, will be essential for the agency as it tackles an increasing docket of cases -- a result, the officials said, of its outreach efforts, the agency's prosecution of Daniel Pantaleo, which boosted its public profile, and a growing backlog of body camera footage requests.

The additional staff in the upcoming city budget, which is due by the July 1 start of next fiscal year upon agreement by the Mayor and City Council, will be on top of 24 new personnel already secured by the CCRB during budget negotiations last year.

"I think [the increased headcount] has been vital...to letting us stay as effective as we have been," Darche said, answering questions from members of the Council's committee on public safety. "Body-worn camera footage has really almost swept through the agency in the investigative process, which has caused our dockets to increase and case investigation times to increase, and without those new staff we would have suffered even worse."

The charter amendment, which takes effect for the upcoming 2021 fiscal year, links the police watchdog's headcount to the number of uniform police officers at a ratio of .65 percent. The police department has 36,201 uniform members in the preliminary budget.

The amendment was part of a package of proposals placed on the ballot by the 2019 Charter Revision Commission to reform a number of areas of city governance, including changes to the CCRB's jurisdiction and operations. CCRB officials have said the measure gives the agency a baseline in budget negotiations, which have historically been characterized by uncertainty.

"You have to negotiate the details of your budget every year, and those fluctuate up and down in some significant ways for the agency," Davie told Gotham Gazette in October, before the ballot proposals were approved by voters. "Knowing that [the headcount] is tied to a percentage of a portion of the NYPD’s budget means that you can sort of baseline what you’ll have and then you can negotiate around that baseline."

The CCRB is a police oversight agency tasked with investigating and, in serious cases, prosecuting certain kinds of alleged officer misconduct. The Charter gives it jurisdiction to pursue so-called "FADO" complaints: allegations of excessive force, abuse of authority, discourtesy, or offensive language. Other types of misconduct get referred to the NYPD's internal affairs bureau.

The CCRB can only open a case if it receives a complaint from the public. More than half of the agency's staff are in its investigations unit, which is responsible for receiving complaints, collecting evidence, and substantiating claims. It also liaises with the police department, an increasingly central task as the CCRB has come to rely on evidence from body camera footage, which is controlled by the NYPD.

With the proliferation of police body cameras and the resulting footage, the CCRB has been able to substantiate complaints at a significantly higher rate. But as the agency has come to rely more on body cameras, it has also faced increasing delays in receiving requested video from the NYPD. A new memorandum of understanding (MOU) between the CCRB and NYPD is intended to speed up the evidence sharing process by giving CCRB staff more direct access to video early on and setting timetables for the NYPD.

At the same time that body cameras are transforming the CCRB's abilities, the voter-approved Charter amendments also expand its jurisdiction, which promises to further increase the caseload. The CCRB now has the authority to investigate and recommend discipline for false statements made by police officers during the course of its investigations (when they are the subject the investigation), a form of misconduct that previously would be referred to the police department to be handled internally.

Police unions and their allies strongly opposed the ballot measure containing the CCRB amendments, while police reform advocates supported it. It passed with roughly 75 percent of voters in favor in a low turnout, off-year election with few races on the ballot.

The new powers won't require additional staff training, according to Darche, but agency officials sought new personnel to handle the additional cases. "The CCRB has been studying false official statements and then referring them to the department for them to determine whether misconduct occurred for many years now, and our investigators are trained to make those determinations," he said.

Even with the Charter-mandated personnel ratio, the number of new staff is still up for negotiation as the city's budget season unfolds.

The 17 it looks like the CCRB is due for next fiscal year is based on a calculus by the Mayor's Office of Management and Budget, which includes consideration of the number of per diem employees that the agency doesn’t include in its official headcount.

"We're still in negotiation with them. I'm hopeful that maybe we can get one or two more bodies out of them," he said, on top of the projected 17.

The agency is still determining what the new positions will be. "Clearly we need more investigators to meet the increased demands of caseload on the staff that we have to investigate the cases we have," Darche said. As of February, the CCRB had 131 investigators, roughly two-thirds of its full-time staff.

"We've already taken steps with our training staff and with the investigations division to make sure that when those positions become available we're ready to bring them on board," Darche said.

"Do you still believe you need more staffing," asked Council Member Donovan Richards, a Queens Democrat and chair of the committee on public safety.