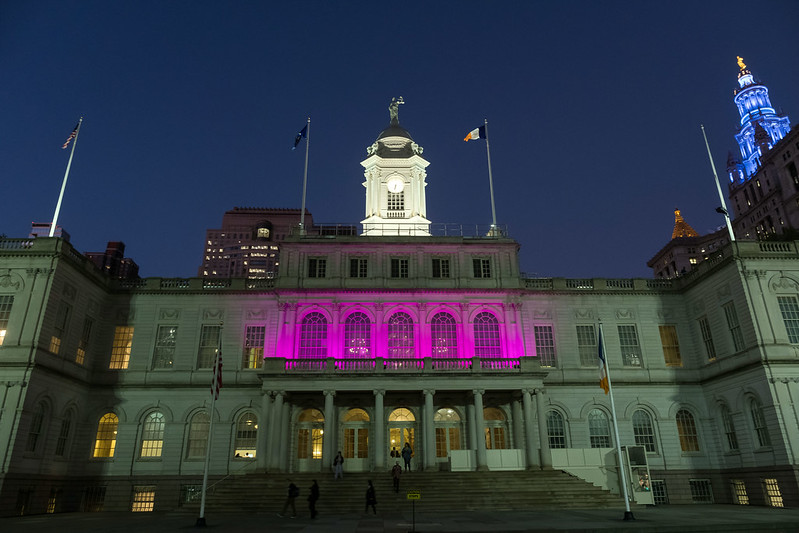 As New Yorkers shelter at home to avoid exposure to COVID-19, the disease caused by the novel coronavirus that has put the city largely at a standstill, concerns are growing among that victims of domestic violence may be particularly affected if they are unable to escape an abusive home.

Time and again, studies have shown that domestic violence tends to increase during and after natural disasters. Though the coronavirus pandemic is not analogous to a hurricane or an earthquake, it has nonetheless had a devastating and disruptive effect on people’s lives, their abilities to move around and work, their emotional and mental well-being, and on the broader structures that prop up society.

Survivors and victims of domestic violence, already among the most vulnerable members of society, are even more so impacted by an event like the coronavirus and its impacts. They may be faced with the terrible choice between remaining in an abusive household with their abuser or to risk exposure to the virus by seeking help and shelter. They may even be unable to report abuse or seek services when largely stuck in such close proximity with their abuser. On March 13, the National Domestic Violence Hotline published guidelines to help people "Stay Safe During COVID-19," including warnings about how abusive partners may take specific hurtful coronavirus-related actions, including, for example, withholding basic supplies like hand sanitizer or health insurance information, or sharing misinformation about the virus.

Those are just some of the fears of nonprofit service providers that contract with New York City government to provide services to domestic violence survivors.

“Typically in times like these, either of a national emergency or times when people are forced to remain at home more often, even around the holidays, domestic violence incidents do tend to spike,” said Christopher Bromson, executive director of the Crime Victims Treatment Center (CVTC).

Though it is too soon to identify any change in domestic violence to the current situation in the city, complaints this year have already increased somewhat. NYPD data shows that between January 1 and March 15 this year, domestic violence complaints increase slightly to 2,377 from 2,263 (about 5%) over the same period last year. Arrests for domestic violence dropped marginally from 9,945 in that time last year to 9,890 this year. But that was all before the new orders from Governor Andrew Cuomo to shut schools and most places of work, and to limit all travel outside the home to only essential trips for food, medicine, solitary exercise, and health care.

The city and providers are continuing to function, though with the limitations imposed by the epidemic and those related government orders aimed at mitigating the worst of the virus’ spread.

On Tuesday, the Mayor’s Office to End Domestic and Gender-Based Violence (ENDGBV) closed its five Family Justice Centers, one in each borough, and started providing services by phone. Nonprofits have similarly suspended in-person services as far as possible and are setting up remote infrastructure so hotlines and other forms of support are not interrupted.

But providers say they’re seeing some of the effects of the outbreak and related social shutdown already, with victims calling in to hotlines uncertain about what to do as individuals and families isolate themselves at home. What worries them more, however, is the ones that don’t call.

Bromson’s organization partners with four hospital emergency departments, and volunteers are sent in whenever there is a domestic violence or sexual assault incident. He said they deal with between one and two cases each night on average. “We have not had a case of sexual assault or domestic violence present to a partner emergency department since Sunday night, which is quite unusual,” Bromson said on Friday afternoon. “Which says to me that people are afraid. They're afraid to go to the hospital for health reasons. They may not feel safe escaping the situation.”

He did emphasize that providers across the city have adapted as quickly as possible and that they are ready to provide much-needed services. “I think that having such inconsistent messaging from the systems of government that we rely on for information and direction has not helped. But I think the biggest message is that we're here now, we're ready. Everything is set up and people can still access [services],” he said.

The city says it is aware of the heightened risk that domestic violence victims face. “The COVID-19 public health crisis touches the lives of every New Yorker. Survivors of domestic and gender-based violence may face additional risks and stress with more time spent at home,” said ENDGBV Commissioner Cecile Noel, in a statement to Gotham Gazette. “Survivors need us now more than ever in these extraordinary times, and our top priority remains to ensure continuity of services and unwavering support. Our Centers continue to provide crucial crisis support and advocacy by connecting survivors to immediate safety planning, shelter assistance, legal consultations, and more.”

Manhattan City Council Member Helen Rosenthal, who chairs the Committee on Women and Gender Equity, echoed Bromson and other nonprofit service providers who want the city to more broadly advertise that services are available and ongoing. “I do think that the city should be putting out public service announcements getting that message across. I think that would be important,” Rosenthal said in a phone interview, emphasizing that arrests for domestic violence and sexual assault are still being made, survivors can still receive orders of protection from the courts, and district attorneys continue to operate helplines.

The epidemic has also surfaced some of the existing problems in city services. The city has perennially been delayed in paying out contracts to human service providers, who continue to do the work regardless. In declaring a state of emergency, Mayor Bill de Blasio did take steps to try to ensure there is no interruption in those services, including guaranteed payments to contractors, cash advances, and assistance from city agencies to obtain disinfecting supplies.

Judy Harris Kluger is executive director of Sanctuary for Families, a shelter and service provider for domestic violence victims. “We're doing a lot of the work that if we didn't do it, no one would do it,” she said. “So government needs to continue to support us and both increase the support on a short-term and long-term basis."

Kluger said the shelters her organization runs are usually near-full or full, as they are right now. But while those survivors may be safe or safer from their abusers, they then face the challenges of finding jobs and housing. “They have to find affordable housing and just the whole mechanism for going out and looking for an apartment and moving in, that's kind of on a standstill at the moment,” Kluger said.

“Most of our clients, the vast majority, are poor women with children who are struggling even before this, but this just puts another layer,” she added, “The stress and the fear is exponentially increased because of this."

Even with the few shelters available, there are even fewer available to LGBTQ survivors who deal with intimate partner violence at the same and sometimes higher rates as non-LGBTQ survivors but also are victims of bias-motivated crime, according to Catherine Shugrue dos Santos, Deputy Executive Director for Programs for the New York City Anti-Violence Project.

“People are used to thinking cisgender men cause harm to cisgender women and so folks who don't fit that binary, heteronormative vision, end up not being found credible or having access to safety, support and services,” she said.

“When folks are directed to or forced to stay home, if their partner is abusive, or if they’re experiencing violence or threats from roommates, or if they're living...with family members that are not accepting of their identity, this can pose an immediate danger to their physical safety,” she said. “Even in situations that are necessarily an imminent physical threat, I think there's also a lot of emotional violence, and power and control that is happening.” She said that she also worries the impact may be felt long after, which is what happened after Hurricane Sandy.

“This is an intersection of issues. Intimate partner violence, economic justice issues, service access issues and COVID,” she said. “This is a real crucible moment for our communities. It is highlighting...so much inequity that already existed.”

AVP was among the signatories to an open letter on Friday sent to New York City’s elected officials by Nonprofit New York, an organization with 1,700 members, which urged governments at all levels to ensure that nonprofits survive the devastation of COVID-19.

“One of the things that we're saying to the city and to the state government in particular is, the most important thing that they can do is to keep money flowing to the organization that serves hard to reach folks,” Shugrue dos Santos said.