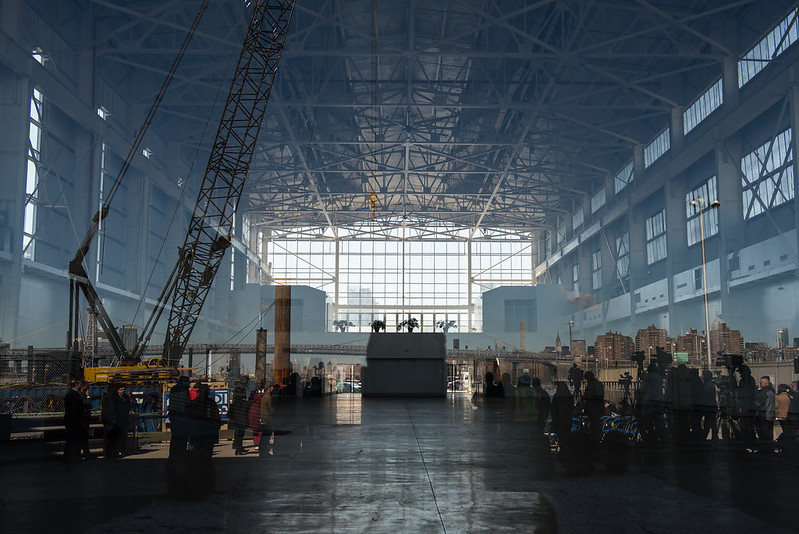 Economists and budget experts concede that they can make no concrete predictions about how long the economy will be in recession because of the novel coronavirus outbreak and the cumulative effects it will have on jobs and revenue. Nonetheless, the consequences that they have been able to forecast show that the city has a tough road ahead, experiencing a worse downturn than in the early 1970s as 1.2 million jobs have already been lost and, with extreme social distancing measures in place for the foreseeable future, more losses expected.

Last month, with what information was available, City Comptroller Scott Stringer predicted that the city would lose as much as $6 billion in revenue by the end of the next fiscal year, June 30, 2021. But a new report from the city’s Independent Budget Office estimates that the cumulative tax revenue loss in that time could be closer to $9.7 billion, with expected revenue down by 4.6% in the current fiscal year (FY2020) and 10.5% in FY2021. Though revenue may begin to climb by 2022, IBO still predicts it will be lower by 6.6% that fiscal year.

“Damage from the pandemic is particularly intense in New York City because the city’s economy relies heavily on industries that have been largely shut down in order to limit the spread of the coronavirus,” the report reads. Against this backdrop, Mayor Bill de Blasio is about to release his executive budget plan for next fiscal year, facing the need to cut billions from the spending plan and look to the federal government for a bailout.

IBO assumes that the city will lose 475,000 jobs between April 2020 through March 2021, after which the economy will slowly start adding jobs till the end of 2022. Retail employment will lose about 100,000 jobs, hotels and restaurants will lose 86,000, and the arts, entertainment and recreation industries will lose about 26,000, its forecast says. Other job losses will be across a range of industries and sectors of the economy, the IBO predicts. The only sector that will not see expected losses is health care.

Unlike predictions by budget experts of a prolonged recession, however, IBO assumes that the economy will see a “modest rally” between October and December this year. But, the report also presumes a high degree of doubt. “Given how little is known about the persistence of the Covid-19 crisis and how long the economy must remain shut, however, there is great uncertainty about the depth and duration of the expected recession and the strength of any post-recession bounce—let alone the recession’s eventual impact on tax revenue,” it reads.

What the report does note unequivocally is that job losses will be concentrated in low- and moderate-paying jobs.

A separate new report from James Parrott and Lina Moe at The New School’s Center for New York City Affairs comes to a similar conclusion, and notes that the coronavirus pandemic “has revealed a new dimension of inequality.”

“The effects of this public health crisis are widespread, touching nearly every facet of New York City’s economy, yet the fallout is also disproportionately affecting already-vulnerable workers and communities,” Parrot and Moe wrote.

The report analyzes three categories of jobs, excluding those in government: 1 million “essential” jobs (public health, safety, sustenance) that continue to be performed; 1.9 million “face-to-face” jobs (restaurants, hotels, transportation, administrative and building services, non-essential manufacturing and retail and wholesale trade), which have been restricted; and 1.5 million “remote” professional and managerial jobs that can be performed while social distancing.

There’s a stark contrast in how the coronavirus has affected each category of jobs. Essential workers, largely lower paid, are facing the most risk to their health; face-to-face workers are experiencing the worst fiscal impact from being terminated or furloughed; and remote workers are at relatively lower risk of exposure while continuing to receive pay and benefits.

The report finds that, by the end of April, the city will have lost 1.2 million jobs, about 27% of all private sector workers and independent contractors. Looking at the latest unemployment claims data from the state Department of Labor, it notes that despite 812,000 unemployment insurance claims having been filed in the four weeks ending April 4, New York has seen lower rate of claims filed (9.8%) compared with other large states, including the likes of Michigan (21.8%), Pennsylvania (20.3%) and California (15%). But that is likely to increase as the state improves its capacity for processing claims.

Making matters worse, face-to-face workers, who are already lower paid and less educated, will be hit the hardest by the coronavirus. The report estimates that five out of six jobs will be lost in face-to-face industries. About 64% of jobs lost already paid less than $40,000 a year. Among those who make more than $100,000 annually, there is only a 10% drop.

Consequently, the report estimates that while many workers already lacked access to employer-provided healthcare, the outbreak could leave nearly 800,000 newly unemployed New Yorkers without health insurance.

There are disproportionate geographic and demographic effects as well, the report finds. The highest number of face-to-face workers live in the Bronx and Queens, while more essential workers live on Staten Island and in the Bronx than other boroughs.

Elected officials have recently called for a racial breakdown to see how coronavirus deaths may be more concentrated among communities of color. As far as job losses go, Parrot and Moe found that there is indeed a stark racial disparity.

More than two-thirds of jobs lost, 68%, were among people of color. Latino workers were the worst off, accounting for 32% of lost jobs. A third of younger New Yorkers, between the ages of 18 to 24, lost their jobs, compared to the 27% job loss rate.