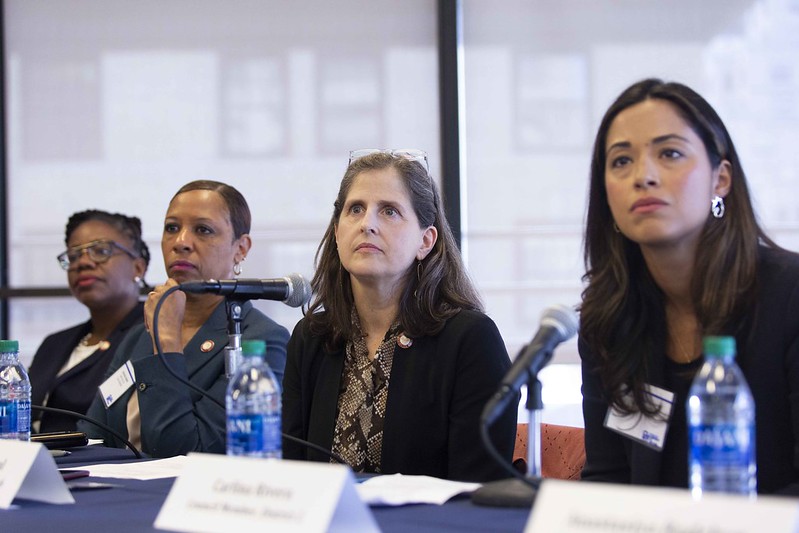 With New Yorkers sheltering at home during the coronavirus outbreak, advocates, experts, and elected officials are worried that domestic violence incidents could spike across the city but go unreported as victims find it nearly impossible to escape their abusers. On Friday, the New York City Council will hold a digital hearing to glean some clarity on the situation, particularly about how the de Blasio administration has responded to these concerns.

On April 24, Governor Andrew Cuomo announced new resources for domestic violence victims after a 30% increase in calls to the state’s domestic violence hotline in April compared to last year. Similarly, New York City’s hotline has also seen an uptick in calls in April after a somewhat decrease from the average in March, according to a Politico New York report from April 20.

That does not come as a surprise to City Council Member Helen Rosenthal, a Manhattan Democrat and chair of the Council’s Committee on Women and Gender Equity, who will lead the Council’s joint hearing on Friday with the Committee on Public Safety, chaired by Council Member Donovan Richards of Queens. Incidents of domestic violence tend to increase during natural disasters, and the coronavirus pandemic has created conditions that would seem to particularly exacerbate the problem. Rosenthal had expected as much, urging the administration in March to ensure that services for domestic violence survivors did not go interrupted even as a large number of city offices closed and moved to remote services.

“Given that we know that domestic violence is as complicated and individualistic as there are survivors and given that we know that it's been increasing and being driven further underground, I think the city should be doing everything possible to publicize broadly, in a very robust and culturally competent fashion, that services are available for anyone who can come forward,” Rosenthal said, in a phone interview.

The Council is seeking to hear from representatives of the Mayor's Office to End Domestic and Gender-Based Violence and from the police department.

Rosenthal is particularly hoping to get answers from the NYPD about how it has modified protocols to respond to potential domestic violence calls and whether officers have enough protective equipment and are being trained to handle house calls in the current circumstances. “Given the new reality and complexity of COVID, how are they working with the police officers, the precinct officers who go out on the DV runs to make sure that they can meet the needs of those in need of help?”

This past Friday, de Blasio was asked about domestic violence trends during his weekly appearance on WNYC’s The Brian Lehrer Show. Calling it a “very troubling reality,” the mayor said it’s “one of the very hardest [crimes] for our police to see proactively and act on, because obviously it happens in private spaces behind closed doors overwhelmingly.”

“But look,” he continued, “the thing we have to emphasize here is NYPD has a very aggressive initiative. Once anybody reports someone engaged in domestic violence, they not only follow up with all the charges, consequences, etc., but then there's an ongoing monitoring of that household where literally the NYPD shows up regularly unannounced to keep clear to the survivor of domestic violence that they'll be protected and to send a warning to anyone who would consider engaging in domestic violence.”

The mayor went on to say that the city is not hearing as much from people who feel they are in danger, “and I understand why. I understand how hard and intimidating the situation could be. My appeal to anyone who feels they're in danger of domestic violence is, please pick up the phone. Call 9-1-1. We need to know if you feel you're in danger, you know the NYPD can help you and anyone who knows of someone who's in danger, please ask them to make that call.”

The city's Human Resources Administration offers a 24-hour "domestic violence hotline" at 1-800-621-HOPE, and the HRA website says "Survivors of domestic violence may receive temporary housing, emergency shelter and supportive services for themselves and their children. All programs provide a safe environment as well as counseling, advocacy and referral services."

The website for the Mayor's Office to End Domestic and Gender-Based Violence notes that domestic violence shelters are open and that while the city's Family Justice Centers are closed for in-person counseling, they are available by phone by borough, but only from 9 a.m. to 5 p.m. Monday through Friday.