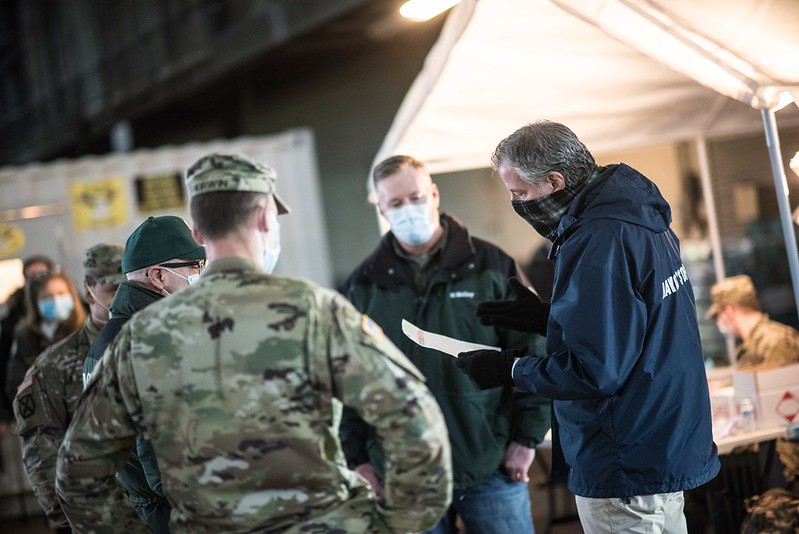 New York City has already spent just over $1.4 billion on its response to the coronavirus pandemic, the mayor’s office told Gotham Gazette on Thursday. That sum roughly matches what the federal government has sent the city government in direct aid through multiple 'stimulus' packages.

With New York City the epicenter of the outbreak in the United States, an all-of-government response and a massive outlay of funds has been necessary. As of Thursday, May 7, the city reported 174,709 confirmed cases of the virus, 14,162 confirmed deaths and 5,378 probable deaths.

Last month, when he released his executive budget proposal for the 2021 fiscal year, Mayor Bill de Blasio said the city expected to spend as much as $3.5 billion in this calendar year on fighting the outbreak. But that may be a conservative projection seeing as the city had spent $700 million till that point on the effort. Spending has doubled in the three weeks since.

Most of the spending, more than $900 million, has been funneled through the Department of Citywide Administrative Services, while New York City Health+Hospitals accounts for almost $300 million, according to the mayor’s office.

According to Feyer, the city is working with the federal government to seek reimbursement for those costs. “We are trying to secure as much as possible,” she said by email.

The fiscal strain of the pandemic has been significant for the city. With the economy almost entirely shut down and with state budget cuts and cost shifts, the city had to fill an estimated $8.7 billion hole. Of that, $7.4 billion was in lost tax revenue projected through June 2021 from drastic drops in sales and hotel taxes, personal income tax, and business taxes. In crafting a tentatively balanced executive budget plan that now forms the basis for negotiations with the City Council, the mayor drew down the city’s reserves by $4 billion and cut $6 billion in planned spending.

The mayor has even raised the prospect of furloughs and layoffs for municipal workers, though he considers it a last resort if the federal government does not bail out the city. So far, federal stimulus dollars have been allocated based on Medicare reimbursement rates before the outbreak instead of based on the severity of the outbreak in different states. New York hospitals received under $1 billion from a $100 billion federal hospitals fund that was included in the recent $2 trillion stimulus package.

An analysis by Kaiser Health News found that New York was receiving roughly $12,000 per coronavirus case while states where the outbreak has not been so bad were receiving more. Florida, for instance, would receive about $132,000 per case.

Later in April, Congress did appropriate $10 billion more for coronavirus “hot spots” and Senator Chuck Schumer announced that New York would receive about $4.3 billion out of that fund, with roughly $1.4 billion going to New York City government in direct aid.

“This situation goes from bad to worse really quickly,” de Blasio said Thursday, at his daily coronavirus briefing, on the larger budget picture and push for a federal "bailout." “Right now, any government anywhere missing $7.4 billion would have to make a lot of tough choices, but it gets a lot worse if we don't get the stimulus. So it's the last thing I want to see, furloughs and layoffs, but if we don't get help, we're going to be having to make a lot of really, really tough and painful decisions here in this city.”