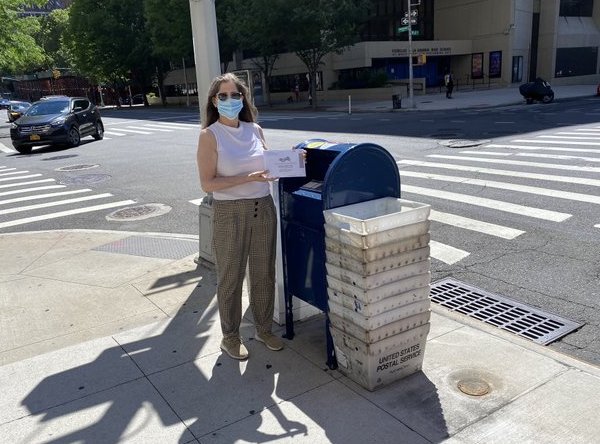 A law passed by the New York City Council in 2016 could have helped prevent some of the many problems plaguing the absentee ballot process from the June 2020 primary elections. But that law was never implemented by the New York City Board of Elections, a quasi-state agency that routinely refuses to abide by local mandates.

The June primaries saw a record number of absentee ballots cast by voters, facilitated by an executive order from Governor Andrew Cuomo that mandated that local boards of elections across the state send out postage-paid absentee ballot applications to all eligible, registered voters. But the multi-step process was riddled with problems and the New York City Board of Elections was ill-equipped to handle the crush of hundreds of thousands of new absentee voters. The city BOE sent out more than 778,000 ballots and more than 403,000 of those were mailed back by voters and marked as received by the board.

Ahead of the primary, voters complained for weeks that they hadn’t either received an absentee ballot application or the ballot itself after mailing the application to the BOE. Some even received the ballot after the primary election was over, while untold others may have their attempts at voting invalidated for various reasons.

City Council Member Ben Kallos, a Manhattan Democrat, said these issues could have been avoided. He sponsored the 2016 law that required the city Board of Elections to create an online portal that would allow voters to track their absentee ballot application and their ballot, along with giving them access to their registration status, voting history, and other election-related resources. The city BOE never created the portal.

“The biggest impediment to free and fair elections and democracy in the City of New York is the Board of Elections, and it really shouldn’t be that way,” Kallos said in an interview. “They only had one job and all they had to do was send people their absentee ballots and they couldn't even get that right. And because of the Board of Elections, tens if not hundreds of thousands of voters were disenfranchised.”

The city BOE has already begun throwing out thousands of ballots for errors small, large, and at times out of the control of voters. For instance, ballots had to be postmarked by June 23 and received by June 30 to be counted. But, as Gothamist first reported, the United States Postal Service does not typically postmark envelopes that already have postage paid, and despite instructions to postmark voter mail, some yet-to-be-determined number of ballots were not postmarked, which meant that otherwise valid ballots were not going to be counted.

Those rejections have prompted a federal lawsuit against the state BOE and the governor by two Democratic candidates and more than a dozen voters, alleging voter disenfranchisement. “Depending on where the voter lived and what their local USPS office was doing or told, two voters could cast identical ballots, at exactly the same time, on the same day, and yet one ballot would be counted and one would not,” the lawsuit states.

There are also other ongoing issues around which absentee and affidavit ballots will be counted because of issues like stray marks on ballots or missing signatures. Meanwhile, those who vote absentee have no way of knowing the status of their ballot.

Already, the mismanagement of and other problems with absentee balloting has prompted the state Legislature to consider ten pieces of legislation ahead of the fall general election to improve the voting process, including a bill sponsored by State Senator Zellnor Myrie of Brooklyn that would provide for the type of tracking mechanism that Kallos’ law envisions.

Activists from the Let NY Vote coalition are rallying behind those bills. “The June primary highlighted many of the obvious inadequacies in New York State's absentee ballot counting procedures,” said Jennifer Wilson, deputy director of the League of Women Voters of New York State, in a public statement. “Voters throughout the state were unsure whether their ballot would arrive in time to be counted, or whether their ballot would be rejected without their knowledge. This package of bills will address issues surrounding absentee voting in New York State as well as assuring voters that they will be able to continue to vote via absentee ballot during the ongoing coronavirus pandemic.”

As it has done with Kallos’, the New York City Board of Elections regularly ignores laws passed by the City Council, on the grounds that it is only subject to mandates of the state Legislature. Though it is technically a state entity, it is funded by the city and its ten commissioners are appointed by the City Council. The Board has previously refused to implement other local laws, including one that required it to post signage when a polling site is moved. It also decided not to allow online voter registration after the state BOE’s Republican and Democratic commissioners provided a split opinion on the validity of electronic signatures.

But in the case of the absentee ballot tracking proposal, the BOE’s executive leadership seemed to agree with the intent of the bill. When Kallos held a hearing on the bill in March 2015, BOE Executive Director Mike Ryan testified to the relative ease of implementing an electronic tracking system, which is already used internally. “Well I think it would be a subset ultimately of the system that we already have in place...The question simply then becomes, we're gathering the information; the real question from a programming perspective is; how do we take the information that we're gathering and make it publicly available on a web and accessible?”, he said, according to a transcript of the hearing.

He even said that if the process was automated and did not require manual effort, that the BOE would likely not have any objections to it. “I would envision, if we were going to implement something like this, that the only way that it could work is if there was an automation to the process. You know, a barcoding, a QR coding that allows us to scan the envelopes when they come back in,” he said. “Given the amount of information and all of the tasks that we have to complete leading up to election day, having manual intervention without significant additions to capable staff that could do this, is not something that would be possible...But if it's all electronic we don't have an issue; if it's manual intervention we'd have significant issues trying to comply.”

BOE spokesperson Valerie Vazquez declined to comment for this story.

If the state Legislature fails to follow through on absentee ballot tracking and online voter registration, Kallos, who is running for Manhattan Borough President in next year’s city elections, said voters should reject them at the polls.

“As we head into the most important election in our lifetimes for the President of the United States, people will not be able to register online and they may not be able to request their absentee ballots online or even track and see whether or not their ballots are counted and all that just makes them lose faith in their elected officials,” he said. “And I hope that they will join me in voting out all the bums and going after all the corrupt party officials that are involved in a broken Board of Elections.”