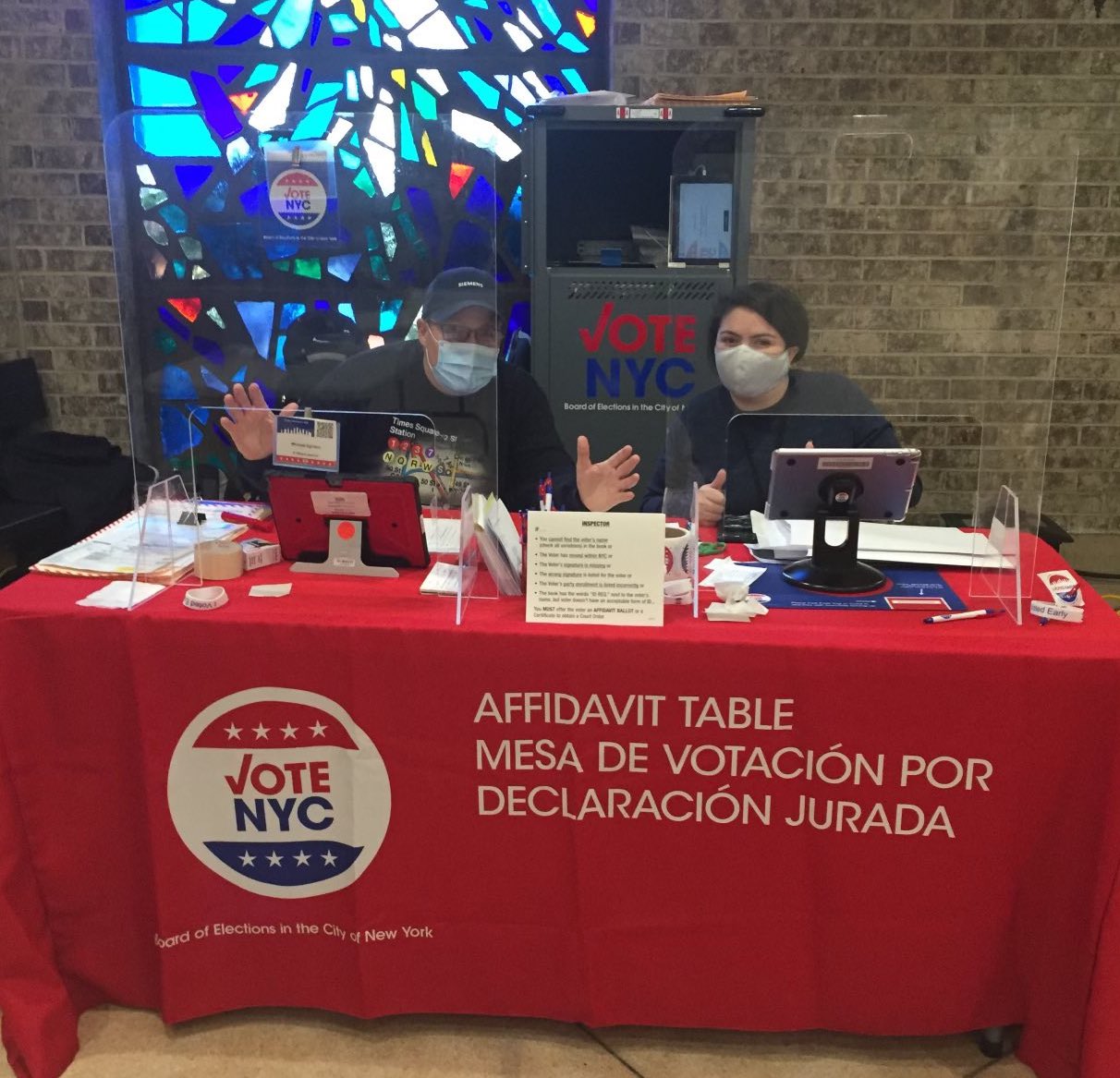 Expecting high overall voter turnout and in preparation for the first early voting period in New York for a presidential election -- which itself just saw over 1.1 million voters cast ballots -- the New York City Board of Elections scrambled to train thousands of poll workers. The COVID-19 pandemic has complicated everything this year, including election administration and voting, with absentee ballot eligibility extended to all registered voters and new precautions needed at poll sites.

Historically, more than half of New York’s poll workers have been over 60 years old, according to the Board of Elections website. This year, because of older residents’ increased vulnerability to the coronavirus, there was a recruitment emphasis on younger people and many stepped up.

Gotham Gazette was in touch with several people who have been trained as poll workers this year about their experience training for the job and what they considered the most reassuring and most concerning parts of the election process.

Some poll workers felt motivated by the high stakes of the election. “With the current political climate, I was interested in trying to figure out how I could do something more,” said East Village resident Molly Morris, who has never been a poll worker before but hopes to make it a yearly tradition.

“It was a three-hour training session,” said Katie from Queens, who did not want her last name to be shared. It was longer than she expected, but she thinks that’s a good thing, if not for her schedule then for democracy. “They have it down to a science,” she said. Some said their poll worker training sessions took four hours.

Morris was also impressed. “I think one of the things I was most surprised by was how intricate the process is and how many checks and balances there are,” she said. “Everything’s double- and triple-checked and then checked by a supervisor and then checked again.”

Morris hopes to utilize this insider knowledge to combat misinformation about voter fraud. “Now I feel like I can actually say, when people are like ‘oh, it’s so easy to vote twice’ or whatever, I’ll be like, ‘no it’s not. I went through the training, I have the handbook, you can’t do that,’” she said. She wondered if working the polls could become “something of a jury duty scenario where you had to go and just learn about it. I think everyone would benefit from that knowledge.”

By contrast, a Queens resident who wished not to be named said that he didn’t think the training went far enough to ensure that poll workers would be prepared for Election Day. “We were constantly told we did not need to memorize anything because we would have a training manual on election day,” he said in an email, and the training manual was used as an excuse not to go over everything in detail. He also said that “the multiple choice ‘quiz’ we had to pass was taken as a group” and that he thought some of the questions on the quiz were not difficult enough.

As of November 1, the Queens resident said he hadn’t received an assignment for Election Day, and assumed the Board of Elections had more poll workers than they actually needed. Other poll workers interviewed by Gotham Gazette in mid-October said that they indicated to the BOE well in advance that they would be available to work during early voting, but were still not sure whether they would be doing so.

“At the training they said you may have to do an additional training for that or it’s first-come, first-served,” said Morris. Katie, who indicated that she would be available during early voting but will only be working on Election Day, didn’t get her assignment until October 26. These last-minute decisions speak to a larger sense of disorganization at the Board of Elections.

Some poll workers also expressed concern that the training did not take enough precautions against COVID-19. While most interviewees said social distancing and mask-wearing were mostly observed during the indoor training sessions, no COVID-19 testing was required for the trainees but rather they were given questionnaires and in some cases had their temperatures checked. “It was all kind of on the honor system,” Morris said.

One Brooklyn resident who ultimately left the training because she did not feel safe said social distancing was not properly observed. “There were close to 30 people in the room, with two or three people assigned to what seemed like five-foot tables, in some cases separated by a sneeze guard,” said the Prospect Heights resident, who didn’t want to be named. “There was no air circulation in the room and the class was four hours long.”

Andrew Rabin, who took the poll worker training in Queens, said his biggest concern is potentially long lines on Election Day preventing him from getting back to his apartment at a reasonable hour. “I’m hopeful that it’s gonna go smoothly,” he said. “It’s really hard to know.”