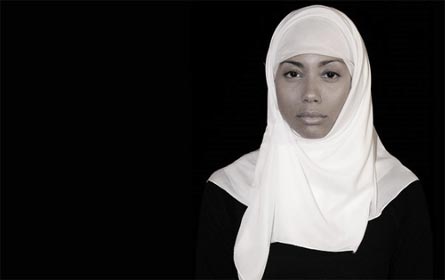 New York City workers will find it easier to pray on the job â€“ and to thank God for having one in this economy -- if a bill passed by City Council yesterday becomes law.

At its one meeting this month, the council also voted to prevent the sale of drugs past their expiration debt and introduced a measure on immigration that could set up a rare between Mayor Michael Bloomberg and City Council Speaker Christine Quinn.

In a meeting devoid of controversy even by New York City Council standards, all measures passed unanimously.

The discrimination bill (Intro 632-A) introduced by Councilmember Mark Weprin essentially requires that public and private employers in New York City go to greater lengths to accommodate the religious practices of their employees. This cover such things as allowing workers to wear attire required by their religions, such as turbans for Sikhs, letting them pray at work and allowing them time off for religious practices.

Currently businesses, government and other employers can avoid allowing such religious practices if it would constitute a hardship. The intro raises the bar to require that the employer be able to prove that accommodating the employee would constitute "an undue hardship."

This, said City Councilmember Deborah Rose, chair of the civil rights committee, represents "a significant expansion of the definition."

"We have to make sure the standards we are instituting are the strongest in the nation," Weprin said, adding that the bill, if signed into law by Mayor Michael Bloomberg, would give New Yorker tougher protections than those called for in federal law.

"For too long," said Council Speaker Christine Quinn, "workers in the New York City have been forced to chose between a job they love and need to support their family, and the full practice of their religion."

The city's Sikh community played a role in advocating for the protection, Quinn and Weprin said. The Metropolitan Transportation Authority has ordered that its Sikh employees put an MTA logo on the turban that Sikh men must wear at all time. Several Sikh transit workers have filed suit against this requirement.

At a press conference, Quinn said the bill was not prompted by any specific incident, She also declined to say specifically whether the police department, for example, would have to allow police officer to wear turbans on the job.

On the council floor, Weprin said his Sikh constituents "have often felt there might be discrimination against people who wear a turban or a beard." In a possible reference to the question of turbaned or hijab-clad police officers, he added, "If someone want to put their life on the line and maybe protect my family, we should accommodate" their religious practices.

Employers found to violate the law would face a $125,000 civil penalty and have to pay compensatory damages and back pay, and reinstate any affected workers.

The other bill passed yesterday â€“ Intro 541, sponsored by Ruben Wills -- will fine anyone found to be selling medication after its expiration date.

The city already bars retailers from selling the old drugs, but the past-their-prime medications apparently show up at such places as the Aqueduct Flea Market and yard sales. This bill, barring individual from selling such drugs, aims to stop that.

Violators face a fine of up to $250 for a first violation and $500 each for subsequent violations. A single sale constitutes a violation.

The intro also gives the police department and Department of Consumer Affairs authority to enforce the measure.

The measure that probably sparked the most attention at yesterday's meeting though will not come up for a vote for weeks, if not months. Intro 656 would limit the extent to which the city Department of Correction could cooperate with federal Immigration and Customs Enforcement, or ICE.

Under the U.S. http://www.ice.gov/criminal-alien-program/ Criminal Alien Program, the Department of Correction gives names of people arrested to ICE so it can check whether they are immigrants. The department also will detains for an additional 48 hours people who have been found innocent or served their sentences to give ICE time to transfer the one-time inmates to a federal facility where they remain pending deportation hearings. (For more, see Concerns Raised over City Role in Deporting Immigrants.)

The legislation introduced yesterday disputes the use of taxpayer dollars to aid deportations. "New York City -- home to millions of immigrants -- should not be a willing participant in a program that separates thousands of immigrant families each year without a concomitant benefit to public safety," the intro says.

To accomplish this, the bill sets limits on who the Department of Correction can keep for the additional time. It would, for example, prevent the city from detaining or sharing information on most people who were arrested but then acquitted of the charges against them.

The measure has 35 sponsors, including Quinn, which almost guarantees passage. It could, though, face opposition from the Bloomberg administration. Although the mayor has supported immigration and issued an executive order that prohibits city workers from inquiring about immigration status when the people seek city services or witnesses a crime, his administration has defended the cooperation with ICE.