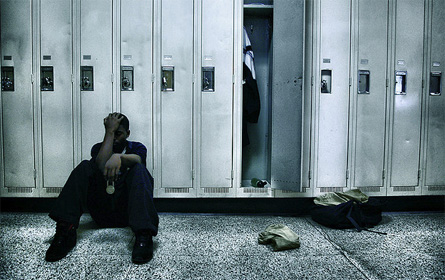 Bullying once meant dipping a schoolgirl's braids in the desk inkwell or throwing snowballs at the new kids. But 21st century bullying can involve schoolhouse shootings, tormenting gay classmates, ruinous sex videos, devastating Internet abuse and suicides. The new extremes may be due to increasing violence among children, and, ironically, may also flow from diversity, which provides bullies with targets who look or sound different or may be gay, or have disabilities.

In a federal lawsuit brought against New York City's Department of Education by the parents of LK, then a 12-year-old pupil at P.S. 6 on Manhattan’s upper east side, Judge Jack Weinstein of the U.S. District Court for the Eastern District of New York has framed a test for defining schoolhouse bullying. Although the child in this case has disabilities, Weinstein's approach appears to be generally applicable.

The test, the judge wrote is, whether the conduct is "sufficiently severe, persistent or pervasive that it creates a hostile environment," which the school does not correct and so "deprives a student of substantial educational opportunities." The victim need only show that the bullying is likely to affect the student's opportunity for an appropriate education.

The primary characteristic of bullying, as contrasted with rough play or teasing, involves power struggles based on a perception of strength (the bully) and weakness (the victim). According to a report of a recent White House Conference on Bullying Prevention, the critical element of bullying is "unequal and coercive power" or "at least a perceived advantage for the bully either physical or psychological."

LK, originally diagnosed as autistic and later as learning disabled, was enrolled in a class of children of varying abilities. The allegations, officially undocumented but confirmed by special aides assigned to her while in school, included that other children laughed at her when she tried to speak in class, tripped her in the hallways and generally shunned her to the point of refusing to touch any object she had touched. In this case, the only report the school provided described LK as the aggressor.

Testifying at an administrative hearing, the school's principal could not recall what, if any, investigation she had done into complaints made by LK's parents. According to the plaintiffs -- the parents -- heir child was not protected at schools and became fearful and discouraged about school. As a result, the family transferred the girl to a private school at their own expense.

Alleging a failure by the city to provide LK with a suitable learning environment and education, the lawsuit sought recovery of the costs incurred for private school. The defendants, however, counter that the transfer was not necessary and so the public should not have to pay for the private school. Where the public school system is unable to or fails to provide an appropriate education for a child with disabilities and her needs can instead be met in a private school, the family need not pay the costs.

The parent also asserted that LK had progressed in school, an issue the judge said did not nullify the hostile environment or bullying.

Weinstein wrote, "This case presents the largely unresolved issue of the extent to which bullying by other students inhibits a disabled child from being educated appropriately, and what her school must do about it."

Under federal law, all public schools receiving federal funds must provide an education appropriate to each child’s abilities and disabilities. Federal law further requires that harassment of someone because of a disability must be investigated and responded to promptly and appropriately. The question to be asked and answered in this case and all cases, Weinstein said, is "Whether school personnel [were] deliberately indifferent to, or failed to take reasonable steps to prevent bullying that substantially restricted a child with learning disabilities in her educational opportunities."

In a long opinion replete with citations to academic articles on education, psychology, sociology, and law, Weinstein referred to New York State's recently enacted Dignity for All Students Act, which is to become effective in 2012. That law is meant to assure "all students in public schools an environment free of discrimination and harassment." (For more, see Governor Signs Bill to Combat Bullying.) But the city has not implemented its own version of an anti-bullying law, although a regulation has been adopted. State law, when it goes into effect, would be available to victims in city public schools.

LK's parents had also claimed that they were not included in the child's Individualized Learning Plan, a program required for all students with disabilities, but the court dismissed this claim.

Based on Weinstein's preliminary findings and operative definition of bullying, the case can now proceed to trial to determine whether LK's treatment and neglect falls within the judge's parameters of what constitutes bullying. Trial evidence must establish whether she was the victim of bullying, and whether the unchallenged harassment in school had the effect of denying her a full, appropriate public education.