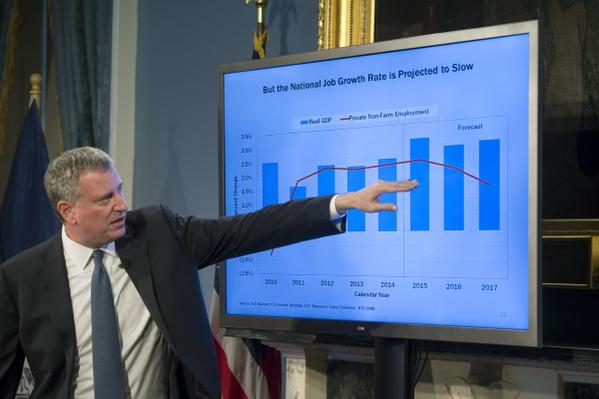 Transparency is a word that often gets thrown around in politics. On the campaign trail challengers vow, if elected, to have a transparent administration, and incumbents tout how theirs embody openness, often pointing to how much information they've put online.

As we move deeper into the digital age, the meaning of transparency, much like technology itself, continues to evolve—and governments are struggling to keep up.

As tech and data-focused Manhattan Borough President Gale Brewer recently said, "The wealth of city data available online needs to be made usable. Simply dumping data on the internet does not qualify as transparency."

In the infancy of the Internet, putting documents online as a way to share with a broader audience was a novel concept. This became a great new tool for advocates focused on transparency and accountability. Documents with information detailing government operations and spending of taxpayer money were put online for all the world to see. For the first time, light was shed onto an often unseen world, accessible anytime and from many miles away.

As we marched through the '90s and the first decade of this century, the Internet evolved into a new marketplace, a place for consumption of all sorts, somewhere to meet and talk with friends, a place to share information of many kinds.

The ever-increasing flurry of online activity has produced massive amounts of data - everything from user activity like browsing habits and shopping preferences to massive file storage of photographs, essays, and news articles. This massive data cache has spawned a new industry of developers creating apps, programs, and networks aimed at making our lives easier, more efficient and enjoyable - and in some cases, aimed at solving big problems. We need not look further than Facebook, Uber, or even the MTA's Bus Time.

Today's apps and programs collect and display data online in user-friendly, interactive formats, not in the outdated forms of PDFs and Word documents. It is preferred to release data in an open format using file types and displays that are computer friendly (also called "machine readable"). This makes data easy to manipulate, analyze, and visualize.

Unfortunately, government data is often released in old school ways. Imagine your running app emailing you a PDF listing the times and lengths of your runs for the week? Sure, your data is collected and displayed, meeting an outdated definition of transparent, but how easy is it to sort or to compare week over week? What if you wanted to compare your training with your running partner? You could manually export what you need into an Excel spreadsheet and do an analysis, but not only is that time consuming, it further opens up the process to human error.

When it comes to government information, New York City's Open Data Portal has helped alleviate some of this problem. However, as it often is with government, the modernization process has been slow. By law, the City has until the end of 2017 to get certain data online in a machine-readable format, but not all data is required to go to the portal. In an ideal world, all new data being published would automatically be posted in machine-readable format, but that does not yet appear to be the case. The City remains somewhere on the path from the older definition of transparency to the newer.

This year the City Council has passed six bills requiring city agencies to issue periodic reports, largely as a mechanism for oversight. The bills aim to increase transparency on hot-button issues like school safety, violence in jails, and traffic fatalities. But none of those bills require the reports to be released in an open format.

Local Law 32 would require the Department of Education (DOE) to issue an annual report on co-located schools including student demographics and academic performance. The law requires the report to be posted on the DOE website, but there is no format requirement, meaning a PDF, which does not allow for easy external data analysis, would be within the limits of the law.

These co-location reports could prove to create a treasure trove of rich data, but in PDFs, that data would have limited use. Developers would not be able to easily add the information to their apps, which may be used by parents to find the most information about a school they may be sending their child to.

"Doing it in this way shows they are only addressing transparency and missing the opportunity to do something that is truly open," Joel Gurin, senior advisor at NYU's GovLab, said recently by phone.

Gurin added that information once considered "look-up information," such as how much money agencies spend in a year, is increasingly moving to be offered by governments in open and analyzable formats.

"There is a growing realization that you have to release this, not only in a way that people can look up, but in a way they can actually work with and manipulate the data," Gurin said.

The Council has roughly 40 more bills currently introduced that would require some form of data reporting, but a quick analysis by Gotham Gazette shows there is no requirement to make the reports machine readable. Arrangements could be made between relevant agencies and the Council, but nothing would be codified into law.

While the transparency measures are no doubt better than keeping that information in the dark, pivoting to an open format would be much more beneficial.

"We live in a world where we all go to Google for the answers, but if the answers can't be found with Google it often can't be found," Council Member Ben Kallos said by phone. "Any government data being released in a PDF is often not going to be machine readable which means it might be 'public' but it sure won't be found by anybody."