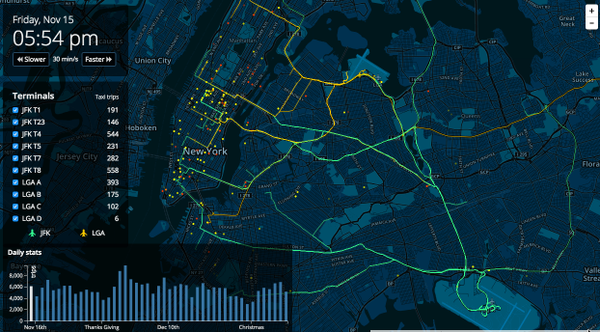 With the data available these days, there is no shortage of app ideas and app makers. In cities like New York, which have a robust civic technology community, hacknights to dive into government data and solve civic problems are held on a regular basis.

While the creation of apps, and the push by civic technologists for even more data, is common, getting those apps picked up and used by cities and citizens is a different story. There are a variety of roadblocks, many involving government regulations not designed for the 21st century.

Bureaucracy is set up to say "no" to disruption. Often, mechanisms are in place to protect a city from fraud and corruption. But in a time when technological advances far outpace the speed of government, innovation can be stifled and frustration rampant.

So how do you prepare the next wave of civic innovators to deal with the "no" machine? Furthermore, how do you create and design a project that will not only benefit citizens, but also get a "yes" from government and its constituents?

Until recently those answers have been hard to come by for people without government experience. But the GovLab at NYU is working to change that. On March 2 the GovLab Academy will offer an eight-week course on civic tech for local elected officials and their staff members. The class will meet online every other Monday and include one-on-one coaching sessions.

"What we add is an integrative piece that brings that expertise and those who understand how to actually get it done," Alan Kantrow, chief learning and communications officer of the GovLab, said by phone.

The "Civic Tech for Local Legislatures and Legislators" class will be co-taught by City Council Member Ben Kallos, a long-time civic tech advocate and chair of the Council's government operations committee, and Arnaud Sahuguet, a recent product manager at Google. Beth Noveck, the former Director of the White House Open Government Initiative under President Obama is also expected to help facilitate.

"Whenever possible, I have tried to partner with civic technologists to create change," Kallos said by email. "It is important to mentor the next change-makers who are working on projects to open and improve government."

Kallos is no stranger to seeing the benefit of government and technologists partnerships. In the fall of last year Kallos got the City to team up with civic technologist to unlock 50 years of the City Record Online. The historical data had been put online in PDFs, making the data, including its searchability, very difficult. The project, one of several initiatives Kallos has been involved with that leverage technology, is expected to be complete some time this year.

For the GovLab class, participants are encouraged to enroll in teams of three to five members and with projects in mind they are hoping to develop. Topics can include but are not limited to "constituent engagement, crowdsourced lawmaking, enhanced drafting and archiving of local laws and rules, and other tech-enabled strategies for enhancing legitimacy and effectiveness in municipal legislatures and among local regulators," according to the class website.

Kallos said he will not be bringing a project to the class, as his focus will be on teaching. But he added his personal focus as a council member has been to upgrade constituent services so work and resources can be shared among multiple legislative bodies. His larger vision: a "one-stop shop open democracy platform."

Kantrow said early interest in the class was high, but didn't provide a number of sign-ups. Enrollment for the class, which is open to anyone, is open through February 25.