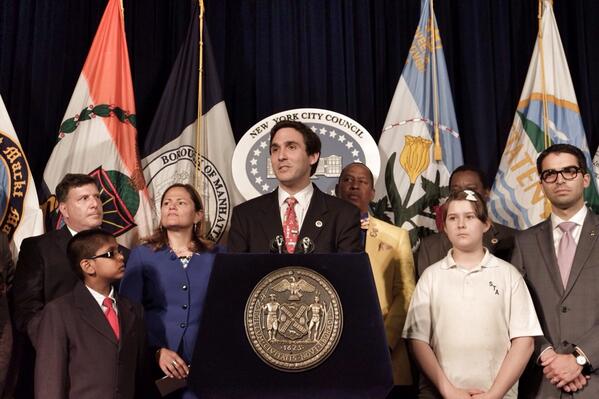 As preliminary budget hearings at the City Council approach the end of their third week, the Committee on Governmental Operations will meet Thursday to evaluate the expense plan for a host of city agencies.

Members of the committee, chaired by Manhattan Council Member Ben Kallos, will meet representatives of eight city agencies to question them about performances and budgetary needs. The hearing will also look at the city's 59 community boards.

"The Council Member's aim will be to ensure all tax dollars get spent wisely," and that "the operations of the agencies that Governmental Operations has oversight over are open, transparent and work seamlessly for the people," an aide to Kallos said by email.

The hearing, which continues the Council's evaluation of Mayor Bill de Blasio's initial Fiscal Year 2016 spending plan, will look at the nuts and bolts of government function, including how the City runs the voting process, and much more. It will open with testimony from an executive of the Financial Information Services Agency (FISA), the body running the Payroll Management System, which processes over nine million payments and $28 billion worth of payroll annually.

During last year's preliminary budget hearing, FISA's First Deputy Director, Rose Ellen Myers, said the budget allotted to her agency for Fiscal Year 2015 was sufficient to allow it to maintain its current levels of service.

According to the preliminary budget for Fiscal Year 2016, FISA will be one of the three agencies under the supervision of the Governmental Operations Committee that will not face budget reductions. The other two are the Tax Commission and the Office of Administrative Trials & Hearings (OATH). These numbers are based on the preliminary fiscal 2016 outline from the mayor versus the adjusted 2015 expense budget.

As outlined in de Blasio's expense plan, which he announced in early February, other agencies supervised by the Committee on Governmental Operations will have to deal with budgetary cuts.

The Law Department will see its budget diminished by nearly $9 million. The Department of Citywide Administrative Services, which manages some of the city's real estate properties and provides logistic support to city employees, will be provided $44 million less this coming fiscal year, set to begin July 1.

The New York City's Board of Elections will see a drop of over $29 million, which could have to do with the BOE's limited electioneering responsibilities in November of 2015. But, performance of and funding at the BOE are significant issues. During the preliminary budget hearing last year, BOE Executive Director Michael Ryan began his testimony by denouncing a "chronic and sustained budgetary underfunding" that has impacted the office in the last several years.

"This consistent underfunding has placed the Board in financial jeopardy and has negatively impacted the Board's ability to effectively and efficiently conduct elections," Ryan said on that occasion, adding that the agency needed more funds "in order to fulfill its constitutional and statutory mission successfully."

During that same hearing, however, Council Member David Greenfield, a Brooklyn Democrat on the government operations committee, downplayed a "conspiracy to go after the Board of Elections" and ultimately asked Ryan to do more with less.

Called to testify at a hearing of the committee on March 3, Ryan and other representatives from the Board of Election said the agency is working on new software to allow online tracking of absentee ballots and communication with voters about the status of their ballot applications.

The price tag for such reform, however, is still unknown. It is possible the agency will request more funds in order to implement it, and to be sufficiently equipped leading up to coming elections.

At the hearing on Thursday, members of the committee will likely ask Ryan about the need for additional funds, introducing the possibility that more money could be earmarked to sustain the Board of Elections' efforts to expand and defend voters' participation. The Council will give its response to de Blasio's preliminary budget in April, requesting that he include more funding for certain agencies and initiatives in his Executive Budget.

While urging the City Council for more funding, however, representatives of the BOE are expected to be aggressively probed by the committee members on a number of issues. One of these is the capacity of the BOE to ensure its Electronic Voting System will work efficiently.

During the budget hearing in 2014, Greenfield pointed out the electronic machines voters use to cast their ballots have stalled in the past, creating problems at poll sites.

Another object of scrutiny will be the Board of Elections' hiring process. The city Department of Investigation has suggested the agency run a background check on every worker it hires during an election.

Ryan, however, said that while the agency does already perform a criminal background screening of its full-time employees, the same procedure would be difficult to implement in the case of the 36,000 poll workers who are hired temporarily. Ryan took over at the BOE not long before the 2013 city elections took place.

Kallos said long-standing issues at the Board of Elections will ultimately get fixed.

"There has been some forward movement and some stagnation," he told Gotham Gazette in an email. In response, he said, he will push forward the necessary reforms to eradicate "nepotism and patronage" from the agency.