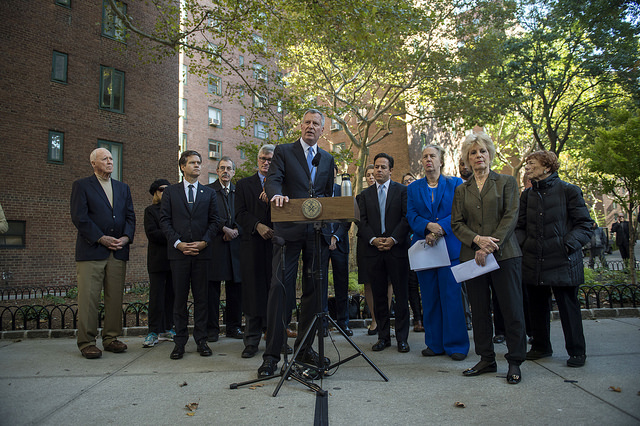 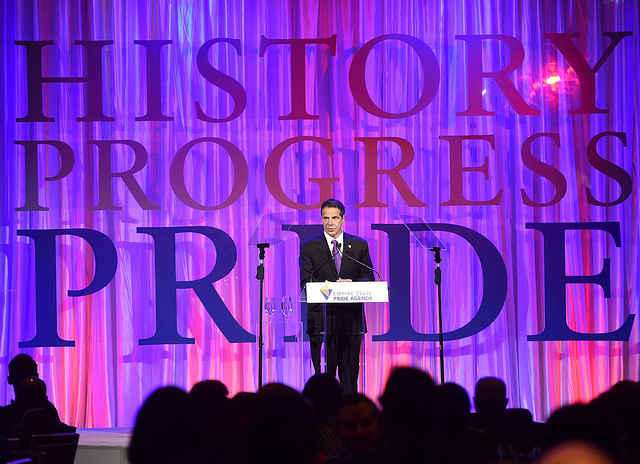 2. City & State Make New Moves In K2 Fight (Separately): Governor Cuomo announced on Tuesday that New York is expanding its public awareness campaign against synthetic drug abuse with ads and a 33-foot-tall billboard in the Bronx that reads "Synthetic marijuana can kill!" On the same day, Mayor de Blasio signed three measures into law that criminalize the manufacture and distribution of synthetic marijuana, commonly known as K2, intensifying the city's ongoing crackdown.

3. Federal Court Upholds SAFE Act: The U.S. Court of Appeals for the Second Circuit upheld the New York SAFE Act on Monday, keeping in place signature Cuomo gun regulations which were passed in the wake of the December 2012 mass shooting at Sandy Hook Elementary School in Newtown, Connecticut.

4. Stuyvesant Town Sold: This week, the Blackstone Group, a Wall Street investment firm, reached a deal to buy Stuyvesant Town-Peter Cooper Village, a 11,232-apartment complex near the East Village. As part of the deal, 5,000 units will be preserved for middle-class families. The deal was negotiated with the de Blasio administration, City Council Member Dan Garodnick (who wrote this Gotham Gazette op-ed with his thoughts on the deal), and other key stakeholders.

5. De Blasio Moves On Bail: In the aftermath of the killing of Police Officer Randolph Holder on Tuesday evening, Mayor de Blasio and others are scrutinizing the processes by which the alleged killer was still on the streets given a long criminal record and recent arrests. De Blasio is calling on the state to change its bail laws: as he and allies such as City Council Speaker Melissa Mark-Viverito ask for elimination of bail for low-level nonviolent offenders, they also want to see judges allowed to consider the dangerousness of someone facing charges when setting bail.

One 'Raise the Age' Story at Center of Push for Legislative Action, by David Howard King

Participatory Budgeting Grows in NYC - Why Isn’t Every Council Member Doing It?, by Colin O’Connor

There is Nothing Innovative About Displacement, by Tarry Hum (opinion)