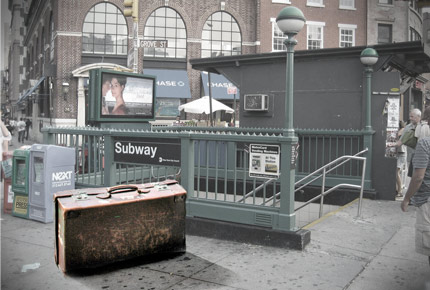 Since 2000, the city has welcomed 200,000 new New Yorkers to its ever-expanding population. Perhaps you are one of them?

ALSO: Enter the first ever Gotham Gazette writing contest and win $200. Winning entries have the opportunity to be published on Gotham Gazette. Please click here for details.

PLUS: Finding Your Way Around New York's News

If you've acclimated to bustling streets, crowded subway cars and exorbitant rents, the time has come to turn your attention to New York City civics. Fear not, though: Gotham Gazette is here to provide you with a plethora of knowledge on New York City policies, from the budget process to sustainability to demographics.

In anticipation of the thousands of new New Yorkers making their way to a new home here this fall, we have compiled a New York City user's guide -- overflowing with some of our best stories that are sure to strengthen your civic adeptness.

Check out the links below. And come back every week to stay up to date on New York's latest policy and political news.

One Person's Vandalism Is Another One's Art
How graffiti can be cherished and reviled by the city.

How To Make It In NYC As An Artist
Find out about an array of sacrifices you may have to make to make it as an urban artist.

Unanswered Questions: City Council's Phantom Funds
We know millions of dollars were found stashed in the city budget to be appropriated at a later date. But what other questions remain over the council's ethically questionable practice.

Musical Chairs: Shuffling Seats in City Government
With term limits on the horizon for two-thirds of the City Council, many are looking for jobs elsewhere.

A One in Five Shot: Passing City Council Bills
Find out who is the most successful at getting legislation passed, and why.

The State of Civil Liberties
In the shadow of recent controversies over Central Park's Great Lawn, civil rights columnist Andy Humm looks at where we have come from and where we are heading.

In the last decade, marijuana arrests have skyrocketed. But do marijuana users threaten public safety?

Reversing the Tide Against Protest

Council members have proposed legislation revising guidelines for parade and demonstration permits after several protests sparked lawsuits against the police department and its crowd control practices.

The High Price of Counterfeit Goods
A $23 billion industry, counterfeit items in New York City are not hard to find.

Who's Stopped? Who's Frisked?
After one study showed the Police Department stopped non-whites far more often, we talk to the lead author.

No Quick Riches for New York's Twenty-Somethings
What salaries recent college graduates should expect, with women leading the way.

Women of New York City
Female New Yorkers are more likely to earn more money and be single than women elsewhere in the country.

Paying the Price for Living in New York
City living is expensive, but in New York City, with rate increases and inflation, it can be grueling.

The Budget Maze
Take a spin through the city's labyrinthine budget process and see if you can get a member item, program or tax cut passed.

A Battle Brews Over Who Controls the Schools
As mayoral control is about to sunset, officials and advocates are already drawing lines on what to do with the city's schools.

A Smoother Ride for Cycling in the City
How is the city getting New Yorkers out of their cars and onto their bikes.

Measuring the Garbage Glut
Design your own solid waste management plan for New York City and see how it stacks up to the city's proposal.

Creating Healthy Bodegas
The city is trying to clean out candy and sweets and bring in reduced fat milk and fruits at your corner store.

NYC vs. Fast Food
The city has a contentious relationship with its fast food industry, from trans fats to rat infestations.

Problem s with Pigeons
Pests or a threat to public health? One councilmember is looking to control the pigeon population permanently.

Preserving Public Housing that Works
A professor argues how the city can save its public housing authority.

What Three Million Immigrants Do
A quarter of economic output in New York State can be attributed to immigrant communities.

Is the Long-term Sustainability Plan Sustainable?
PlaNYC 2030 may cover an array of environmental topics, but it leaves out one thing: public participation.

College Boom
Most universities and colleges in New York City are looking to expand. Here is a look at several of the projects, and the opposition that has followed.

Crumbling Systems
The fate of our aging infrastructure is questioned under the weight of millions of users.

Tracking Crime in the Parks
After decades of danger, our city parks are a lot safer. We take a look at the crime that still occurs there.

Counting Down to the Great Television Turnover
The switch to digital television may see some static.

A City by the Sea -- or Under It?
In a city surrounded by water, how can we avoid a catastrophic coastal flood? And, are the city's actions enough?

On the Beaches
At the city's public beaches, water quality and litter do not keep the droves away.

Summer Reading: Best Books About New York
What New Yorkers are reading and what others are writing about the Big Apple.