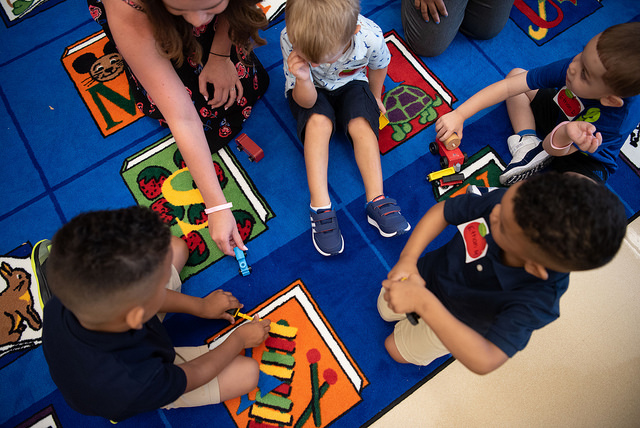 When the New York State Board of Regents met last month, the mood was despondent. “The needle hasn’t moved for minority children in decades,” said Regent Kathy Cashin, decrying the racial achievement gap on the newly-released 2018 state exam scores for students in grades 3-8. The reaction of the Regents ran the usual gamut of hand-wringing, blaming the tests, and calling for more dilatory “analysis.”

And then came the damning report in The New York Times on the failure of New York City’s Renewal schools program. After investing $755 million—nearly the entire annual budget of the San Francisco Unified School District—in the academic improvement of the 94 lowest performing schools, the needle has barely moved there either.

Why the hand-wringing, and why the wasteful investment in programs doomed to fail, when the achievement gap can be closed—for this generation, and with current resources?

Our practices vary, and we don’t always agree on policies. But collectively we are offering a brighter future to 100,000 city students.

Brownsville, where we operate five schools, is a community of tremendous potential, but blighted by failed schools. The incarceration rate is the second-highest in the city and a mere 26% of students were found proficient in English. Yet our 5,000 students, 96 percent of whom are black or Latino and 83 percent of whom are from low-income families, not only closed but reversed the achievement gap. Ascend’s African-American students outperformed white students statewide by 7 percentage points in ELA and 2 points in math.

Eschewing the harsh disciplinary practices of “no excuses” schools, Ascend schools offer a rich liberal arts education in a supportive and joyful environment. As our results have climbed, suspension rates have plummeted, down 40% in our lower schools in four years and 28% percent in middle schools.

We commit to making every child feel welcome and cherished. We don’t select students on the way in, nor on the way out. Some, including those affected by homelessness and other traumas, are afforded individual attention for years, and then blossom.

Our schools accomplish all this while holding true to our deepest commitment: to operate truly public schools that enroll all students and operate at district funding levels. All students are enrolled strictly by lottery, we charge no tuition or fees, and most important, we fill every vacant seat through grade 9.

We are but one example of successful charter education. Other networks are posting results as exciting. We are not stuck in the transformational “ice age” that Regent Luis Reyes bemoaned at the recent Regents meeting. Our students—New Yorkers’ students—are not consigned to lives where promise is crushed.

Our education officials are staring a solution in the face.

Yet charter growth may soon stall because of an artificial statutory cap on the number of new charters; only a handful now remain to be awarded statewide. Why not lift the cap? Why not have charters run even half of the Renewal schools to test our methods? Why limit our children’s potential?