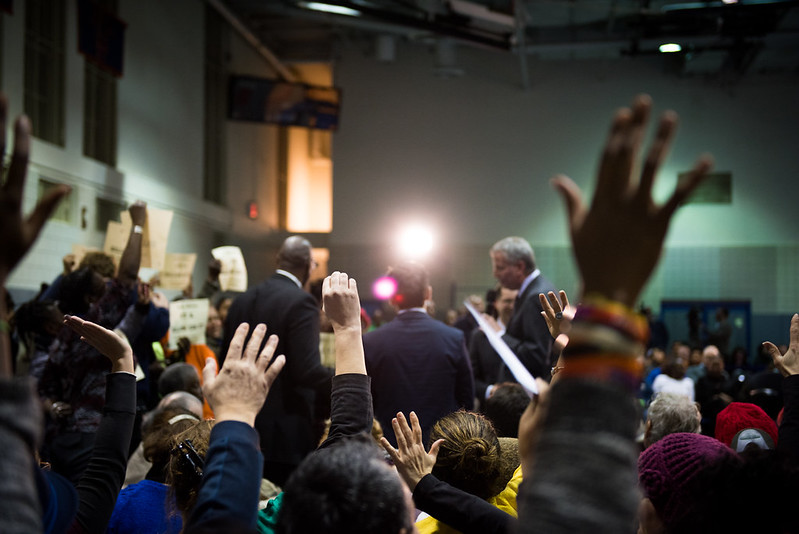 While we ask dozens of questions at the start of each year about what lies ahead in New York politics, as we look ahead to 2021 many of the 50 questions we had for 2020 are on the table again, either because they are evergreen or because the pandemic froze so much of political life in place. Some of those questions are repeated below, some aren’t, even if they are applicable.

There’s so much unknown as we head into 2021, a year of incredible importance to New York City and State, especially as we try to stem another covid wave while administering the covid vaccines, spur economic recovery and a return to some sense of ‘normalcy’ around schools, business, tourism, and more. That more includes government leaders dealing with budget deficits, negotiations with a new presidential administration and new Congress, and the monumental task ahead for New York City voters of selecting a new mayor (the #1 purely political question of the year ahead, of course) and new class of other city government officials, from the comptroller to the borough presidents and the 51-seat City Council.

But it isn’t meant to be completely exhaustive. Nevertheless, if you think we missed something or have an answer to one or more of the questions below, tweet us @GothamGazette or email This email address is being protected from spambots. You need JavaScript enabled to view it. — and thanks for reading. Here’s to a better 2021 for all New Yorkers.

2. Will the federal government bail out New York State and New York City governments? Will there be more federal money for the MTA? Will there be another broader federal stimulus package to help New Yorkers and New York businesses, nonprofits, schools, and other entities? How will the eviction and foreclosure moratorium ultimately be resolved?

3. How will New York recover from what covid has wrought? What will all three levels of government do to address the devastation of covid, ease burdens on New Yorkers, and provoke recovery? How will New Yorkers collectively and individually mourn? How will the city collectively celebrate those frontline workers who helped New York survive? Will there be any major, long-term social, economic, or political shifts that result from the covid crisis? When will schools fully reopen? How will the city and state ensure that students are able to have the best chance to make up for missed time, learning, and other development?

5. Will any New York officials, like Senator Kirsten Gillibrand, take positions in the Biden administration?

6. How will the New York House delegation perform, especially the newest members, like Reps. Ritchie Torres, Nicole Malliotakis, and Jamaal Bowman? What will Rep. Ocasio-Cortez do in her second term? Will Rep. Hakeem Jeffries become widely seen as the likely next Speaker?

8. What will Bill de Blasio’s 2021 agenda look like? How will the outgoing, term-limited mayor try to cement his legacy? Can he help lead the city’s recovery effectively? With time running out, will he unleash a torrent of long-stalled ideas and proposals? Can he make final progress on key priorities and major challenges facing the city on jobs, housing and homelessness, crime and policing, and much more?

9. Who will be elected the next Mayor of New York City? Who will run in the Democratic and Republican primaries and who will win those nominations? Will there be a formidable ‘independent’ candidate for the general election — including, possibly, someone unsuccessful in the Democratic primary? What will be the most important issues and factors in the mayoral race?

10. Who will be elected the next Comptroller of New York City? Will Jumaane Williams win reelection as Public Advocate?

12. What will the next City Council class look like? How will its 51-member class break in terms of political ideology, demographics, and other key factors? Will the effort to elect more women to the Council get closer to gender balance in the legislative body? What will its makeup portend for the race to be the next Council Speaker? Who will make moves in that bubbling race to become Speaker? How will labor and activist alliances do in attempting to elect City Council allies? What clashes will occur and who will prevail? How will the Democratic Socialists of America New York City branch do in its effort to elect six new Council members?

13. How will the rollout of ranked-choice voting go? Will the implementation of RCV happen as currently planned and mandated by law? Will the Board of Elections successfully implement it, starting with several imminent special City Council elections? Will voters know enough about it? How will voters feel about it?

14. Who will be elected Manhattan District Attorney? Will Cy Vance pursue reelection after all?

15. How will the pandemic impact the mayoral and other campaigns?

16. What will voter turnout for the June primaries look like? The fall general?

17. Which races will be competitive in the general election? Can the Republican nominee crack 40% in the mayoral race? How many Republicans will win City Council seats — can the GOP expand on its current minority conference of three?

18. Which entities and forces will matter most in the mayoral and other city races? How will the Democratic county parties fare in backing candidates for office, from mayor through the City Council? What allegiances and alliances may emerge? What impact will labor unions, advocacy groups, and other players have on the mayoral and other races? Will Mike Bloomberg get involved? What will Bill de Blasio’s role be?

19. Who will win the several upcoming special City Council elections in the Bronx and Queens in February and March?

21. Will the city’s recent increases in gun violence continue or be reversed?

22. What will be the next steps in the police reform process and movement? How will the NYPD’s implementation of promised reforms go? What will the NYPD’s reenvisioning design, per a statewide executive order by Governor Cuomo, look like and will it gain City Council approval? With legal challenges resulting from the repeal of 50-A be resolved and a flood of NYPD disciplinary records see the light of day? Will Dermot Shea make it through the year as police commissioner?

23. What high-profile de Blasio administration departures will occur? How many “acting” commissioners will the city have come the final months of de Blasio’s tenure?

24. Will anything be done on property tax reform?

25. Will anything be done to help distressed taxi driver-medallion owners in the city, especially with regard to their debt?

26. How will the proposed rezonings of Soho and Gowanus proceed? What other big land use issues are resolved or become focal points? Will there be any pandemic-related shift in how major development projects are viewed?

27. Will there be significant movement to raise revenue for NYCHA, through various proposed mechanisms including infill development? Will the federal government come through with billions in needed repair money? How will de Blasio approach NYCHA in his final year and how will the federal monitor play a role?

28. What will new admissions policies for middle schools and high schools mean for desegregating New York City schools for the 2021-2022 school year? Will there be any movement on reforming admissions to the city’s specialized high schools?

29. Will there be any real debate about the future of mayoral control of city schools?

30. What will drive Governor Andrew Cuomo’s 2020 agenda? Can the governor close the state’s budget gaps without significant cuts to local funding and without raising taxes?

31. How will the Democratic majorities in the Legislature perform? Will the Assembly and Senate majorities be largely aligned? Will they take control of the legislative process and force the governor’s hand? Will they override any Cuomo vetoes?

33. Will New York legalize adult use of marijuana? Will the state pass protections for gig and freelance workers? Will there be new limits on solitary confinement? Any significant parole reform? Any real movement on the New York Health Act for single-payer health care? Will the cap on charter schools in New York City be lifted? Will the state extend anti-sexual harassment laws to the Legislature? Will there be any reform of the Joint Commission on Public Ethics (JCOPE)? Will there be any significant reform of the New York City Board of Elections? What other high-profile policies pass or fail or lay dormant?

34. How will the state’s legislative redistricting processes unfold? How many seats in Congress will New York lose, one or two? What controversies arise around how congressional and state legislative districts are drawn?

35. Will the MTA make it through the year without major service reductions or personnel layoffs? Will its capital program be able to move ahead? Will the subways and buses get people where they need to go in timely fashion and safely?

36. Will congestion pricing be approved by the Biden Administration and implementation begin in New York?

37. Will New York City streets be made significantly safer for pedestrians and bike-riders? Will there be additional busways and an accelerated bus lane buildout? Will there be a large push to add protected bike lanes and connect the bike lane network? Will the city lower its per-ride NYC Ferry subsidy? Is the BQX project dead? What's going to happen with the BQE? Will there be any significant changes to how space is allocated on the Brooklyn or other bridges? Will anything be done about all the trash on the sidewalks?

38. What will 2021 bring in the ongoing Bill de Blasio-Andrew Cuomo saga?

39. What’s next for Bill de Blasio? Will he write a book? Get a cable news gig? Land a job in the Biden administration? Another political position? Teach? Plot a 2024 presidential run? Pursue another elected office?

What did we miss? (We may expand the list to more than 40) Tweet us @GothamGazette and @TweetBenMax