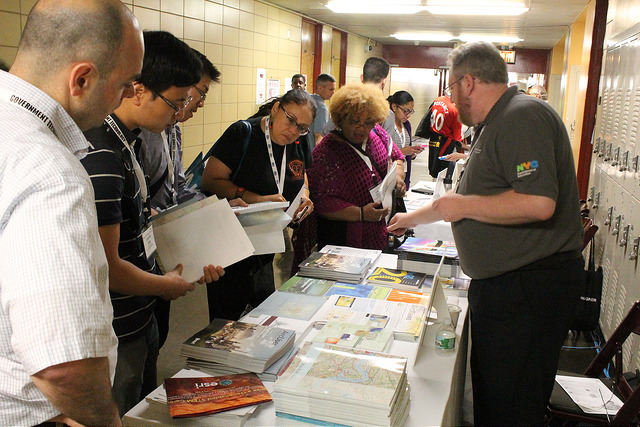 As the job market has evolved over the past several decades, job requirements have become more and more specialized, requiring degrees and certifications that were not previously necessary. This has forced many who would not previously have considered higher education to pursue postsecondary programming.

In 1973, 28 percent of jobs nationwide required some level of postsecondary education. By 2018, that number is expected to hit 63 percent. This shift has led to a shift in what the postsecondary student population looks like, and these trends have exposed a gap in education offerings.

“The economy is becoming more and more dependent on skilled workers,” said Christian Gonzalez-Rivera, senior researcher at the Center for an Urban Future and author of a new report on “nontraditional students” and their paths to postsecondary degrees. “Employers who once hired people right out of high school for manufacturing are now looking for people with some postsecondary education, whether that’s a Bachelor’s degree, or an Associate’s degree, or a credential in a specific field.”

New York state is no exception to this trend. According to a new CUF study, New York’s public higher education systems, the State University of New York (SUNY) and the City University of New York (CUNY), have seen a large influx of what CUF calls “nontraditional students”-- any student that is over the age of 25, enrolled part-time, working with a full-time job while attending school, raising children, or providing for dependents.

According to the study, The New Normal: Supporting Nontraditional Students on the Path to a Degree, “in New York City, 27 percent of community college students are aged 25 and older, 50 percent have a paying job (52 percent of working students work more than 20 hours a week), and 16 percent have children who they are supporting financially.” Additionally, one in four CUNY students are adults (25+).

“The student body is rather different from what it used to be. While the traditional student is somebody who attends school on a full-time basis, perhaps does a four-year program...increasingly you’re finding a lot more students who are adults or who already have children or are taking care of sick or elderly relatives who also need to go back to school because they know they need to increase their skills if they’re going to compete in today’s labor market,” said Gonzalez-Rivera in an interview discussing the report.

CUF reports that there are currently 139,501 students enrolled on a part-time basis at community colleges operated by SUNY or CUNY. In 1980, 32% of students nationwide attended community college part-time; 42% now do so. Part-timers at SUNY have a 28 percent graduation rate, while at CUNY that number is 24 percent.

“The problem with attending on a part-time basis is that it takes too long, it costs too much and because it takes so long it increases the chances that something’s going to get in the way,” Gonzalez-Rivera said. “The chances increase that you’re actually going to get derailed before you finish.”

While nontraditional students now make up a significant proportion of students in New York’s public higher education systems, these systems have failed to keep up with the changing demographics of their students. “State and federal education policy haven’t really kept up with that new trend,” according to Gonzalez-Rivera. “As a result you have really, really low graduation rates at community colleges.”

CUF’s report proposes several policy changes that would make higher education a lot more feasible for nontraditional students. Some smaller changes include block scheduling, more intensive and proactive advising aimed at preventing failure before it occurs, and “wrap around services” that provide help with non-academic issues such as child care or accessing public benefits.

Gonzalez-Rivera calls them “guided pathways” and believes they would help students structure their programs according to their other obligations, and to “decide what is the minimum path that you can take through school, what are the classes that you have to take in order to complete this degree without distractions.”

CUF is also proposing a much larger policy change that would restructure the traditional higher education paradigm. They call this proposal “stackable certification programs.” The idea is that in order to make it easier for nontraditional students to finish their degree, community colleges should offer students segmented certifications that qualify them for progressively more advanced jobs throughout their time at school, allowing them to earn an income and pay tuition.

As Gonzalez-Rivera put it, “Instead of having somebody have to wait two years to get their credential, they can get a credential every six months, that way they have something in hand and they don’t just go into college, drop out and come out with nothing...it’s about having educational pathways that link up with your career pathways.”

While there are schools that agree with this model, the main obstacles to implementing such a program are accreditation and financial aid regulations. As Gonzalez-Rivera explained, state and federal financial aid programs use highly specific definitions of what exactly constitutes a valid degree program and therefore what programs can qualify for financial aid. “It has to be 15 weeks, at least 600 semester hours, there’s all these technicals definitions,” he said. “The issue is that colleges are innovating in different ways that have nothing to with how long a student is actually sitting in a classroom.”

These innovations include online coursework, expanded course hours in the evening and on weekends, and year-round programs that expedite the length of the program while accommodating to working students’ schedules. Such programs and innovations cannot be effective if they don’t meet financial aid requirements, as many of the students who would be looking to take advantage are lower income and require financial assistance in order to pursue the programs at all.

According to CUF, 66% of college-attending African-American students nationwide are enrolled at community college. For Latino students that number is 59%. “When it comes to people of color, lower-income people, the very people who really need that leg up to be able to compete in the labor force are the people who are being left behind by policies that have not kept up with the changing demographics,” Gonzalez-Rivera said.

To properly serve the growing nontraditional student population, CUF argues, community colleges must reform to find “ways to innovate so that students are able to get in, learn the skills that they need and get out very quickly.”