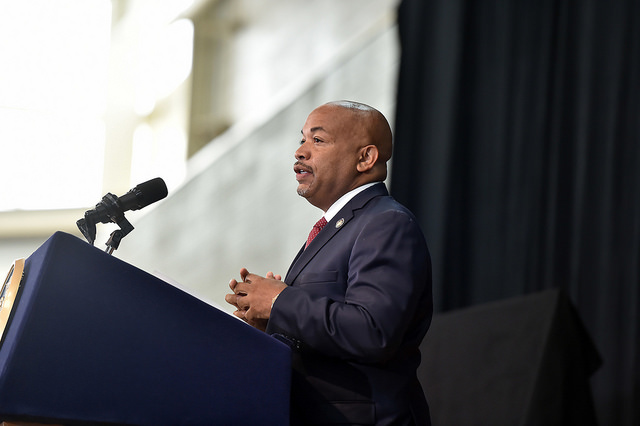 When ethics expert Jane Feldman’s departure from the New York State Assembly, and her appraisal of the experience as “as waste of money,” was first reported by the Times Union last week, many saw it as another blow to reform efforts in Albany.

Feldman told the outlet she she “didn’t do anything” and called her hiring as executive director of the Office of Ethics and Compliance in September 2015 a “P.R. move.” The office itself, according to Feldman, was a windowless space on the ninth floor of the Legislative Office Building with airflow problems that had been carved out of a larger conference room.

Two years ago, the office was created by Assembly Speaker Carl Heastie as part of the newly-selected speaker’s larger commitment to introduce more ethics and transparency measures to the 150-seat chamber. Promises were made, in part, to appease critics frustrated by the backroom speakership appointment process, and to signal a new era after that of infamous former Speaker Sheldon Silver.

Heastie, a representative of the Bronx, created a working group on rules reform, led by Assemblymembers Brian Kavanagh, of Manhattan, and Gary Pretlow, of Mount Vernon, and vowed to choose an “independent” advisor who could offer guidance to members and offer suggestions for improving Assembly processes. Feldman, who previously headed the Colorado Independent Ethics Commission for six years, was chosen by a six-person team following a nationwide search, and was seen as a fresh and independent perspective, someone from outside Albany’s long-standing and secretive power structures.

But during her two years in Albany, Feldman says she rarely spoke to Heastie and found even members who were interested in reforming the Albany process rebuffed her suggestions.

"There are so many things that are so entrenched,” said Feldman, in an interview with Gotham Gazette. “There are a lot of good members who I think want to see ethics reforms, but when I would tell them how other states do things, the attitude was, 'well, that would never work here.'"

Heastie’s office chalked up her experience to a misunderstanding about the job description, saying in a statement, “there was a disconnect between our expectations for the office and this individual’s view of her responsibilities.”

But good government watchdogs say the larger problem is that no in-house advisor could make much of a dent in Albany’s ways, including how the legislative houses operate, the loophole-riddled campaign finance system, an opaque budget negotiation process, and flawed oversight structures.

“Internal oversight is sort of an oxymoron,” said New York Public Interest Group’s Blair Horner. “The fundamental problem is you can’t really self-regulate when it comes to ethics. It’s like self-policing. An honor system only works for the honorable.”

While it might have been helpful to have a person for members to go to for advice, Feldman’s described duties essentially duplicated the role of the Legislative Ethic Commission (LEC), a bi-partisan entity comprised of senators, Assembly members, and outside experts that provides advice to lawmakers on outside income, fundraising, and other conflict of interest queries. In at least one instance, this created a conflict, when the LEC offered one lawmaker different advice than Feldman did about whether the lawmaker could accept a speaking engagement, Feldman told the Times Union.

It would be difficult to reconcile the two interpretations of the law given that opinions produced by the LEC are not made available to the public, and even Feldman said she could not access them. Legislative ethics advisory bodies in other states all make their opinions available to the public, and some of them even tweet out their opinions, she noted.

Even the Joint Commission on Public Ethics (JCOPE), which acts in an advisory role for the executive branch, and its predecessor agencies have made opinions public and publishes a bulk of information online.

By many accounts, the Assembly has become more democratic under Heastie. The majority Democratic conference is consulted more frequently during budget negotiations, leadership opportunities are created for new members, and more hearings for legislation are held. Silver’s extremely intense grip on power has been loosened by his successor. But these strides are “infinitesimally small compared to the needs of the state, which is for radical overhaul of ethics oversight in New York,” according to Horner. “To have an office in the Assembly -- even if it doesn’t have any windows -- to sort of generate recommendations and answers to people’s questions is sort of in the chicken soup category. It doesn’t deal with the cancer of corruption that has plagued the Capitol.”

John Kaehny, executive director of ReInvent Albany, said that the biggest problem plaguing state government is its rampant pay-to-play culture. But while the overwhelmingly Democratic Assembly has repeatedly passed legislation that would curb the notorious LLC loophole, which allows wealthy interests to attempt to influence lawmakers with virtually unlimited campaign donations, the bill has been blocked from consideration in the Republican-controlled Senate. Other efforts at campaign finance reform, including instituting lower caps on individual donations and a public-matching system, have also stalled.

“If it were up to the Assembly, they would probably pass a New York City-style small donor matching campaign finance system, but that’s not the law, and they have to exist within a system that is really corrupt and just a complete swamp of money,” said Kaehny. “So the question of what exactly Jane Feldman was supposed to do is a little elusive.”

When Heastie announced a 2016 ethics reform package -- which included a bill limiting outside income for lawmakers and closure of the LLC loophole -- Feldman said she learned about it viewing the roll-out on T.V., and it became obvious that the job was not as she felt it had been described to her during interviews with the search committee and with the Speaker.

In a statement, Heastie spokesperson Mike Whyland said, “the office was created as a training and expertise resource for members and staff and independent of the Speaker’s office. It was never meant as a position that would craft policy and take part in negotiations, something that would obviously compromise the independent nature of the office. This is an independent, bipartisan office that serves both the majority and the minority and thus has no responsibilities to negotiate laws.”

According to Heastie's own press release, the Feldman was supposed to be involved in "reviewing best practices in legislative ethics to make recommendations for improvements."

But Feldman said the Assembly was resistant to changes as small as publicizing on its website the times that it would go into legislative session. She said she was told that the parties go into conference so it was impossible to predict. “To me this is kind of archaic, but the way members learned what time session would be, is they would get a phone call that said ‘session is going to be at 11.’”

“I was told many times by people that I saw my job as much more important than it was intended to be,” said Feldman.

In 2015, good government groups sent a series of proposals to Kavanaugh and Pretlow for how the Assembly rules could be improved. The letter, signed by Common Cause, Citizens Union, NYPIRG, ReInvent Albany, and the Brennan Center for Justice, recommended that rank-and-file members be able to independently bring legislation with majority support to the floor -- even over objection of leadership -- that allocation of resources be more equitably distributed among members, as well as other transparency and efficiency measures.

“There was resistance to our recommendations, because they didn’t like anything that encroaches on the power of the speaker,” said Horner. “They did make some changes, but I still think there’s a long way to go.”

The working group was criticized for not holding any public hearings and for failing to include input from members of the minority conference, but it did produce a lengthy list of recommendations. The fixes were technological and procedural, with an eye on more transparency and communication, such as ensuring wi-fi service throughout the Assembly chamber, increased use of text alerts for staff and members, improvements to the Assembly legislation database, and livestreaming more committee meetings. There were a handful of notable changes to the committee process, such as one that would allow all members five opportunities to force a bill to be voted on in committee.

“I think there were 90 suggestions that we made, some of them take a longer time than others to be addressed, and most of them were accepted by the speaker,” said Pretlow.

But helping to craft the Assembly’s internal rules reform also, apparently, did not fall under Feldman’s purview. Pretlow said Feldman was not at all involved, adding that he did not interact with her during her time in Albany. Feldman, in an email, clarified that the working group met and had decided on recommendations shortly before she arrived in Albany.

Whyland did not respond to a request for comment on whether any candidates have emerged to replace Feldman or whether the role would be redefined, but he told the Times Union that the Assembly is looking to fill her former post with "someone who understands New York law, truly grasps the serious responsibilities of the office and its independent and bipartisan nature, and is willing to carry out its mission in full."

Clarification: The article has been updated to indicate that decisions about rules reform in the Assembly were made prior to Feldman's arrival.