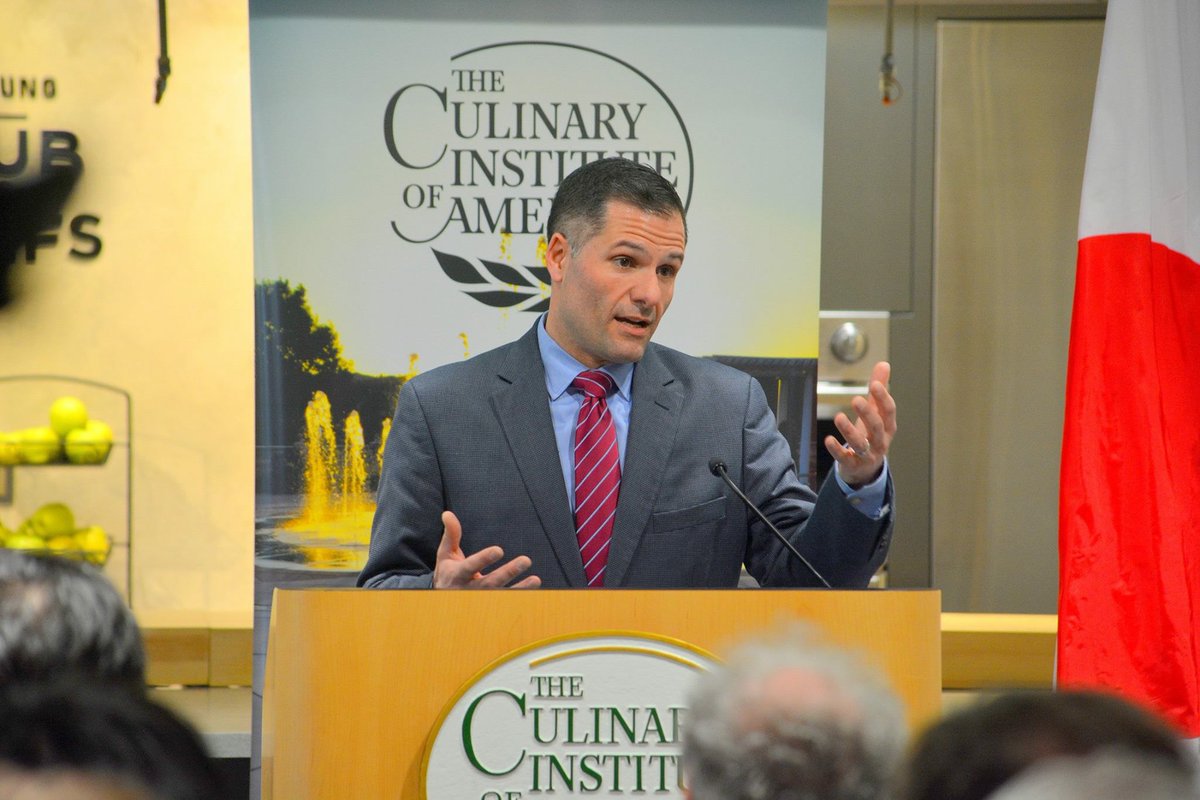 When he formally launched his run for governor earlier this month, Dutchess County Executive Marc Molinaro said that “all New Yorkers are paying a corruption tax.” It is a tax, Molinaro explained, that is the result of both legal and illegal malfeasance, of wasteful, ineffective, and corrupt government. In his initial remarks that day, at events in Tivoli and Albany, and during multiple exchanges with journalists, Molinaro has outlined elements of a reform agenda that, he says, will help restore faith in government that has been squandered under Governor Andrew Cuomo.

As Cuomo, a Democrat, seeks a third term this year, his former top aide was recently convicted on multiple federal corruption charges and a trial is set to begin in June that includes charges against a former top state economic development official who Cuomo empowered, as well as Cuomo campaign donors. The charges against members of Cuomo’s inner circle came amid a long-running parade of other ethical and legal violations by members of state government, including dozens of state legislators. Critics across the political spectrum attack the governor for not better cleaning up state government, as he promised to do when running for governor in 2010 and every year since.

Molinaro, a Republican, is positioning himself as an expert in clean, effective government who will be more inclusive and accessible, and will work across the aisle, while in some instances not easily falling into typical issue stances based on party. Notably, Molinaro has indicated an interest in government ethics and campaign finance reforms that have not been popular among many Republicans in state government. There is also limited appetite among many Democrats for additional ethics reforms and some elements of campaign finance reform.

Molinaro has said he wants to lead an overhaul of campaign finance laws, including possible closure of the LLC loophole, which allows virtually unlimited donations from entities that set up multiple limited liability corporations, and indicated he believes that only people should be able to make campaign donations, not companies, unions, or other organizations.

A former member of the state Assembly, Molinaro has said he wants to institute term limits -- there are currently none for statewide officials or members of the state Legislature -- and has pledged to serve no more than two terms if victorious this fall and again in four years. He’s promised to “end four men in a room” decision-making, referring to the secretive closed-door negotiations that take place among the governor and legislative leaders wherein a hodgepodge of compromises are typically worked out twice a year in Albany, followed by legislators voting through major legislation without having read the bills and without any broader public review.

And, Molinaro has said he wants tougher oversight of elected officials and new methods of allowing the public to participate in government. “We must pass tougher ethics law and enforce them by establishing a truly independent oversight ethics commission. We must implement new procurement rules and provide third party auditing.” Along with term limits, he said New York should adopt “initiative and referendum” measures, which allow the public to put items on the ballot. “Together we must redefine democracy in New York,” he said, “and make this government work for the people.”

During an interview before his official campaign launch, Molinaro told Gotham Gazette, “I'd like to engage in a comprehensive reform of campaign finance.” He indicated he wants to look at “limits on contributions, where they can come from, who they can come from, plus you need to look at the reporting requirements and the need for ultimate transparency there. Then what and how campaign dollars can be spent.”

“I m one of the people that only thinks people should be able to contribute money...those are individual rights, those rights extend to individuals.” He added that “unions have a great deal of influence, corporations have a great deal of influence, the state contribution limits are astronomically out of line to other states, independent expenditure opportunities are pretty broad in the state. There are a lot of those reforms that I think should go hand in hand.”

He stopped short of supporting public financing of campaigns, but indicated some openness depending on strict rules for how money can be spent.

During a recent appearance on The Capitol Pressroom with host Susan Arbetter, Molinaro talked about accountability and transparency, and “establishing procurement rules that keep elected officials from sending contracts to political donors.” He energetically attempted to convince a skeptical Arbetter, who said she’s heard these types of promises from candidates, including Cuomo, before. Molinaro criticized Cuomo’s closure of The Moreland Commission to Investigate Public Corruption and said he agreed with watchdogs calling for a “database of deals” to chronicle economic development spending and its effectiveness and renewed contract-review powers to the state Comptroller.

He went on to say that the Joint Commission on Public Ethics, JCOPE, “needs to be independent” and “I would also empower the Committee and Open Government” and its head, Bob Freeman. Saying “I love Bob Freeman,” Molinaro added that “if you don’t have a watchdog to open up the doors of government for taxpayers, then there will continue to be the secrecy that has corrupted and corroded albany.” He said he wants to make Freeman’s non-binding opinions “enforceable.”

Talking with reporters after his launch event in Tivoli, a village where he grew up and was mayor for twelve years, starting at age 19, Molinaro said, “I had great hope, like many people, that when this governor came into office he would sweep in a new day, but what we seen over the course of the past seven years is of course the new normal. With corruption at the highest levels of state government, in fact so high it’s in the office next to his.”

He went on to say that his campaign will include a focus on telling New Yorkers “that they deserve a government that strives to be honest, that works hard to confront the fact that we have a corrosive, invasive culture of corruption that needs to be confronted at all levels, and it starts really by example.”

[Read: In Run for Governor, Marc Molinaro Will Make a Character Argument]