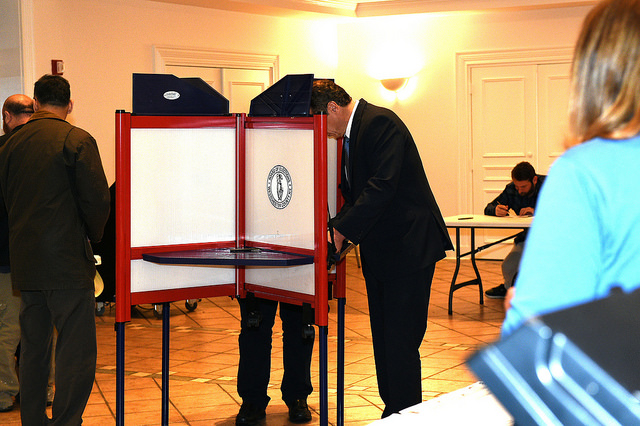 The State Board of Elections voted on Wednesday to hobble the subpoena powers of Chief Enforcement Counsel Risa Sugarman, dealing a significant blow to one of the state’s only election law watchdogs.

The new rules, which were voted on by the board at a commissioners’ meeting in Albany, would require Sugarman to obtain permission from the board members (two Democrats, two Republicans) for each subpoena she plans to issue in a probe, and for the “circumstances of the investigation” to be divulged to the members. Previously, the board approved Sugarman’s ability to make subpoenas in probes, but she was given latitude to make individual subpoenas within a probe.

The new rule also requires that Sugarman provide regular reports to the board members detailing metrics related to her investigations, and for investigations to be limited to six-month timeframes. Sugarman is the first and only person to hold the relatively new position at the board.

She has, in the past, criticized the proposed rule changes as being designed to hobble the powers given to her in 2014, after Governor Andrew Cuomo and Legislature passed a law designed to depoliticize the BOE’s enforcement process.

"These amendments would allow the politically partisan commissioners of the SBOE to impose their own political will on the independent chief enforcement counsel's investigations," Sugarman said in a June letter to the board, obtained by the Albany Times-Union.

The final vote on the measure was 3-1 in favor, with Democratic appointee Andrew Spano dissenting. Before the vote, Sugarman provided sharply critical testimony wherein she accused the board members of attempting to hobble a crucial state watchdog.

“By your vote today, you will send a message,” she said, saying that a “yes” vote would stand for partisan intervention into independent oversight, while a “no” vote would stand for “fair and complete investigations.” Sugarman said that the rescission of unmitigated subpoena power, as well as reporting requirements and a six-month timeframe for investigations, would hobble the enforcement counsel’s ability to fairly investigate campaign finance violations.

Sugarman claimed that the regulations would slow the pace of investigations by requiring approval of subpoenas by the BOE, and would hinder the independence of the investigation by needing approval from partisan appointees. In effect, the commissioners, not the enforcement counsel, would “control the course and content of an investigation,” she said.

“Gutting the Enforcement Counsel’s authority and independence will only serve to encourage more corruption in New York,” Attorney General Barbara Underwood said in a statement. “Our partnership with a strong, independent Enforcement Counsel has allowed us to hold public officials to account for breaking campaign finance laws and cheating New Yorkers. With today’s vote, that work is jeopardized by potential political interference in law enforcement investigations.”

Governor Cuomo, too, opposed the new regulations, expressing his opinion just before the board meeting, though it had been sought for weeks.

“‎We reviewed these draft regulations and believe they are unnecessary and ‎could harm the operations and the independence of the enforcement counsel's office,” Cuomo spokesperson Tyrone Stevens said in a statement on Wednesday morning. “We don't support their adoption and, believe that today's vote should be delayed and members should go back to the drawing board to address these concerns. The Democratic members of the Board of Elections have been informed of our stance."

The enforcement counsel was created to independently deliberate election law violations, instead of leaving the job to the partisan board of elections. After Cuomo faced intense controversy for his shuttering of the Moreland Commission, interpreted by many as a reaction to investigations into his administration or people close to him, he and legislative leaders Sheldon Silver and Dean Skelos (both now convicted of public corruption) fostered the creation of the enforcement counsel as a compromise.

Regardless, the members of the board criticized Sugarman, saying that her office was inadequately enforcing campaign finance law. Douglas Kellner, the Democratic co-chair of the board, said that enforcement had “effectively stopped” since 2014, the year the enforcement counsel was created, in the areas of deficiencies and non-filings of campaign finance disclosures.

Kellner and other board members said that despite thousands of referrals to Sugarman, only a few dozen hearings had been commenced.

One of those government reform groups, Reinvent Albany, issued a statement Wednesday expressing opposition to “the sections of the proposed rules which create new procedures for the chief enforcement counsel to issue subpoenas to persons and committees being investigated for violations of Election or other laws.”

“We believe these procedures will slow or terminate important investigations of alleged violations of Election Law,” the statement continues. “The Board should not seek to undercut the independence of the chief enforcement counsel, who has investigated types of cases not previously taken on by the Election Law enforcement unit of the Board.”

Reinvent Albany supports, however, “the sections related to reporting enforcement activity but believe reporting should be made public and expanded to include all aspects of compliance and

enforcement by the State and county boards of election. The Board currently does not report much, if any, compliance and enforcement activity to the general public, and it should do so as is done by other state agencies while respecting the rights of the accused.”

Republican co-chair Peter Kosinski said that the six-month timetable was necessary in order for voters to know who they were voting for, and whether they had not committed election law violations; Sugarman had earlier said that the timeframe was “arbitrary.”

However, Rockland County District Attorney Thomas Zugibe, who submitted testimony against the new rule, said in an op-ed for loHud in July that board members had admitted in 2013 to only undertaking a single probe in the preceding four years. According to the 2015 Board of Elections annual report, Sugarman received board authorization to seek subpoenas in 19 probes in 2015, with nine cases being referred for possible prosecution. The 2017 report noted that Sugarman had received subpoena authorization in four cases and referred one for prosecution.

The 2013 annual report, before the enforcement counsel position was created, lists no subpoenas or prosecutions.

The board also voted on Wednesday to implement new regulations on political advertising on social media platforms, rules that follow the adoption of a new law passed in this year’s state budget. The new rules will ban foreign entities from purchasing digital ads on social media platforms, and will require ad buyers to register an independent expenditure committee; the board will require that IE’s name be displayed prominently on the ad, as having paid for it.