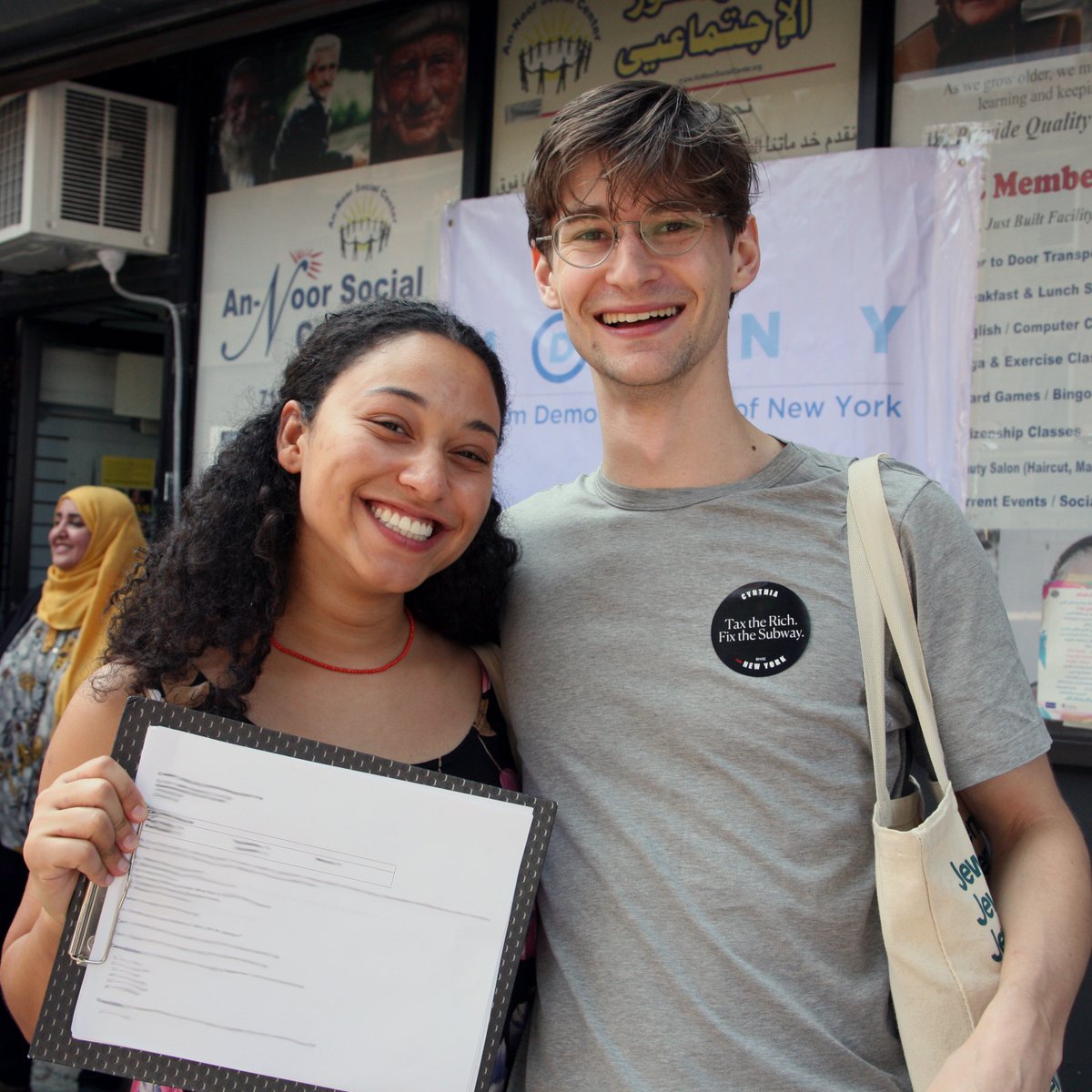 As she attempts an insurgent challenge against a two-term Democratic governor with broad establishment support and deep campaign coffers, actor and activist Cynthia Nixon believes her path to victory, admittedly a “narrow” one, lies among new voters, the mostly progressive and informed New Yorkers who have registered with the Democratic Party in the last four years. The new pool of voters is massive, numbering in the hundreds of thousands, but the question is how many will come out to vote on September 13, a Thursday, and for Nixon at that.

“If you look at four years ago when Zephyr Teachout ran [in the Democratic primary for governor], she got 34 percent of the vote, despite the fact that a lot of people had never heard of her, a lot of people didn’t even know she was running, she couldn’t get on TV until the last two weeks,” Nixon said at a gubernatorial forum in Sunset Park last week, which her opponent, Governor Andrew Cuomo, declined to attend.

In certain ways, Nixon could’ve been talking about her own swing-for-the-fences run that parallels Teachout’s 2014 challenge to Cuomo. Both candidates ran with no prior government experience and from the governor’s left, pushing him to adopt more progressive positions. (Teachout was Nixon’s campaign treasurer earlier this year until she launched her own campaign for the Democratic nomination for attorney general. They have endorsed each other.)

“The people who turn out in a Democratic primary in an off-presidential year are the most informed and the most left-leaning voters,” Nixon continued at the forum. “To be informed about Andrew Cuomo, I believe, is to want to change.”

New York is indeed a low turnout state, if not a low registration one, and in local and state elections participation is often anaemic. Only 574,350 Democratic voters cast a ballot in the 2014 primary for governor -- 192,210 for Teachout and 361,380 for Cuomo, and the rest for Randy Credico, a radio host, comedian, and perennial protest candidate -- even though, prior to the primary, there were 5,873,844 registered Democrats statewide (as of April 1, 2014). By the November general election, in fact, there were 34,585 fewer registered Democrats but Cuomo and his running mate, now-Lieutenant Governor Kathy Hochul, would go on to win by more than 2 million votes.

Two years later, the presidential primary election between former former Secretary of State Hillary Clinton and Vermont Senator Bernie Sanders shook the Democratic base and also motivated independent voters to turnout -- though many were disappointed when they showed up to the polls and ran up against New York’s closed primary system which only allows a party’s registered voters to cast a ballot or were stymied by New York’s rules around changing party registration a year in advance of a primary.

As of April 1, 2016, barely three weeks before the Democratic presidential primary, there were 5,792,497 registered Democrats across the state, lower than in previous years. By November 1, that number jumped to 6,179,734, an increase of 387,237 Democratic voters in just seven months. By April of this year, the number of registered Democrats has increased again, to 6,201,033, of which 3,401,637 are in New York City alone (NY1’s Zack Fink first crunched some of these numbers).

Between April 2016 and April 2018, 330,478 new Democrats registered in the city. Some portion of them, it is believed, changed party registration from unaffiliated in an attempt to vote in the presidential primary, but did so too late for that election.

It’s on those new Democratic voters -- more than 408,000 of them since the last gubernatorial race -- that Nixon is pinning her hopes of victory. “I think what the polls are really not capturing is that, both inspired by Bernie Sanders and horrified by Donald Trump,” hundreds of thousands of Democrats have registered to vote in New York in the last two years, Nixon said. “And I would argue that the vast majority of those are progressive voters.”

But according to an actual pollster, public polling doesn’t back Nixon’s claim, though the election will likely depend on turnout, which is tough to predict, said Siena College’s Steven Greenberg in a phone interview. In a July 31 Siena College poll, the latest in the governor’s race, Cuomo received 60 percent of the vote from likely Democratic primary voters, compared to Nixon’s 29 percent, with the rest undecided.

“I don’t believe it’s true,” that polls aren’t capturing progressive voters, Greenberg said. He noted that eight out of nine registered Democrats didn’t vote in the 2014 Democratic gubernatorial primary, though he assumed turnout may be higher this year.

“We certainly talk to new voters,” he added, insisting that Siena had polled Democratic voters who had registered as recently as June. The polling methodology also accounts for voting history to determine who will be a likely primary voter, he said. “We think we’re talking to those new voters in an appropriate way.”

Though Nixon believes the progressive groundswell in the wake of Bernie Sanders’ presidential campaign will continue to show in this year’s election, Greenberg said that notion doesn’t match up with the past. “We have seen historically that a lot of new voters register to vote in the presidential primary but don’t continue to vote after that,” he said.

And perhaps most daunting for Nixon, Greenberg pointed out, was the fact that voters who identified as liberals in Siena’s July poll overwhelmingly chose Cuomo, who beat Nixon 57-35 in that category (Nixon’s campaign has said that far left voters now identify as “progressive,” which was not an option in the poll, not liberal). Even among younger voters, below the age of 35, Cuomo won by double digits. “Andrew Cuomo has a problem with liberal and progressive leadership,” Greenberg said. “He doesn’t have a problem with rank and file liberals and progressives. They like him and they support him.”

The Cuomo campaign did not provide comment for this article.

“Nixon can make an argument, and it’s a legitimate argument, that Cuomo’s been dragged kicking and screaming to take liberal positions,” he continued. “But the voters don’t know that.”