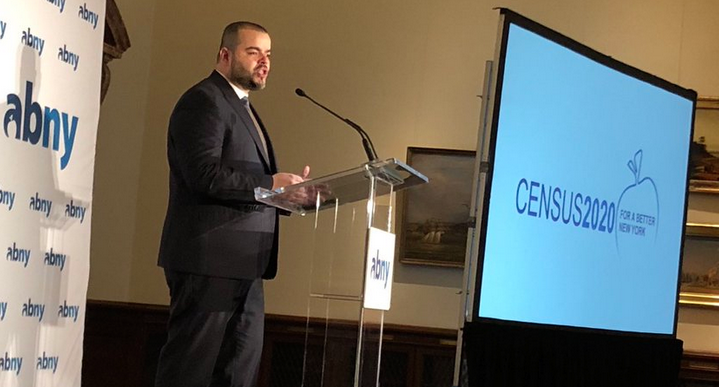 A new poll about the 2020 Census released Thursday showed New Yorkers, particularly Democrats, agree with what elected officials and advocates have expressed fear over for months, that adding a question about citizenship status on the 2020 Census would depress responses and risk an undercount that could have far-reaching consequences for the state.

A Quinnipiac University poll found that 49 percent of New York residents think it’s a “bad idea” for the Census to question if people are citizens, while only 29 percent believe it’s a “good idea.” The poll results showed a strong split along party lines -- 61 percent of Democrats think the question is a bad idea while 66 percent of Republicans believe it’s a good idea. Overall, 89 percent thought that the citizenship question would discourage undocumented immigrants from answering the Census questionnaire; 61 percent believe it would discourage even legal immigrants from responding; and 44 percent of all respondents said they knew someone they thought would be discouraged from filling out the Census form.

“New Yorkers have a clear message for the federal government: if you want an accurate count of the population, don’t ask a citizenship question,” said Mary Snow, Quinnipiac University polling analyst, in a statement. Though the planned inclusion of the question was struck down by a federal judge, in a lawsuit led by the office of the New York Attorney General, now occupied by Letitia James, the Trump administration is appealing the judgement and the Department of Justice has sought to take it directly to the Supreme Court and bypass the Second Circuit Court of Appeals.

The poll was released Thursday morning at the New York Public Library at an event hosted by the Association for a Better New York, a leading business coalition that requested that Quinnipiac conduct the poll and has been taking its own approach to the Census (ABNY did not provide any input on the poll). ABNY Census coordinator Melva Miller announced the launch of a new committee called Census 2020 for a Better New York, chaired by Ford Foundation President Darren Walker and former New York City Planning Commission head Carl Weisbrod, who is currently senior advisor at HR&A Advisors.

“This really has to be a civic effort that involves everybody, but it really does depend on government the effort and doing the job right,” Weisbrod said.

“Let’s not forget that this is also a competition,” he added, pointing out that New York is fighting for federal funds just like other states. “It’s a division of resources, not just an expansion of resources, and we’re in competition with states all across this country.”

At the event, several state and local elected officials and representatives of Mayor Bill de Blasio’s administration reiterated the ramifications that New York would suffer if the state’s population is not accurately tallied in 2020. The state would risk losing two seats in the House of Representatives, affecting its strength in Congress and in the electoral college, which determines presidential elections. It could cut billions in annual federal funding for the state, affecting about 300 government programs for vulnerable populations like children, seniors and the homeless.

“[O]ur most core democratic principles are at stake when you think about our representation,” said Julie Menin, the former commissioner of both the Department of Consumer Affairs and the Mayor’s Office of Media and Entertainment, who de Blasio recently put in charge of the city’s Census outreach efforts. “But it really goes even farther than that. What we really believe a citizenship question really is about is an attempt to defund blue progressive cities and to increase funding to red states.”

Menin said the city is focused on distributing grants to community groups and will eventually roll out a “really extensive mass media campaign” targeted at specific communities, hinting that the city would include funding for Census outreach in the upcoming budget (the mayor’s preliminary budget plan for next fiscal year is due out in early February). Advocates from the New York Counts 2020 coalition, made up of dozens of organizations from across the state, say $40 million is needed just to conduct outreach in communities above and beyond the city’s and state’s own efforts.

There has been slower movement at the state level where Governor Andrew Cuomo just announced this week the creation of the New York State Complete Count Commission after it had already missed a January 10 deadline to file a comprehensive report.

At Thursday’s event, Assemblymember Marcos Crespo, co-chair of the Legislative Task Force on Demographic Research and Reapportionment, said he was “disappointed” with the state’s momentum and the lack of funding in the governor’s executive budget proposal, but was optimistic that leaders in government understand what is at stake. “I’m somewhat disappointed that the [governor’s executive budget proposal] didn’t already include this money but I’ve had conversations with the second floor,” he told reporters after the event, referring to the governor’s office in Albany’s Capitol building. “I think they understand this is something we have to address and invest in early. We can’t wait till the eleventh hour.”

Crespo wasn’t worried that the Complete Count Commission, which was created through a bill he sponsored, hadn’t issued its report yet. He said its findings would likely just reinforce the already-acknowledged need for resources. “If anything, the recommendations of the commission should be, how best to spend those resources,” he said. He doesn’t expect, however, that the report will be completed before the state budget is approved by the April 1 deadline.

“I don’t know if it’ll be able to meet and study all this in-depth before the state budget,” he admitted. “But we know enough already from other sources, we know what’s needed, we have a good sense what’s needed and I think we can make the allocation and figure out the distribution later.”

Note - This article has been updatd to clarify that ABNY requested the poll from Quinnipiac, they did not commission it.