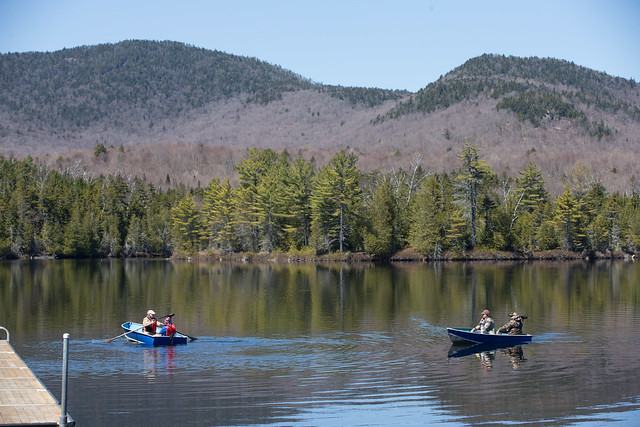 As the Climate and Community Protection Act (CCPA) gains increasing support from state and federal legislators, the state Assembly and Senate will soon decide whether or not to vote on the bill, which now has a majority of sponsors in both houses of the Legislature but not the support of Governor Andrew Cuomo.

The CCPA, described by many as New York’s attempt at a Green New Deal, has three major components. The bill would end reliance on fossil fuels by moving the state’s economy to 100% renewable energy by 2050, invest 40% of clean energy funds in disadvantaged communities, and provide higher wages for environmentally-friendly jobs.

In recent days, the coalition supporting passage of the CCPA, called NYRenews, has announced endorsements from officials including Senators Charles Schumer and Kirsten Gillibrand, Rep. Alexandria Ocasio-Cortez, and most other members of the New York congressional delegation (Reps. Hakeem Jeffries, Grace Meng, and Max Rose are the only members of the New York City delegation not to endorse the CCPA).

According to Steve Englebright, the lead Assembly sponsor of the CCPA, the bill is “based on the timeline scientists recommend to avoid catastrophe.”

In spite of growing support for the bill, it’s unclear if the two legislative majorities will make it a top priority for end-of-session negotiations -- the session is scheduled to end June 19 -- and Governor Cuomo has not included it in his recently-released top 10 priorities for the state over the next few weeks.

“I believe this is the most pressing issue of our time but I don’t want to play politics with it,” Cuomo said on WNYC radio’s The Brian Lehrer Show on Tuesday. “I know the politics is we can do everything by tomorrow. I’ve never done that,” Cuomo said. The governor repeatedly indicated to Lehrer that he wants to move aggressively to fight climate change but that the CCPA is not a realistic piece of legislation given its requirements to overhaul much of the economy.

Cuomo made headlines, and waves, last month when he said he “does not foresee anything specific for the end of the session” regarding climate change legislation.

The CCPA has passed in the Assembly every year since 2016, but a Republican-controlled Senate did not put the legislation up for a vote. With Democrats now controlling a wide majority in the Senate, hopes have been high that the bill would reach Cuomo’s desk. Legislators appear content to work with the governor to negotiate an agreement on new environmental regulations rather than force his hand. Often in Albany, the more contentious issues that find compromise are combined into a budget or end-of-session omnibus package.

Cuomo has warned of the possible economic impact of the CCPA. “When you talk about this transition for the economy, think about what you are talking about. No carbon emissions, new airplanes, no trains that run on diesel, all electric cars, closing all the power plants. This is a massive transformation,” Cuomo said on WNYC.

Still, the bill’s sponsors, activists, and others are pushing back against his pessimism. According to Englebright, the bill is not attempting to “do everything by tomorrow. 2050 is a time horizon well beyond tomorrow,” he said on Wednesday’s Brian Lehrer Show.

Leaders in both the Senate and the Assembly have indicated support for the CCPA, though they have not assertively pushed it of late. Assembly Speaker Carl Heastie indicated the CCPA as one of his priorities in an agenda for the Assembly released at the start of the new session in January, but he has not been forceful about it of late. Senate Majority Leader Andrea Stewart-Cousins was non-committal on Friday’s Capitol Pressroom radio show, when asked about the status of the CCPA, saying she is “personally committed to doing the best climate change package.”

“We have a working group going on right now to see what we can do before the end of session as it relates to the CCPA. I believe we’re going to have something before we leave,” Stewart-Cousins told Capitol Pressroom host Susan Arbetter.

State Senator Todd Kaminsky, lead sponsor for the CCPA in the Senate, also said the CCPA is a priority, but the Senate is still ironing out some details. Kaminsky said he would like to see the bill include more provisions for energy efficiency and interim goals.

“Heastie has given us the compass direction on this,” Englebright said Wednesday on WNYC, appearing with Kaminsky. “I anticipate that we will pass it again this year. Speaker Heastie is committed because he understands the importance of this for all the people of the state.”

“There's no time to waste on protecting New Yorkers from climate change, creating green jobs, and making sure we do it with racial and economic justice at the center,” said Bill Lipton, director of the New York Working Families Party, in a Wednesday press release from NY Renews touting that the CCPA had achieved a majority of sponsors in both houses.

Kaminsky and Englebright are optimistic about the CCPA”s chances, seeing similarities in the CCPA and Cuomo’s proposed climate regulations as a part of the budget passed in March.

“It has the same framework as the CCPA, so I don’t think we’re all that far apart in terms of where we are as a state decarbonizing our economy,” Kaminsky said.

A difference between the CCPA and Cuomo’s budget proposal lies within the 40% investment of clean energy funds into disadvantaged communities, Englebright said. These communities have often suffered disproportionately from lapses in environmental care, so it is especially important they receive investments in renewable energy, good jobs and training, Kaminsky said.

The deadlines for moving away from fossil fuels are also different, and while Cuomo’s benchmarks are focused on the state’s electricity, the CCPA is focused on the entire state economy. (Some legislators and activists want the more aggressive Off Fossil Fuels Act passed, but there appears little formal discussion of the legislation as the legislative session winds down.)

The CCPA also has the potential to increase economic investment in the state, Englebright said. If implemented it could “unleash the genius of American capitalism and New York innovation,” he said.

Despite Cuomo downplaying the CCPA, with its rising popularity, some, including Kaminsky and Englebright, expressed confidence the bill will be voted on this session.

“We have the votes – what are we waiting for,” Lipton said.