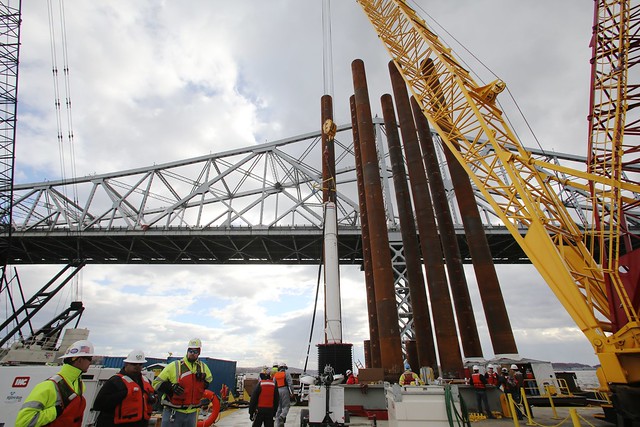 As part of their end-of-session rush, the State Legislature passed this year’s state capital budget, months later than usual after it was not passed as part of the other budget bills that moved on or before the April 1 start of the new state fiscal year.

One provision of the $3.9 billion capital budget added $385 million to the coffers of the opaque State and Municipal Facilities Program, often referred to as SAM, which has in a sense replaced the old “member item” system for awarding pork projects to legislators, while also providing the governor millions to work with.

SAM already has over $1.9 billion in unspent funds that have been rolled over from previous allocations. As of June 12 of this year, there are over 1,800 grants currently administered under the program that amount to just over $988 million in current or planned spending, which leaves about $1 billion remaining for the governor and state lawmakers to use at their discretion. This is more than SAM has spent in any single year since its inception.

Now, there is the additional $385 million that has not been committed to any particular projects, leaving almost $1.4 billion to be used as a pork barrel program for state legislators and Governor Andrew Cuomo.

These funds can be used for any number of things, from additional police cars for local departments to playgrounds and skate parks to local library renovations. The programs are not immediately lined out in the budget, but allocated based on an even less transparent internal process.

The program is relatively new, having been started by Governor Andrew Cuomo and legislative leaders in 2013, the same year that Republicans and the Independent Democratic Conference first formed a majority coalition in the State Senate. Former Senator Jeff Klein, the one-time leader of the IDC, was the biggest beneficiary of the program, getting $12 million from 2013 to 2015, much of which came from SAM, according to Politico New York. During that period, Klein received more earmarked funds than any other state senator and other IDC members were also top receivers of earmarks.

SAM can be seen as a successor to member items, a process where legislators could use money from a discretionary fund controlled by the legislature for projects in their districts.

According to McMahon, member items “amounted to $100 million or so a year at their peak,” but SAM will now be authorized to spend over $2.3 billion in the coming years. According to SeeThroughNY, run by the Empire Center, the state government spent over $500 million through the same program in 2018.

Cuomo opposed member items as Attorney General and during his 2010 gubernatorial campaign. Funding for member items stopped in 2009, but it only took four years before a new discretionary fund for legislators and the governor emerged. (Cuomo was first elected governor in 2010.)

Now, the governor is an active participant in the “pork barrel” program akin to the one he previously opposed. According to McMahon, Cuomo gets to “claim his own big hunk [of SAM funds], and has used it to supplement capital spending in areas that already have their own very large capital budgets,” such as the MTA.

There is only one member of the 11-person board who is not directly affiliated with the Governor or state legislators. The Governor and legislators request funding for local projects and then their appointees approve them.

With the IDC no longer around and the state facing fiscal challenges, the program’s future was slightly in limbo when it was not included in the April budget, as the whole capital budget was kicked down the road.

Governor Cuomo line-item vetoed about $44 million of the budget’s capital spending after it passed the State Legislature. However, he had said in an interview with WAMC radio that the capital budget would be dealt with “in the coming weeks” while also declaring that his infrastructure agenda is “the most aggressive infrastructure plan in the United States of America.”